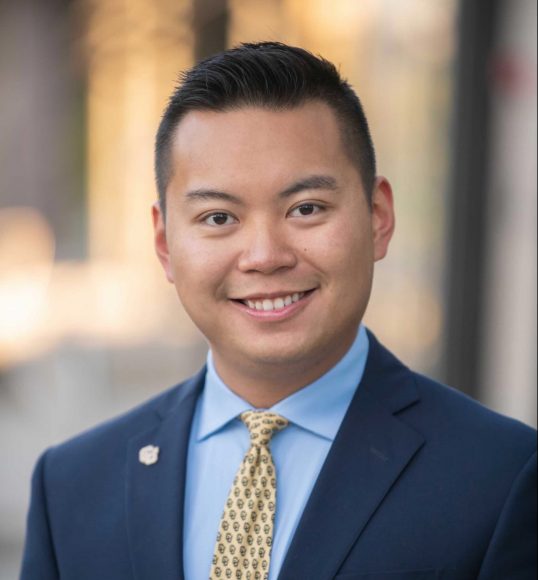 Johnnie Nguyen is a former University of Colorado student and teacher. During his time at CU, Nguyen also led, lobbied and protested for CU to block the Kennedy nomination. Now, he has chosen to run for CU Regent.

Nguyen says that he wants to focus his campaign platform on access to education, diversifying campus and being an advocate for the LGBTQ+ community.

Nguyen applauds CU’s representation of the LGBTQ+ community but believes that becoming the university’s first openly gay regent is important because having “the top of the university be representative of those students” struggling could inspire and help them.

Coming out during college was not an easy step for Nguyen but he said that by using the resources that CU Boulder offers, he was able to move forward.

Nguyen’s plan also includes fighting for access to education. He says many people don’t get the opportunity to get into college and if they do, many of them are unsure what path they want to take and face financial pressure due to loans.

“My big platform is all about access to education,” he said. “I’m going to work towards advancing that pipeline from k-12 to college.”

Nguyen’s parents’ highest education was middle school, making him a first-generation student; his parents immigrated to the United States from Vietnam. Initially, communicating with people was challenging for Nguyen because of the language barrier.

“Being a first-generation student throughout the United States education was really rough for me because I put up with things like racism, with English being my second language, with the schools I was in being heavily under-funded,” he explained. “There was just a lack of opportunities.”

Nguyen graduated high school with a 2.7 GPA – a GPA he said he thought might not get him into the university.

Much to his surprise, he got an acceptance letter from the university and said he was grateful to be given the opportunity to further expand his education.

“CU just gave me a chance, they accepted me … even though I had such bad grades, they still took me in and they gave me an opportunity, it was like a fresh start,” he said.

During his time at college Nguyen, who majored in political science and minored in ethnic studies, dedicated the majority of his time to school and being involved on campus by joining several student organizations, including student government.

Nguyen said that his time at CU let him build political connections because of his work as a legislative aide and on campaigns.

“I think about how lucky I am to have built a political network that has helped me out, but I also recognize that it’s a huge privilege because not everyone gets to do that,” he said.

Nguyen said that one of the reasons he wants to become the next CU Regent is because of his “big position of privilege.” He recently became a lawyer and believes that because he has his life figured out, he can help students who currently feel lost.

Though elections have not yet taken place, Nguyen said he spends time mentoring students currently and plans to do it more frequently if he gets elected. He also hopes that this role will help him pursue his career aspirations.

“It’s a really great place for me to also balance my legal career while serving public office,” Nguyen said.