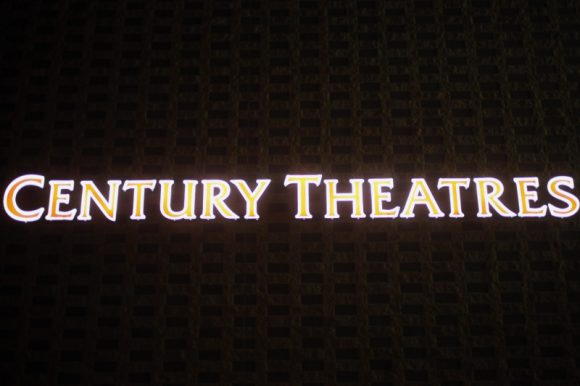 On Sunday, Sept. 5, two days after the opening night for “Shang-Chi and the Legend of the Ten Rings,” the theatre was packed. After the Marvel Studios opening credits played, accompanied by Michael Giacchino’s instantly recognizable jingle, a scorched battlefield appeared on screen. It had been destroyed by the titular ten rings, which are powerful enough to demolish an army of thousands and massive city walls.

“Shang-Chi” is the best work Marvel has made in years. “Loki” and “What if…?” notwithstanding, it soars above “WandaVision,” “Black Widow” and “The Falcon and the Winter Soldier.” While the latter shows were a mess of unlikeable characters, forced conclusions and some pretty severe cultural pandering, “Shang-Chi” is not.

This movie is also culturally significant, an important step toward AAPI representation in Hollywood. “Shang-Chi” is the first live-action Asian superhero and also the first superhero film directed by an Asian American director, Destin Daniel Cretton (known for “The Glass Castle” (2017) and “Just Mercy” (2019)). It delivers a respectful portrait of Chinese history and values while avoiding the blatant appeasement to the Chinese Communist Party that films like “Mulan” fell victim to. It is telling that “Shang-Chi” is still not approved for release in mainland China. The film also delivers an inspiring message: You may be a product of your parents, both the good and the bad qualities, but what sets you apart is how you chose to live those out.

Although this was Cretton’s first foray into the superhero film genre, he did not miss a beat. “Shang-Chi” is a fresh take on the origin story, though the childhood backstory is at times underdeveloped. The story follows Shaun/Shang-Chi (Simu Liu) as he navigates every millennial’s dream job of valeting BMWs for hotel patrons.

This changes when Shang-Chi and his best friend Katy (Awkwafina) are attacked on their bus to work. The pair embark on a journey to Macau and meet with Xialing (Meng’er Zhang), Shang-Chi’s sister. The trio is captured by the siblings’ father, Xu Wenwu (Tony Leung), and they learn that he is communicating with their long-dead mother, Ying Li (Fala Chen). To defeat their warmongering father, Shang-Chi and Xialing must confront their personal demons, issues with each other and other problems from their past.

The fights in this film are gorgeous, in full view and frequent. They lack the ferocity of “Ip Man” (2008) but are not humorous like many of Jackie Chan’s. There is a fight sequence on a bus that could have devolved into a claustrophobic quagmire of quick cuts and shaky cam. Cretton, stunt coordinator Brad Allen and fight coordinator Andy Cheng know better. The audience sees every blow as the camera keeps the fight in full-frame. Cretton, Allen and Cheng find a happy medium between the brutality of some martial arts and the lightheartedness of other Marvel films. At times, these scenes also take on elements of “Crouching Tiger, Hidden Dragon” (2000) and “Avatar: The Last Airbender” (2005).

In a refreshing change, “Shang-Chi” actually has a good villain. Although Marvel has seen a villain problem several times in the past, Xu Wenwu is spectacular. He’s nuanced, nasty and driven. Yet, he also has a softer side that we see at many points of the film, which adds a level of depth that previous baddies like Killmonger just don’t have.

As Xu Wenwu, Leung really carried this movie. He commanded every scene he was in and walked the line perfectly between a caring father and a cruel, power-hungry warlord. Though the idea of a caring father is called into intense question at a few points, Wenwu ultimately gets a chance to redeem himself. He brings sensitivity and respect to a character that was a product of racism and the yellow peril of the past.

The good characters don’t stop there.

Liu plays Shang-Chi phenomenally well. He conveys emotion at just about every important moment, in line with Robert Downey, Jr. and Chris Evans. Zhang as Xialing was another standout. While her character doesn’t command all the scenes she is in, she does save the day in a few. The issues with her character boil down to the lack of introduction early on in the film.  However, Zhang crushes what she was given. A pissed-off sister forced to reunite with her brother and attempt to take down her father? That could have been a movie all by itself.

Awkwafina as Katy was the only letdown. She truly shines when confronting Shang-Chi about his past. Other than that, she rarely adds to the film and could almost be cut from the film. Her quips fall flat at times. At the climax of the film, she does something that Xialing or Ying Nan (Michelle Yoh) could easily have done.

Overall though, the film delivers a wonderful product. It is sensitive to the culture it portrays without using racist tropes, while also being an undeniably great Marvel film.

‘Truth to Power’: the power of art for social...