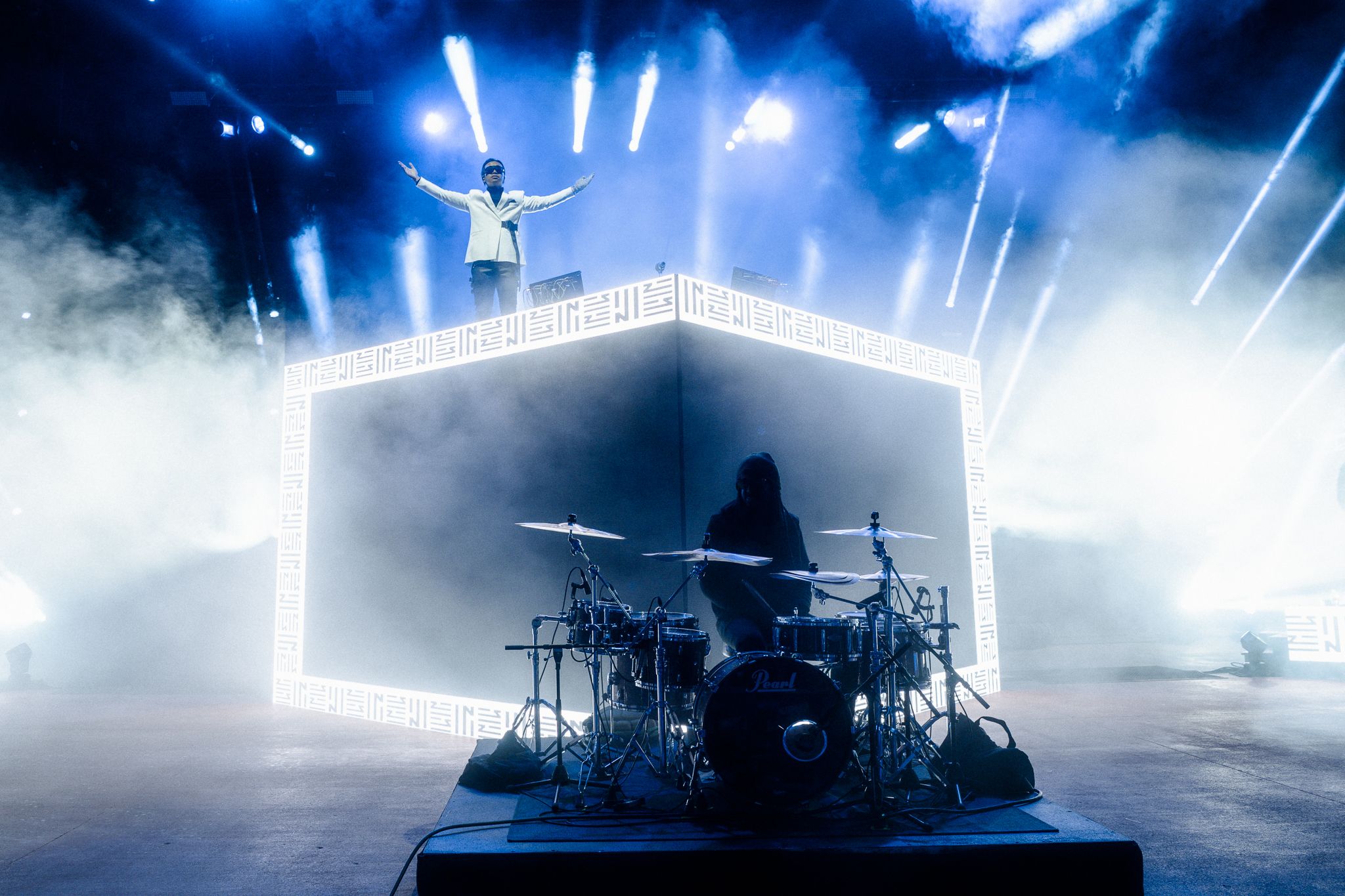 From the towering mesas jutting out on either side of the stage, to the eerie isolation of the mountainous venue, it doesn’t take much to know that any given show at the alien-like Red Rocks Amphitheatre is unique in its own right. However, it’s hard to find a better example of a show being enhanced by its venue than when ZHU took the stage on May 5, the second night of his six-part “DREAMROCKS” concert series at Red Rocks.

Known on stage only as ZHU, the mysterious producer has garnered a devout following in the EDM world for his brand of the genre. His music often prioritizes alluringly spacey synths to generate an eerie atmosphere that burns slowly throughout his records, rather than the fast-paced build-ups and exciting drops that have become prevalent in more mainstream EDM acts. ZHU’s despondent chord progressions and airy, falsetto-like lyrical delivery give his music a dark edge while remaining entirely danceable — for a non-EDM comparison, think The Weekend. That carefully curated musical persona was fittingly put on full display from the moment ZHU took the stage at the otherworldly venue.

“Life’s a risk, but we’re here tonight,” ZHU proclaimed to raucous applause, or at least, as much applause as a socially distanced crowd of a couple hundred could generate. Regardless, this bunch of mostly-masked concert-goers—braving both a pandemic and unusually frigid May temperatures—were prepared to live it up for the night at the amphitheater as if nothing was different than normal.

Standing atop a minimalistic, neon-lit cube, ZHU began tearing through his discography from his recently released “DREAMLAND 2021” album and old classics from 2018’s “Ringos Desert” and 2016’s “Generationwhy.”

While mainly relying on the familiar electronic sounds of his recorded work, ZHU’s onstage performance found itself accompanied by a saxophonist and guitarist, often tearing through the booming beats with a refreshing sense of vigor, like the guitar-slamming rendition of “Risky Business.” An easy highlight from the performance was his rendition of “Guilty Love,” which mixed deep house beats with saxophone riffs to craft an exciting live recreation of one of the artist’s most popular tracks.

While ZHU’s live arrangement took its time, often delving into long instrumental breakdowns, none of the three musicians seemed interested in leaving their neon cubes to roam the stage and take the physical spotlight for the performance. This lack of stage presence actually worked in ZHU’s favor — it seemed the artist was content reveling in anonymity. An atmosphere that worked to propel the surreal ambiance of his music into the foreground. Plus, it seemed eerily fitting for a performance made impersonal due to the sea of people obscured by face masks.

Most of the performance consisted of ZHU standing atop his cube, letting the flurry of sleek visuals give his fans something to look at while they became lost in the trance-like atmosphere of his music. Removing oneself from the center of attention during a musical performance is a bold creative choice that wouldn’t work for many artists, but the audience never lost energy from the beginning of the act to the end. ZHU reminded them why he’s just the artist to continue to thrive off anonymity.

By the end, the hypnotic tempo and seamless transitions between wildly different sides of his body of work made for a long set that felt all too short. However, ZHU’s six nights at Red Rocks, all of which will play host to hundreds of fans, serves as a promising reminder that plenty more live music will return to the state of Colorado in the coming summer months.

ZHU will continue his “DREAMROCKS” series on May 9, 10 and 11. Tickets can be found here.