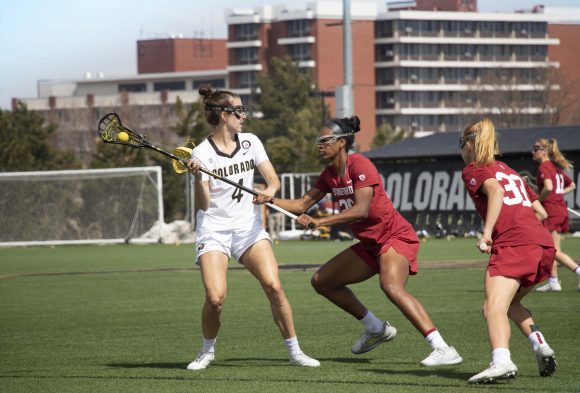 The Buffs lost a back-and-forth overtime battle to No. 20 Stanford on Saturday, March 20. Senior defender Eliza Cahill brings the ball up to CU’s offense at Kittredge Field. (Lauren Eppich/CU Independent)

The University of Colorado lacrosse team suffered an overtime loss Saturday afternoon to the No. 20 Stanford Cardinal by a final score of 10-9 at Kittredge Field.

At times, the Buffs’ offense looked unstoppable, while at other times, it stagnated. Overall, the offense simply could not bury the pesky Cardinal.

Colorado contended nicely with Stanford senior forward Ali Baiocco, who in her previous two games tallied 16 points and earned herself Pac-12 Offensive Player of the Week. Due in part to great defense and outstanding goaltending by senior Julia Lisella, the Buffs were able to hold Baiocco goalless and with only two assists.

“I think we tried to play team defense,” head coach Ann Elliott Whidden said. “But at the end of the day, it (holding Baiocco goalless) doesn’t matter. If one player doesn’t score, they have other players that score.”

Despite the lack of offensive production by Baiocco, Stanford found production from senior attack Galen Lew. Lew ended the game with three goals and three assists while creating offensive opportunities on nearly every Stanford possession.

The game started slowly as both teams were held scoreless until the 21:41 mark in the first half when Lew put the Cardinal up 1-0. After Lew opened the floodgates, Stanford’s game seemed to open up, and its offense started to sustain pressure on the Buffs. During this attack, Lisella stayed firm, making tremendous save after tremendous save. At the 8:30 mark in the first half, Lisella solidified her incredible performance with a SportsCenter Top 10 worthy diving save.

Fueled by the goaltending effort, the Buffs capitalized on some scoring opportunities and utilized a great play out of a timeout to help junior midfielder Kasey Braun score her first career goal and put the Buffs up 4-3 with just 18 seconds remaining in the first half.

The Buffs looked strong coming out of halftime, scoring three goals in the first ten minutes of the half to go up 7-4. With 14:43 remaining in the game, junior attacker Charlie Rudy gave the Buffs a commanding 9-6 lead. After this goal, CU’s offensive seemed to stall, and the Cardinal crawled their way back into the game.

Two Stanford goals gave some momentum to the Cardinal, but with under 1:30 left in the game and the ball in the offensive zone with a full 90-second shot clock, it appeared the Buffs would be able to hang on to the win. In desperation, the Cardinal pulled their goalie to try and force a turnover. After a few physical plays resulting in fouls, Stanford’s desperation tactics paid off as Stanford created a turnover and marched the ball downfield to score with 22 seconds remaining to tie the game at nine.

In overtime, Stanford fifth-year senior midfielder Mikaela Watson netted her third goal of the game with 3:46 remaining in the overtime period to give the Cardinal the win.

While the outcome was devastating for the Buffs, there were many positive takeaways from the game, including Lisella’s fantastic goaltending.

“I thought defensively we played well,” Whidden said. “Julia put us on her head, and at the end of the day, we didn’t make enough plays.”

The Buffs suffered their first conference loss and dropped to 2-3 on the season. They’ll look to bounce back on Monday when they take on the California Golden Bears at 2:00 p.m. MST at Kittredge Field. 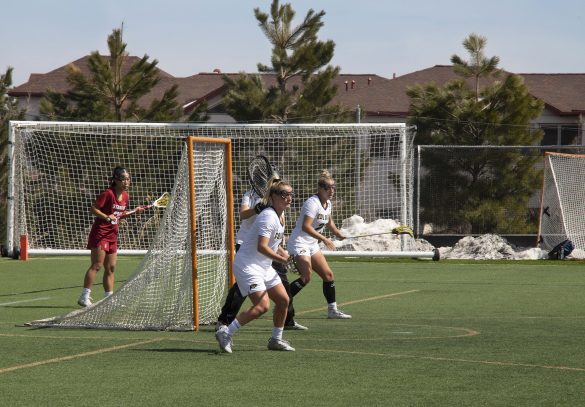 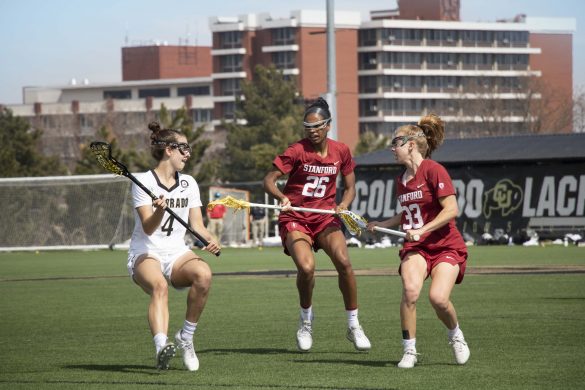 The Buffs lost a back-and-forth overtime battle to No. 20 Stanford on Saturday, March 20. Senior defender Eliza Cahill brings the ball up to CU's offense at Kittredge Field. (Lauren Eppich/CU Independent) 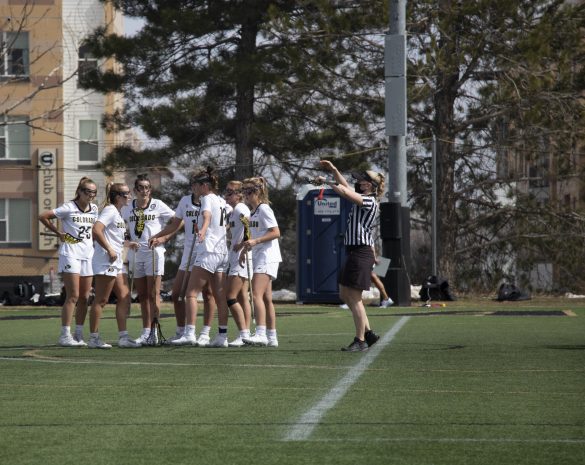 Colorado fell to No. 20 Stanford at Kittredge Field on Saturday. Colorado's attack participates in a group huddle after a successful goal made by senior attacker Sadie Grozier. March 20, 2021. (Lauren Eppich/CU Independent) 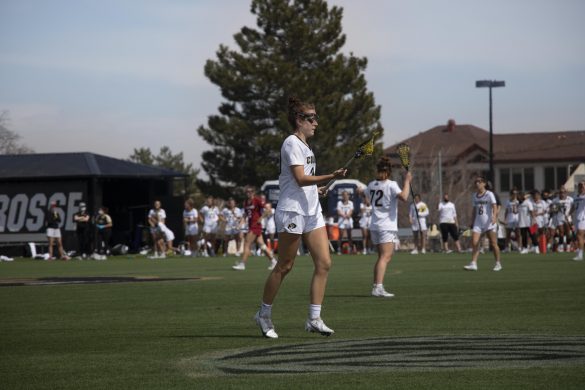 Senior defender Anna Collawn takes the ball to the offensive side of Kittredge Field during the second half. March 20, 2021. (Lauren Eppich/CU Independent) 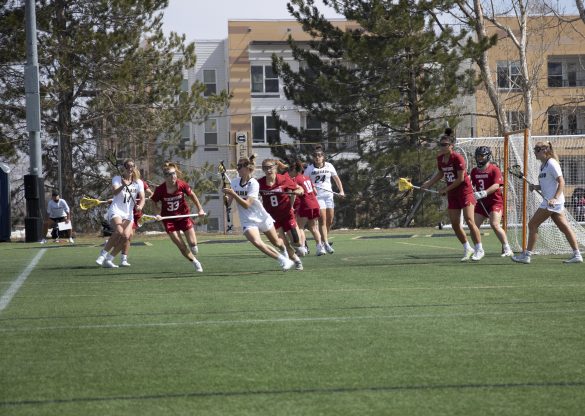 Colorado fell to the No. 20 Stanford Cardinal at Kittredge Field on Saturday, March 20, 2021. (Lauren Eppich/CU Independent) 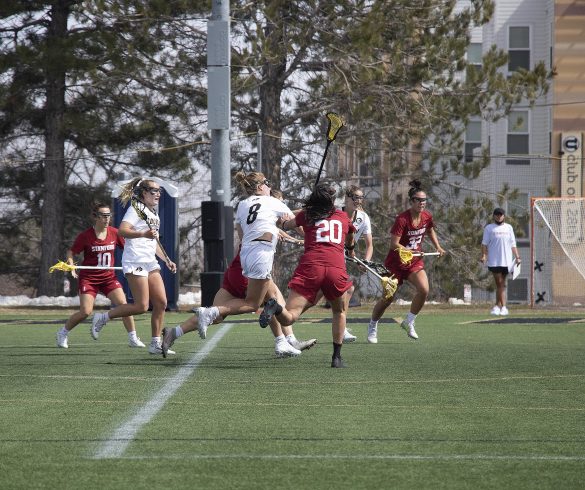 Senior attacker Sadie Grozier makes a shot against Stanford in the first half of the game on March 20. (Lauren Eppich/CU Independent)