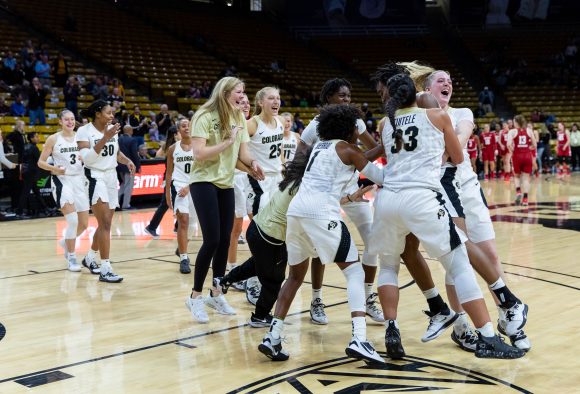 “Kindyll (Wetta) and Kennedy (Taylor) both embody so many great qualities that we prioritize in our program,” Payne said. “They have impeccable character. They’re great teammates and they’re extremely competitive. I have zero doubt that they will have a huge impact on our program and Buff community for years to come.”

“She is a true low-post threat and also brings a level of athleticism and versatility that will allow her to impact the game offensively and defensively,” Payne said. “She loves to be challenged and strives to be the very best she can be. Kennedy’s potential on the court is off the charts and we are so excited to get her to Boulder where we can start working with her.”

Wetta, a Colorado native from Castle Rock, attends Valor Christian High School and is currently ranked as the No.16 point guard in the nation by ESPN. As a three time letter-winner, Wetta led Valor Christian to a 25-2 record last season. The 5-foot-9 guard averaged 18.6 points per game as a sophomore and shot 57 percent from the field. Wetta’s family has ties to the Buffaloes with her mom Valerie Johnson playing for Colorado under the great Ceal Berry.

“Kindyll is hands down one of the best players in the state and we couldn’t be more excited that she chose to stay home and represent the great state of Colorado,” Payne said. “Kindyll’s competitiveness, tenacious mindset and desire to be great are unmatched and that will allow her to compete at the Pac-12 level immediately. I have every expectation that Kindyll will be an impact player for us.”

Payne has high expectations for the pair of signees and believes they’ll become an integral part of Colorado basketball in the near future.