A fragile, 50-year-old EPA must be fixed after the Trump presidency 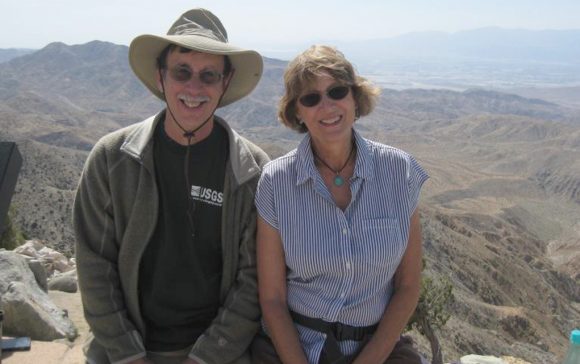 William and Rosemarie Alley, part-time Longmont residents and authors of “The War on the EPA” (Courtesy of the Boulder Bookstore).

The Environmental Protection Agency (EPA) will turn 50 this December. But this birthday is hardly a cause for celebration — in 2020, the EPA is in the most precarious, vulnerable position since its creation in 1970.

Part-time Longmont residents, William and Rosemarie Alley, will lead a discussion of the agency’s recent challenges and how to rebuild it, all outlined in their recent book, “The War on the EPA,” published Jan. 30. The virtual event, hosted by the Boulder Bookstore, will be held on Thursday, Nov. 12, at 5 p.m. on Zoom.

William Alley was Chief of the U.S. Geological Survey’s Office of Groundwater for nearly two decades and has worked with the EPA for over forty years. This is his third collaborative book with his wife, Rosemarie Alley, a freelance writer.

For the last four years, the Trump administration has tried to demoralize and undermine the EPA by dismantling climate policies and reversing regulations of air and water pollution, drilling and extraction, infrastructure, animals and toxic substances. Eighty-four of their planned 104 rollbacks have gone into effect, leaving America’s environment and public health even more at the mercy of business interests.

“Under Trump, this has been the darkest hour for the EPA,” Rosemarie Alley said. “We are not just losing the war on climate change. We have lost our credibility with the world.

“Today we need the EPA as much as ever. The environmental problems that kicked off establishing the EPA in the 1970s were very visible, such as Cleveland’s burning Cuyahoga River. But today’s problems are not visible to the naked eye and are more global in extent.”

But the war on the EPA began long before Trump. It began with the war on science under the Reagan presidency in the 1980s.

“Everything EPA does depends upon responsible, robust science,” Rosemarie Alley said. “This war on science, which predates Trump, has done very significant damage to the EPA’s ability to fulfill its mission: to protect the environment and human health.” 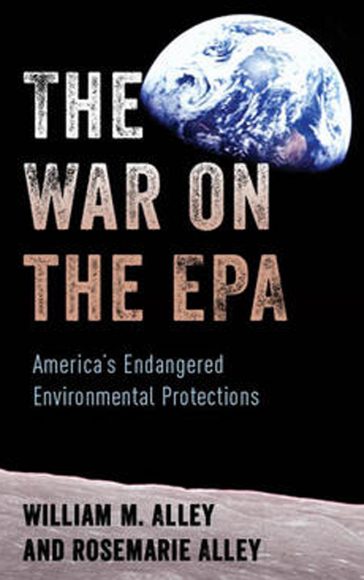 “The War on the EPA,” published Jan. 2020 (Courtesy of Rosemarie and WIlliam Alley)

Trump’s main reasoning behind “the war on the EPA” is the need for state autonomy over federal government regulations.

States, however, are too “soft-pedaling” to effectively create environmental regulations for businesses, according to Rosemarie Alley. That is why the EPA was originally created in the 1970s.

“The states didn’t do a very great job because there was an immediate conflict of interest,” Rosemarie Alley said. “States are very focused on attracting business, industry and manufacturing and keeping it there. If they make environmental regulations too strenuous, a lot of those business entities are going to move to a more business-friendly state.”

But Trump’s biggest blow to the EPA occurred when he withdrew from Paris Climate Agreement in 2017, later dismantling Obama-era regulations and plans to slow climate change.

“The three main ways the Obama administration tried to meet the Paris Climate Accords were increase fuel efficiency for autos and light trucks, reduced emissions from coal-fired power plants and reduced methane from oil and gas operations,” William Alley said. “Those were intimately connected to EPA regulations and have been overturned by Trump.”

For example, the war over the “Waters of the United States,” which decides what waters are covered in the 1972 Clean Water Act, could end up in the Supreme Court soon. Under the Trump administration, William Alley said, “50% of the wetlands that were previously covered are no longer covered,” and “emphemeral streams, which flow only during rain vents,” aren’t either.

“That battle (of wetland regulations) hasn’t ended,” William Alley added. “It always ends up back in the Supreme Court. Having a conservative Supreme Court judge is going to make a difference in that particular ruling.”

“Our wetlands are extremely important to the environment,” Rosemarie Alley continued. “They are known as the kidneys of the land. They have a cleansing properties and are are essential for migratory birds.”

Now, as the Trump era ends, perhaps “the darkest hour of the EPA” too is near its end. During the upcoming Biden presidency, hopefully, the administration can begin to rebuild the credibility and strength of the EPA, re-regulate Trump’s significant rollbacks, rejoin the Paris Climate Agreement and end the war on the EPA.

To restore the EPA back to the pre-Trump era, Biden certainly has work cut out for him.

Sign up for the virtual Zoom event, hosted by the Boulder Bookstore, here. Tickets are $5. “The War on the EPA” is available to purchase here on Amazon.