“Humanity’s best days lie ahead of us”: Nikhil Mankekar is the youngest recipient of the George Norlin Award 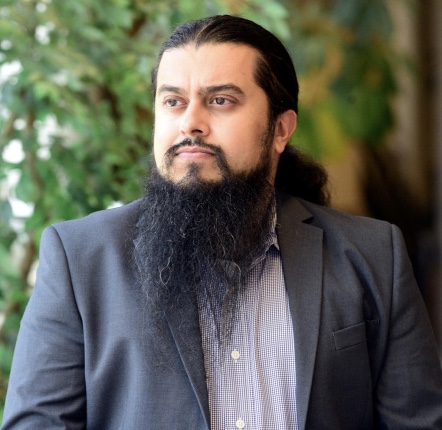 The University of Colorado Boulder’s George Norlin Award annually recognizes exceptional alumni that have excelled in their chosen profession and demonstrated a commitment to bettering their community and society in general.

Nikhil Mankekar, this year’s recipient of the George Norlin Award, is the youngest person ever to be awarded this honor, for his work championing human rights across Boulder County and greater Colorado.

Mankekar, who graduated as valedictorian from the CU Boulder Leeds School of Business in 2001, said that this award is even more meaningful coming from his alma mater. And while he explained that it is humbling and a tremendous honor to be recognized with this award, he emphasized, “Everything I have done is because it’s the right thing to do.”

His long list of accolades come from his work fighting for the rights of minorities in Boulder including Black, Indigenous and people of color, women, the LGBTQ+ community and people experiencing homelessness.

Mankekar is the first Indian and Sikh-American appointed to a board or commission in Boulder. As past two-time chair of the city of Boulder Human Relations Commission, he has made many positive and lasting impacts on law and policy. In his six years as Chair, he has fought the criminalization of homelessness in Boulder, helped establish new housing and mobile home protections, co-founded Boulder’s Indigenous People’s Day and added gender inclusive language and protections to the city’s human rights ordinance.

Something he is especially proud of are his efforts in spearheading changes to Boulder’s hate crime ordinance, which was a culmination of over a decade of work. These updates to the ordinance which were passed in fall of 2019 allow for increased prosecutorial ability in proving motive, grant greater protection for religious expression as well as offer new ways to support victims of hate crimes.

Boulder County District Attorney Michael Dougherty worked closely with Mankekar in changing the hate crime ordinance and said that he is “beyond deserving” of this award for his dedication to the community.

“He’s very active in the community and very much a leader for the entire community,” Dougherty said. “I just have such gratitude and respect for Nikhil as a person and a leader — he’s just genuinely committed to improving the world around him.”

In her nomination letter for this award, Suzanne Jones, Boulder’s former mayor, explained, “Nikhil did an extraordinary job as a human relations commissioner where he achieved a long list of accomplishments and became known for his perseverance in advocating for human rights and working on behalf of marginalized and voiceless populations.”

“He deserves our appreciation for his dedication to the community and the advancement of human rights,” Jones continued. “I have greatly valued working with him.”

Being a first generation Indian and Sikh-American, Mankekar’s work comes from a place of lived experience, being faced with discrimination in his own community. Instead of molding himself to fit in with the world, he wanted to change the world to be a more equitable and inclusive place.

“What makes this award special is that my life has not been a straight line,” Mankekar said. “I’ve struggled, I’ve experienced discrimination and bias and hate. To have come through that in such a big way and to have built so many great friendships and relationships that I get to share the award with now, and to have stayed in my home town and made these positive changes through the community… all of that is why it’s special.”

While Mankekar has always had his eyes set on the future and the work that is yet to be done, this award has served as a moment to pause and reflect on the work that he and others have accomplished over the years through collaboration.

“There’s a lot of hope because I can point to my journey along the way and say that by good people coming together and working for good, humanity’s best days lie ahead of us.”

He now serves as a Diversity Equity and Inclusion consultant where he hopes to continue serving his community.

“To be receiving this honor in 2020, amidst all of the social unrest, is special to me because it shows that I was ahead of my time, but I’m also right on time now,” he concluded. “And I’m in position to help the community and the world meet this moment — when we really need it.”