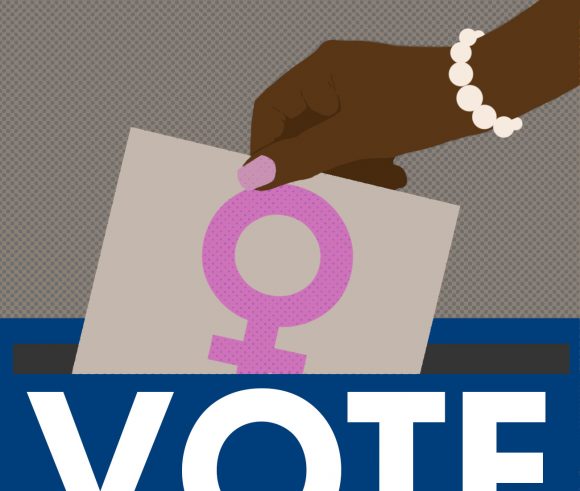 Election day is fast approaching and with only two days left until Nov. 3,  ballots have been mailed and debates have been watched.  Citizens around the country are anxiously awaiting the outcome of what president Donald Trump has titled “The Most Important Election In US History.”

Women’s rights are all over the ballot this election. In Colorado, two propositions could directly affect women. Proposition 115 could roll back abortion rights and Proposition 118 promotes paid medical and family leave. Meanwhile, the two presidential candidates hold different goals for women and their rights at a national level.

Since 1980, women have voted at a higher rate than men. In the 2016 election, women made up nearly 60% of voters. Statistically, women have had a large influence on the turnout of elections because of their high voting rates. If 2020 reflects any recent previous years, this will remain true.

When it comes to electing the next President of the United States, the candidate that supports women more should be clear and here is why.

At least 26 women have accused Trump of sexual misconduct since the 1970s. Eight women have spoken out against former vice president Joe Biden making him no exemplar for respecting women. However, Biden has a plan to end violence against women and Trump has remained silent on the subject.

The Violence Against Women Act, which was originally sponsored by Biden 25 years ago, is meant to preserve women’s civil rights and their safety. The Act includes plans to end the rape kit backlog, expand safety nets for survivors, protect immigrant women and more.

The Trump administration rolled back Title IX protections by only considering attacks to be real assault if they are severe, pervasive, and objectively offensive; putting students at greater risk for sexual assault. Biden created a written plan to reinstate Title IX protections from the Obama administration by increasing enforcement protocols that oversee assault reporting across college campuses.

Biden’s plan should be near and dear to the hearts of female University of Colorado Boulder students’ seeing that 28% of undergraduate women at CU Boulder have experienced sexual assault of some kind.

Colorado state senator Faith Winter works directly with creating protections for women within Colorado and helps women run for office. Winter believes Colorado has been under attack from the current administration and is hoping for a change.

“You have one president that believes in doing anything to get his way to the top including disrespecting and hurting women, and you have another president that has empathy and beliefs in equality,” Winter said.

Trump’s stance on women’s rights is very clear. With a slew of allegations and infamy for attacking women, Trump himself is what women need to be protected from.

Based on his track record, Trump being in office for another four years is a recipe for more oppression of women. Within his first 100 days in office Trump’s administration removed funding for the United Nations Population Fund. UNFPA provides family planning to more than 150 countries and in 2016 alone averted nearly 100,000 unsafe abortions. Currently, Trump’s administration is working to repeal an executive order that promotes equal pay. His nomination of Justice Amy Coney Barrett for a chair in the Supreme Court only emphasized his plan to dismantle reproductive services for women.

Coney Barrett stayed silent about her stance on Roe v. Wade during her confirmation hearings and has a history of opposing abortion rights. With Coney Barrett now holding a chair on the Supreme Court and the risk of Proposition 115 potentially restricting women’s abortion rights in Colorado, women’s reproductive rights are directly under attack.

“When you’re experiencing something that difficult, you shouldn’t have to be thinking about politics. You should just be working with your doctor,” Winter said.

Winter believes it essential for young women to vote this year. “Your entire future is impacted by the outcome of this election,” Winter said.

Women are finally a part of the conversation when it comes to their own rights and liberties. Exercising that freedom by voting is necessary to prevent losing hundreds of years of wins that were not easy to gain.

This election, women must vote like their rights depend on it, because they do.