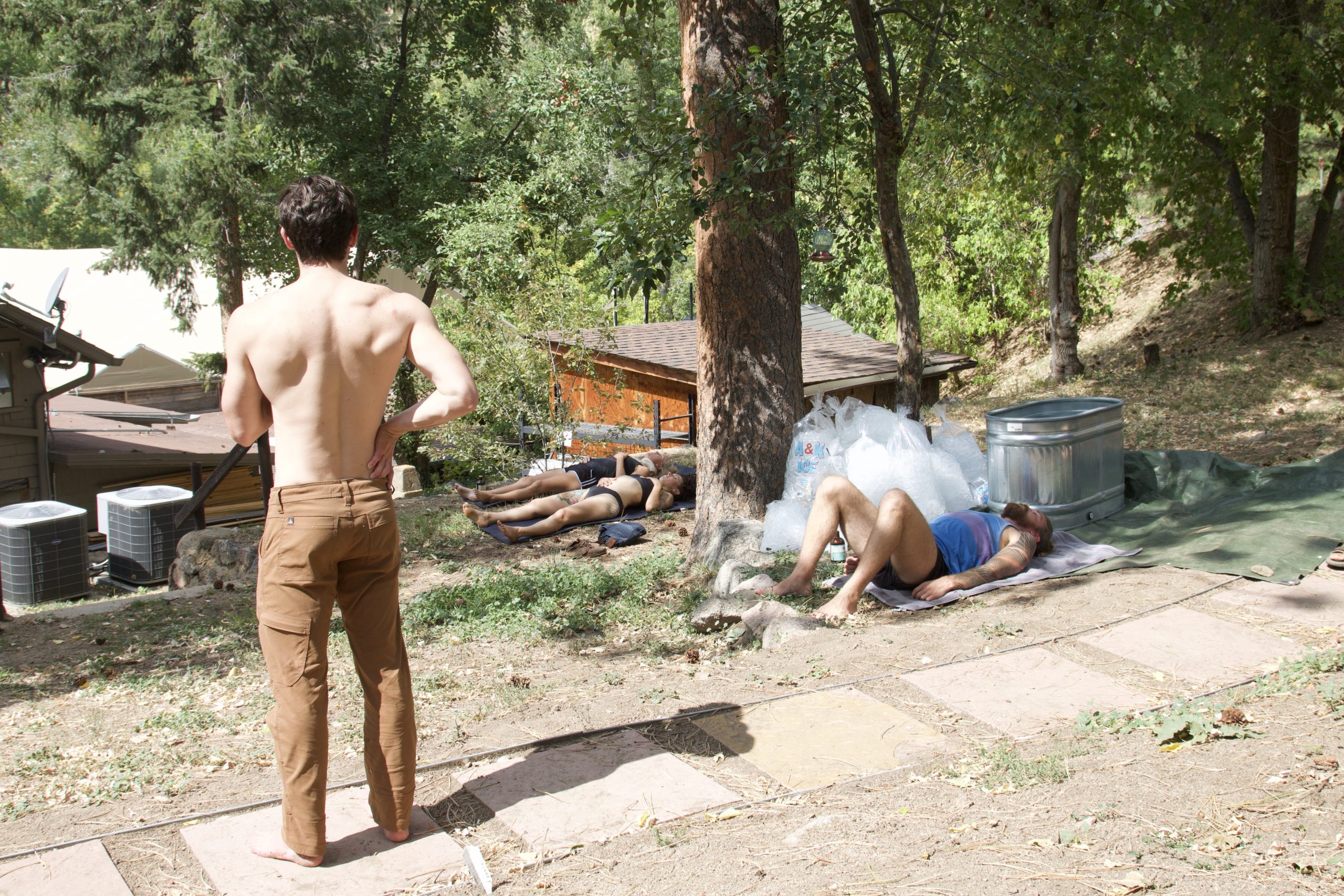 Instructor Justin Weiss guides the group through the initial breathing exercises in preparation for the ice bath. (Harry James/CU Independent)

In Boulder, a fun and chilly event is held every Sunday called Ice Church. The event is hosted by Justin Weiss, an expert in the Wim Hof method of breathing and overcoming cold temperatures.

At 18 years old, Weiss was diagnosed with fibromyalgia, a chronic pain disease.

“It started fatiguing me, affecting my life pretty detrimentally, and I started exploring everything I could to remediate it,” Weiss said. “I had spent thousands at that point, all the income I was making at a health foods store, and nothing was helping.”

Weiss’ friends sent him a Vice News documentary on extreme athlete Wim Hof, also known as “The Iceman.” Someone in the video mentioned that Wim Hof’s teachings had helped them overcome their chronic pain.

“So I used all the money I had that summer, bought his ten-week course, started practicing and in three days (experienced) the most relief I ever felt!”

Weiss attributes the method’s success with his chronic pain to the way it shuts down the autoimmune system and its therapeutic benefits on mental health. Ice Church is a completely free event, only accepting money to be put towards a new non-profit each week. “It’s been positive for everybody,” Weiss noted cheerfully.

The event is held in Boulder Canyon at the cabin Weiss shares with his partner. The attendees started the socially distanced event by forming a circle outside Weiss’ cabin. Weiss began by guiding everyone through gradually more intense breathing exercises as fast-paced music played in the background to set the pace of inhale and exhale. Participants hyperventilated and held the breath, pumping air rapidly from their abdomen up into their chest.

Weiss encourages everyone to go at their own pace, allowing attendees to enjoy the experience in their own way.

After the breathing finished, Weiss and some friends filled up the ice bath in preparation. Sarah, a first-time attendee from Westminster, Colorado, expressed her fears before her first plunge into the cold water.

“I’m about to get into the ice bath and it’s pretty scary, won’t lie, and I feel a lot of emotions right now, but overall I’m really excited!”

Each person took their turn dunking themselves in the ice bath and sitting in the cold water for the specified time as everyone else cheered them on. Despite the cold and the slight pain, each person had a cheerful look on their face, enjoying their success at overcoming the cold surrounded by people who are cheering them on all the way.

After the plunge, Sarah noted: “I feel pretty accomplished, I feel like I was able to overcome my fear of the cold… and I’ll be coming back.”

All in all, Ice Church is a fun and rewarding experience. As effective as the Wim Hof method is described to be, the best part of the whole process is the rewarding feeling of overcoming your own fear of the cold and the sense of community that results from the bond of overcoming it together.

Below is a gallery of photos from their weekly meeting. 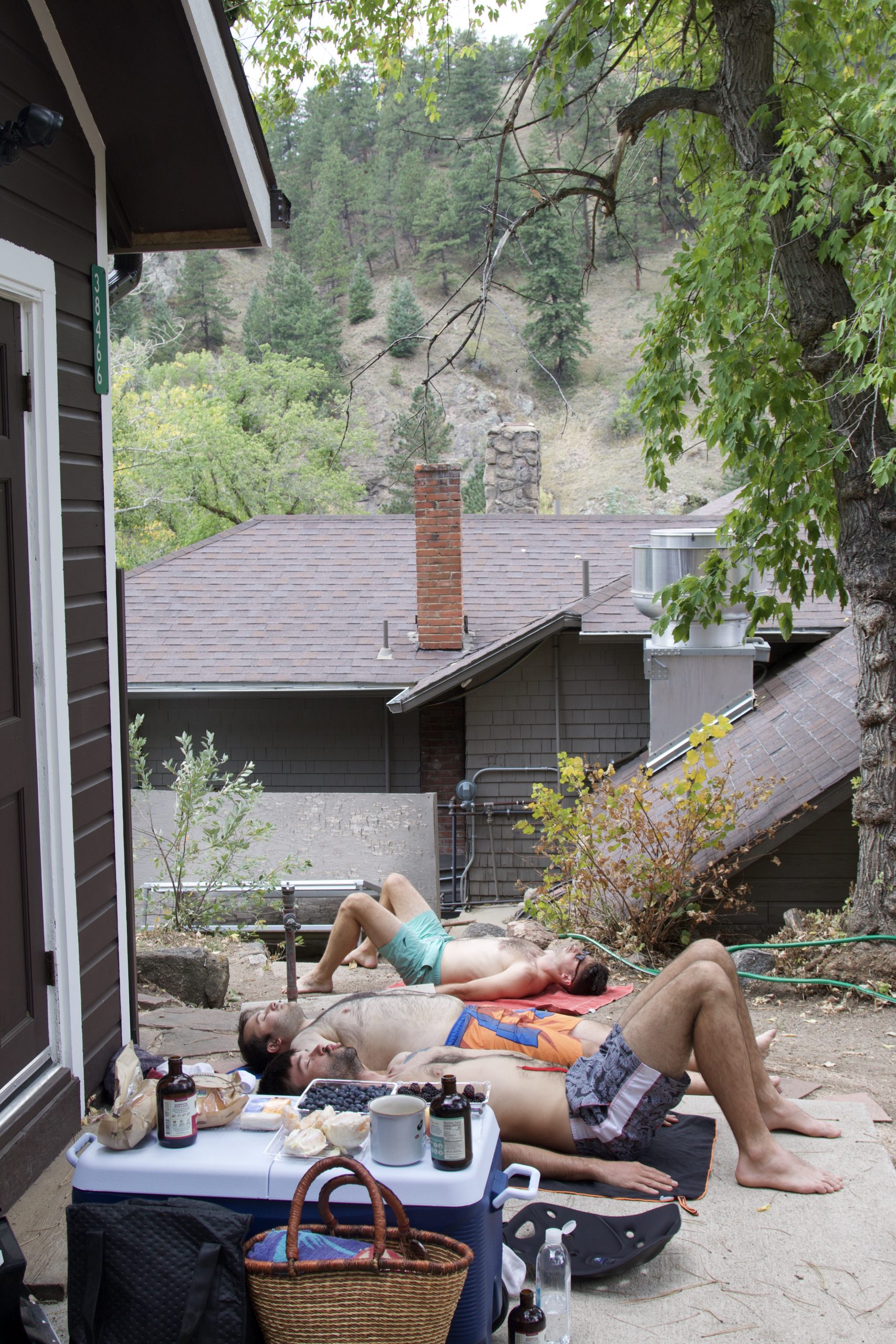 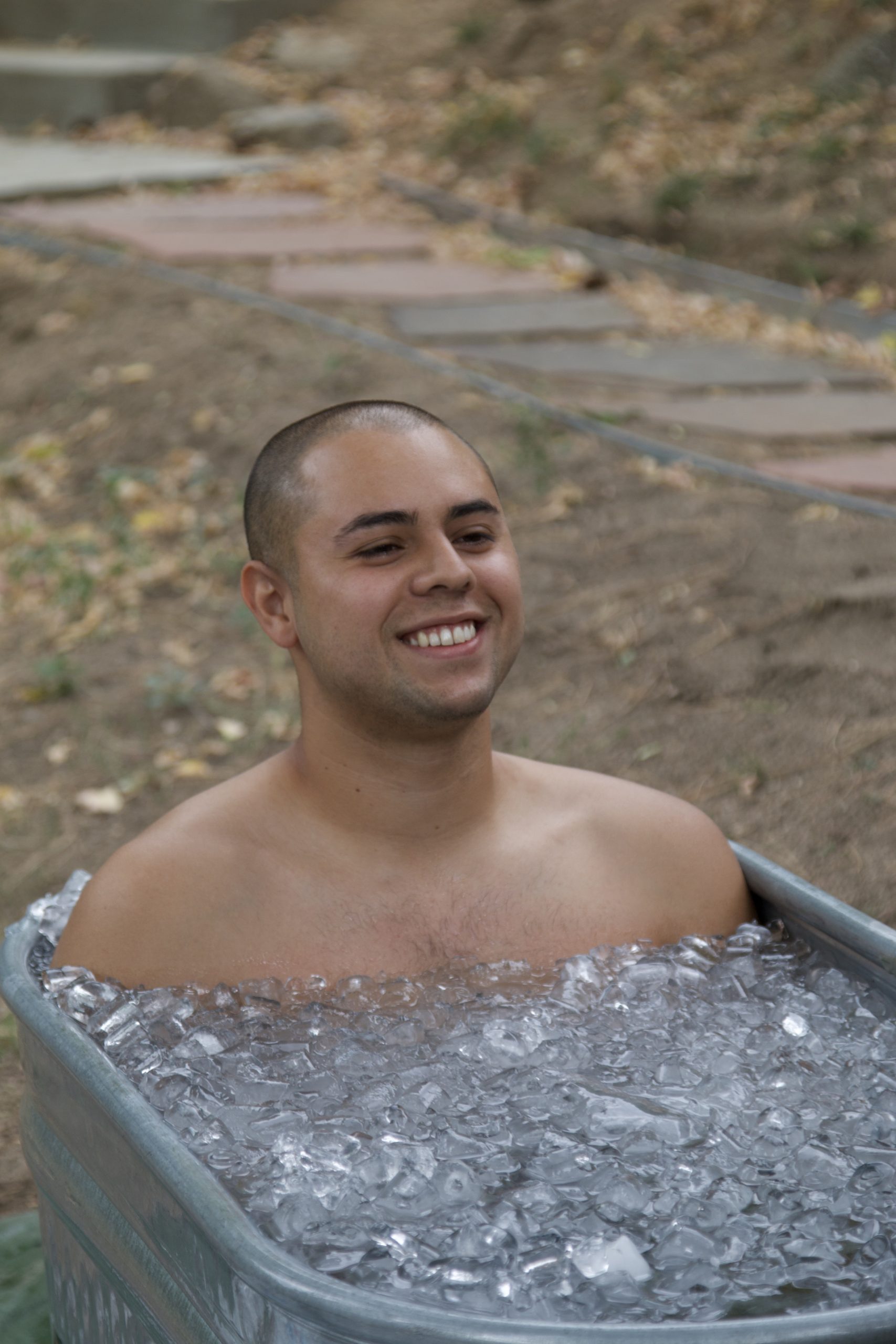 Jose Miranda enjoys the cold. “Since we started the first breathing techniques I started feeling way better, comfortable with the people and the environment.” (Harry James/CU Independent) 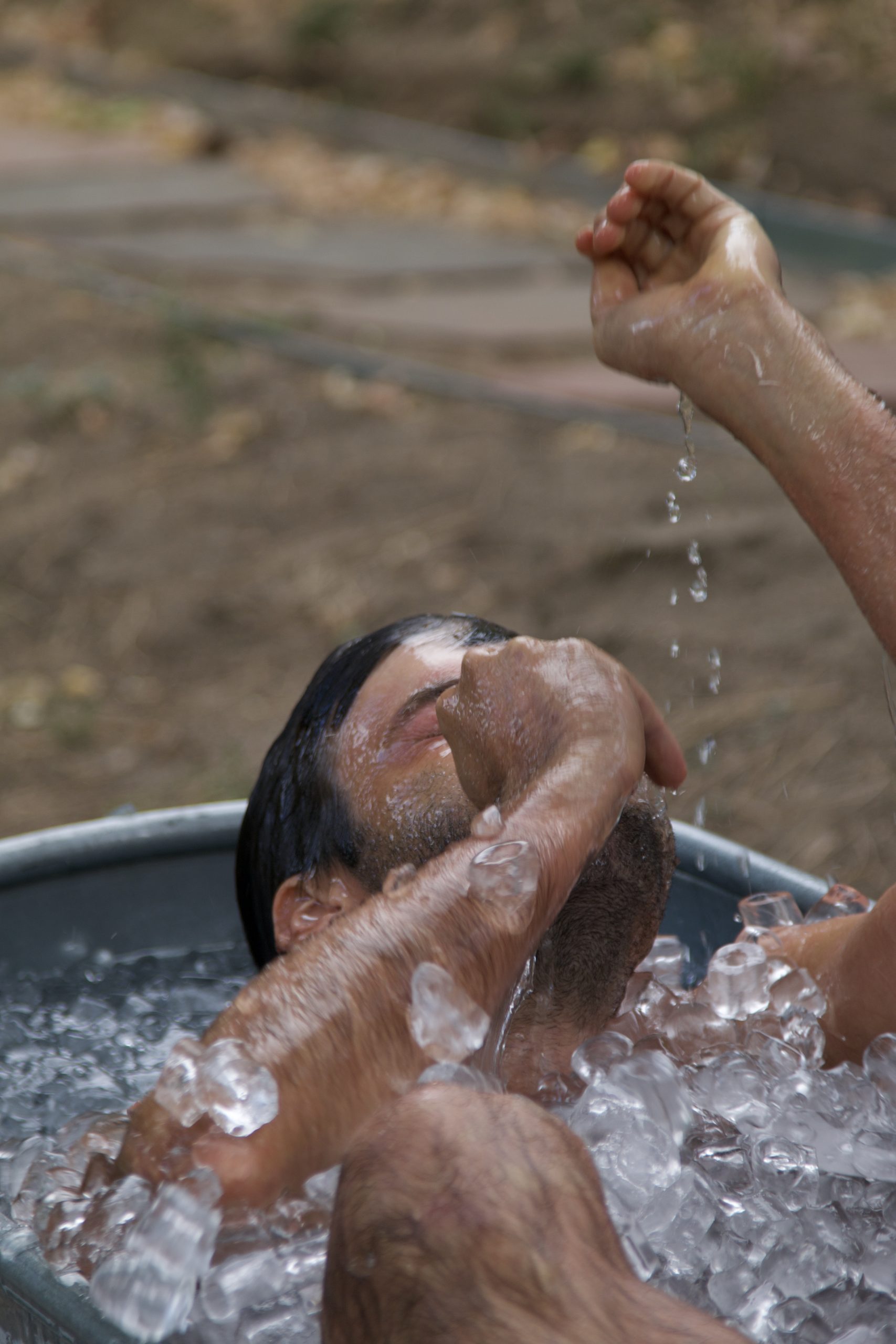 Austin, a Boulder native, reacts to the cold as he dunks his head in the ice bath. (Harry James/CU Independent) 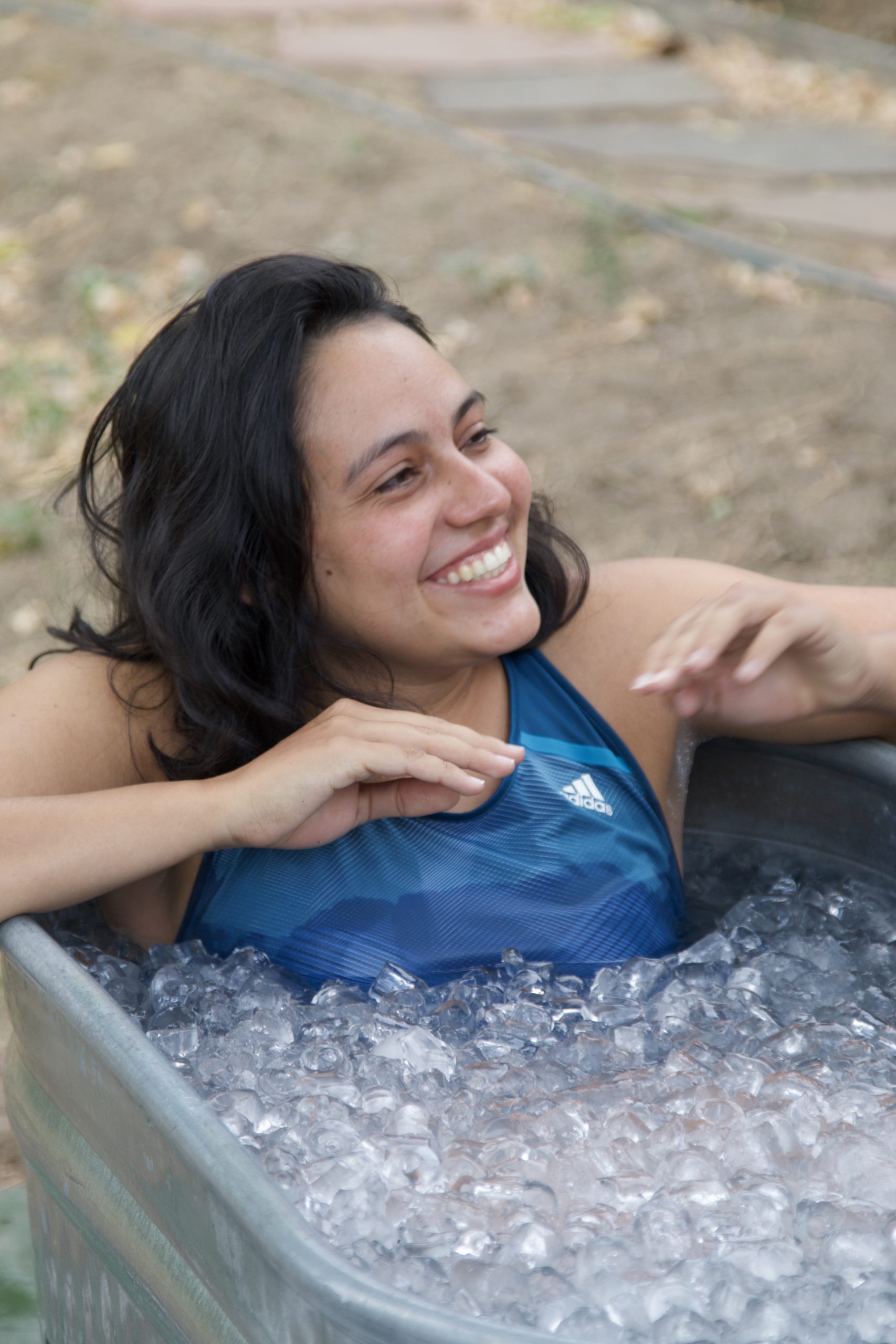 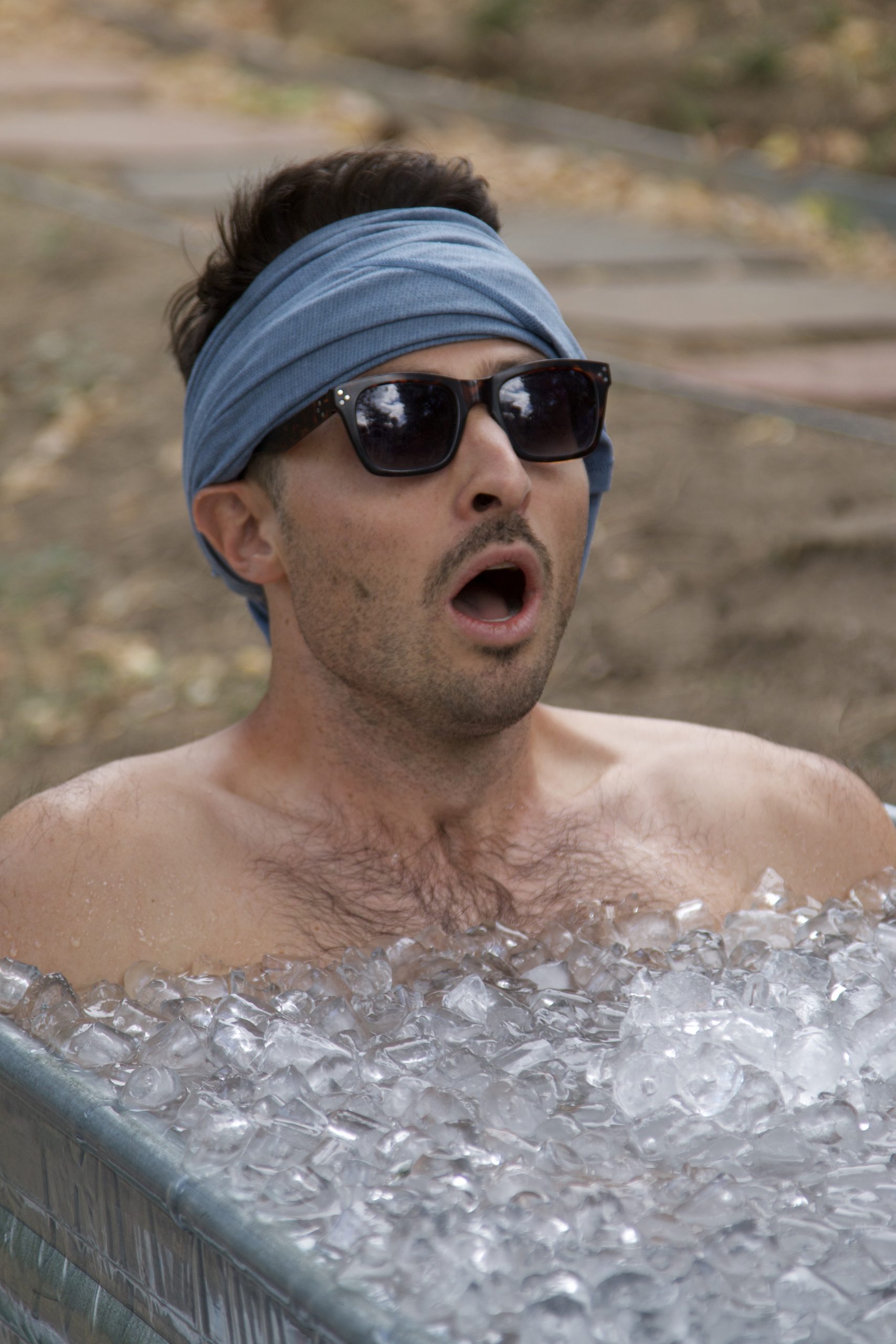 Eric takes his first plunge. “The method works, it was incredible, man, I couldn’t ask for anything better.” (Harry James/CU Independent) 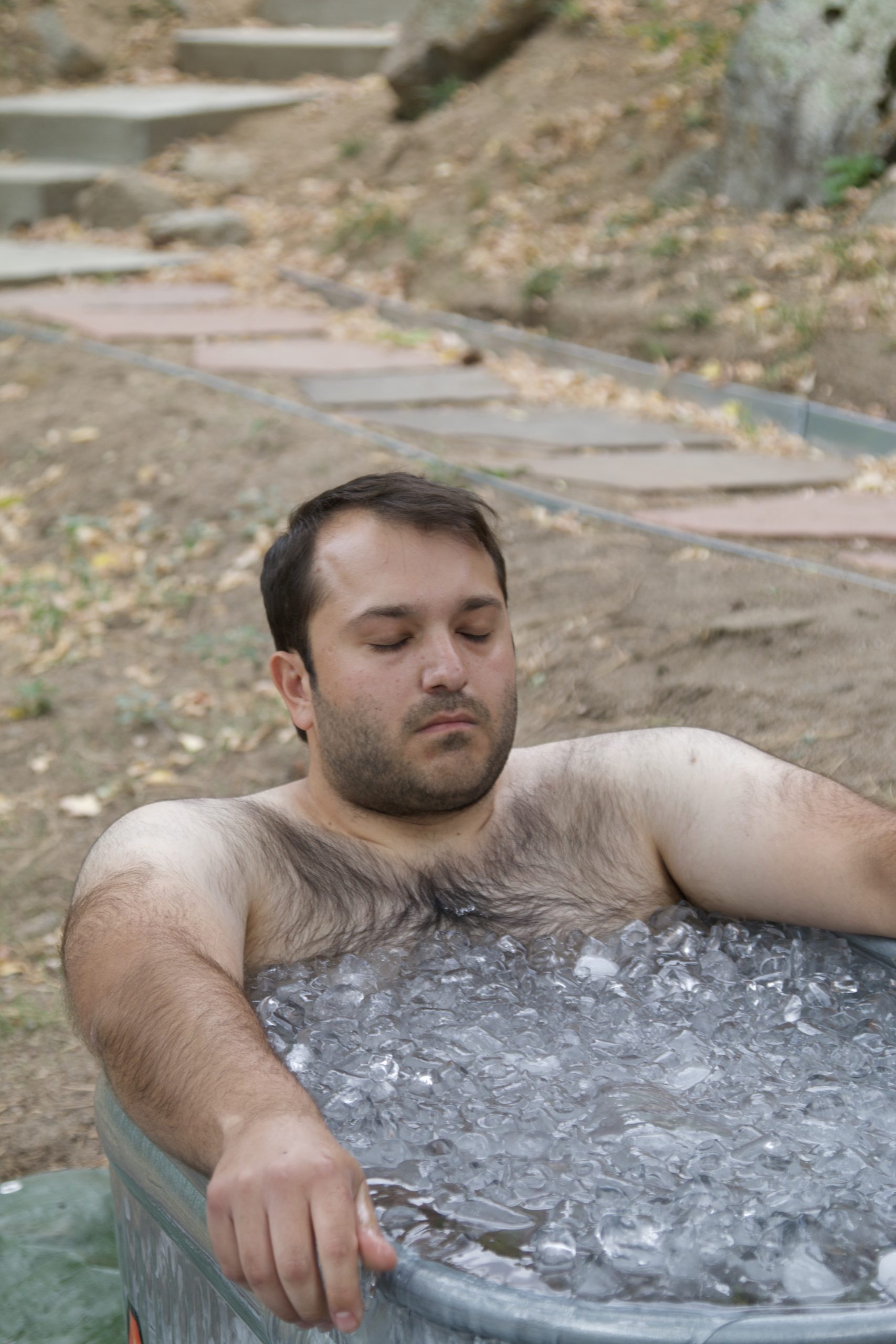 Gabe Shahrouzi, Weiss’ coworker and friend and a long time ice church participant, takes an ice bath. “I like that it’s a very refreshing and unique experience to undergo every Sunday. It’s a refresher to prep you for next week, it’s grounding… It can be difficult and challenging but the older I get the more I can appreciate those challenges.” (Harry James/CU Independent) 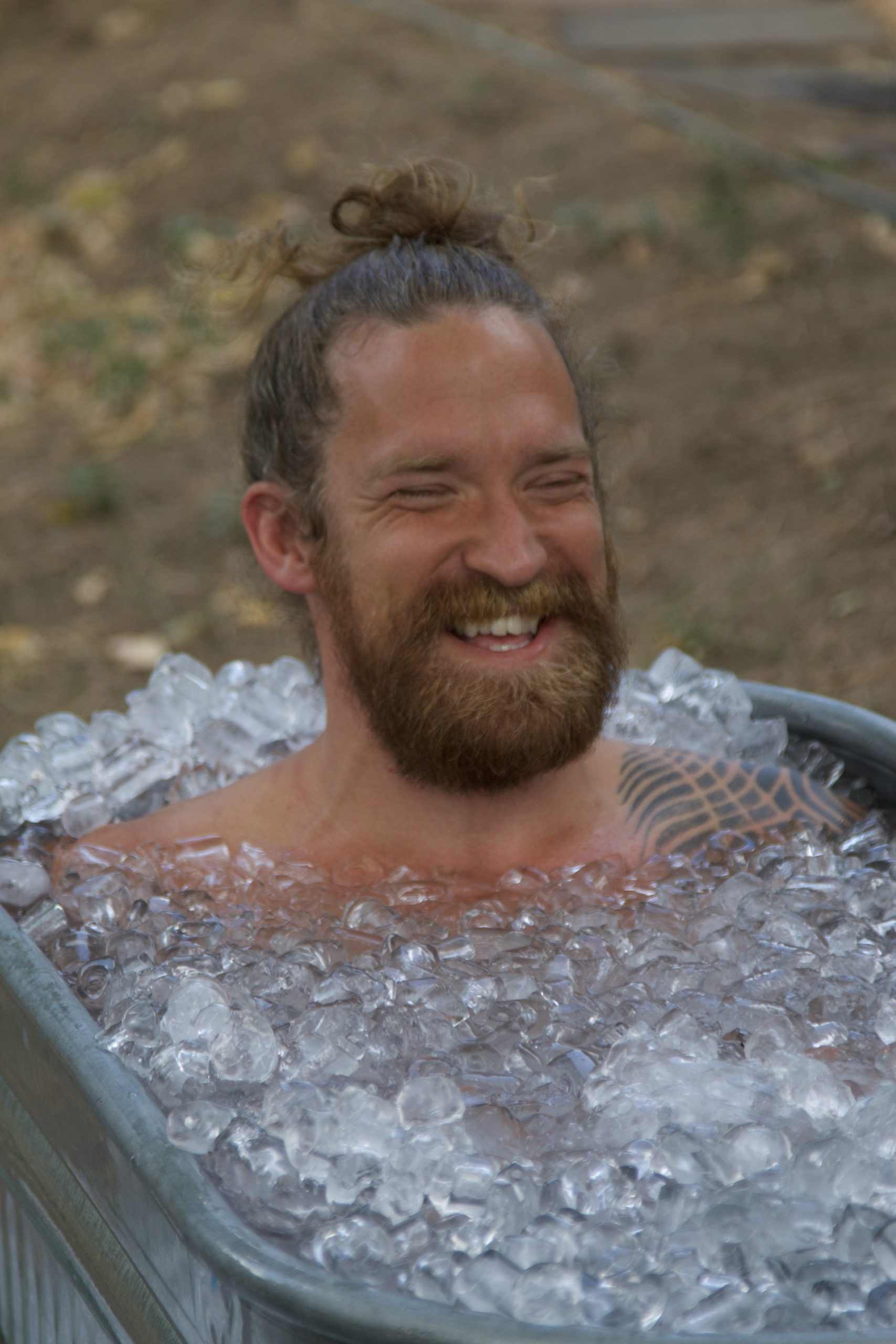 Michael Harinen, coworker and friend of Weiss, jokes around in the bath. “It’s such an interesting stimulating sensation to crawl into something where your body says, ‘uh, uh, get the fuck out, this isn’t safe,’ and then to push past it psychologically… it’s a very psychedelic experience.” (Harry James/CU Independent)