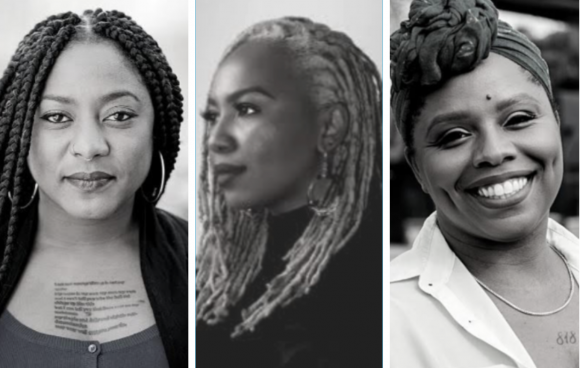 Co-founders of the Black Lives Matter movement Patrisse Cullors, Alicia Garza and Opal Tometi took part in a virtual panel Wednesday, hosted by the University of Colorado Boulder’s student-run Cultural Events Board and Distinguished Speakers Board.

Black Lives Matter, a now global organization, was first founded in 2013 after the acquittal of Trayvon Martin’s murderer. According to its website, its mission is to “eradicate white supremacy” and to “build local power to intervene in violence inflicted on black communities by the state and vigilantes.”

Jemile Kassahun and Hayden Johnson, students at CU Boulder and members of the Cultural Events Board, moderated the discussion. They began by asking Cullors, Garza and Tometi about what inspired their work as activists.

Their stories shared several similarities and differences; they talked about their life stories from their childhood to adulthood, helping the audience understand their perspective and what it is that caused them to become immersed in Black lives activism.

“For me it’s very specific to where I grew up and what I witnessed as a young person,” Cullors, who has worked for 20 years on criminal justice reform, explained. She grew up in a white community and it did not take her long before she noticed the differential treatment across racial lines.

“I was shipped off to mostly white schools and white neighborhoods,” she continued. “I would go to school and… watch young people do drugs (with) no police in sight.”

“I think that juxtaposition really got my wheels turning around systems and who gets punished and who doesn’t,” she said, referencing the disparity in racial criminalization.

Similar to Cullors, both Garza and Tometi were driven to become activists due to their early life experiences and being privy to racial injustice.

“Most of my activism is really driven from my experiences growing and watching my mom… hustle all the time and work harder than most people, but for less,” Garza explained.

“Everything… connects back to wanting to make sure that black women in particular (and) black people in general get to pursue (their) dreams in the daytime, not just when everyone else is asleep.”

Garza explained that this is what she works for every day; fighting for black people to achieve their goals and live “full and dignified lives.”

As a child, Tometi witnessed the attempted deportation of her parents, which laid the groundwork for her work now as the executive director of Black Alliance for Just Immigration.

“I vividly remember the day that my parents were sitting on trial, in court and almost deported,” Tometi explained. “That experience shaped the course of my life… (I felt) a sense of helplessness… (and) confusion, because I didn’t know why anyone would want to tear my family apart.”

The three women witnessed and dealt with discrimination as young girls. These experiences have fueled their work to promote racial justice and to end discrimination against black people ever since..

It is “a reflection of a renaissance in both how we fight and who (they) include,” Garza concluded.