Marilyn Manson finds a mature sound with “WE ARE CHAOS” 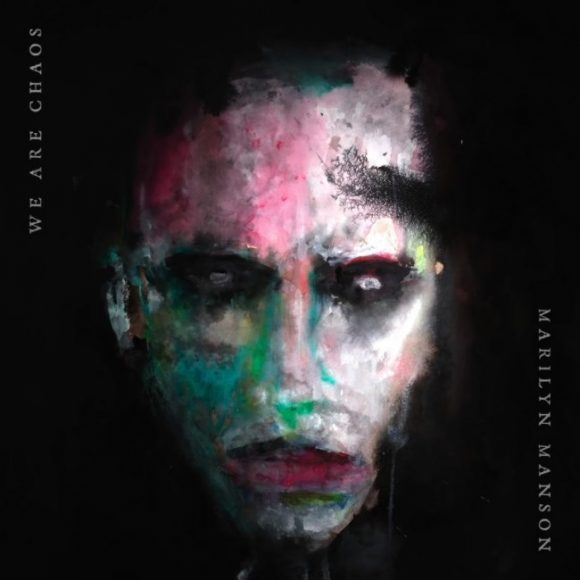 Cover art for “WE ARE CHAOS.” (Marilyn Manson/Loma Vista)

Following a series of disappointing albums where Marilyn Manson tried to sound like someone who he is not, Manson turns the clock back on “WE ARE CHAOS” and delivers the best material he has released in the last decade. In this album, Manson returns to his roots and elevates his early signature sound with the lessons learned from his recent experimentation. “WE ARE CHAOS” captures the loud and brash Manson we all know, but it also presents him in a more refined, mature light, which sets this album apart from the rest of his discography.

Marilyn Manson took over the industrial music scene in the late ’90s with a trilogy of albums with “Antichrist Superstar” (1996), “Mechanical Animals” (1998) and “Holy Wood” (2000). His signature sound consisted of loud, headbanger, hard rock riffs, accompanied by the hazy, distorted vocals and extremely controversial and taboo lyrics. These records pushed the boundaries of the genre by making heavier and more controversial music than originators of the movement like Ministry.

These albums also had a huge impact on the alternative rock of the early 2000s. Bands like My Chemical Romance and Motionless In White took strong influences from Manson’s raw and straightforward compositional formulas. Bands like Slipknot and Murderdolls were not only influenced by his abrasive sound but they also adapted his shocking and controversial imagery in their branding and theatrical live performances.

Manson continued his original aesthetic in his next few albums such as 2007’s “EAT ME, DRINK ME” and 2009’s “The High End of Low,” which contained some of the fan-favorite tracks like “Putting Holes in Happiness” and “This is the New S**t”. However, these records lacked the consistency and novelty to be regarded as highly as his earlier work by the fans and critics.

Things took a turn for the worse with 2012’s “Born Villain,” an album most Manson fans would rather pretend does not exist. Manson had clearly been suffering from an artistic identity crisis. Abandoning his shock and controversy, as well as toning down the signature hardcore sound, Manson was looking for a brand new sound. He experimented with a more singer-songwriter approach using elements from goth rock, as well as a blues-inspired southern sound similar to that of Black Label Society. The results of these attempts were lackluster albums that are mediocre at best in their respective genres. These albums owed any attention they got to the Marilyn Manson brand.

However, in “WE ARE CHAOS,” Manson embraces and also refines his earlier sound, capturing the magic that his long-time fans can’t get enough of. He incorporates elements from his recent attempts at other genres, which were unable to stand on their own, but serve as great embellishments to Manson’s harsh sound. His experimentation with the folk-inspired blues and goth-rock truly shines through on “WE ARE CHAOS.” These elements are sprinkled over heavy headbangers to give them more finesse and add more texture to Manson’s sound.

The aesthetic of the artwork draws a parallel with the sonic direction Manson is taking with “WE ARE CHAOS.” Unlike his earlier covers, which are clearly designed to match his loud character and be as shocking and controversial as possible, the self-portrait painting provides a more elegant and sophisticated presentation. It celebrates Manson’s sinister and dark aesthetic, but is more muted and does not seem to beg for attention with an over-the-top design like he used to do. Similarly, the music on this album inherits the early Manson sound but presents it in a more nuanced way.

A perfect example of how Manson blends his old and recent style is the title track.  The song kicks off with an unusually upbeat acoustic guitar strumming with Manson’s mystical vocals. If not for the recognizable, foggy timbre of Manson’s voice, one could easily mistake this for an unreleased David Bowie track. A similar Bowiesque aesthetic kicks off another track “PAINT YOU WITH MY LOVE.” In both tracks, the groovy and blues-inspired instrumentation goes unexpectedly well with a voice known for screaming over loud drums and heavily distorted guitars. The song shifts gears around the mid-point and builds up to a more familiar hard rock riff that Manson closes the track screaming his lungs over, making it feel like a duet between the young and the current Manson.

“DON’T CHASE THE DEAD” strikes an interesting balance between these two personas of Manson. It sounds like it could have landed on an early 2000s Muse or Placebo record with a melodic bassline and elegant melody in the keys. Yet, Manson is able to make this sound his own by mixing in relentless drum fills and his harsh vocal delivery. “KEEP MY HEAD TOGETHER” follows a similar approach, though with layered and heavily reverbed synths instead.

With his newfound artistic direction, Marilyn Manson sounds authentic and inspired once again. Unlike his early career, where he was leading the charge in a movement reinventing itself, two decades later he is one of the few names that is left standing from it. Although most of the artists he had inspired are past their primes, Manson sounds rejuvenated and has the artistic vision and the star power to revive a fading genre and carry it back to mainstream relevance.

Listen to “WE ARE CHAOS” here.