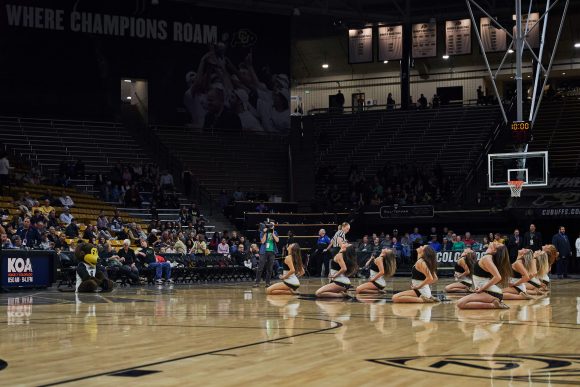 A University of Colorado Boulder student is no longer on the university’s cheerleading team after she used racist language on Snapchat.

Sophomore Mallory Walker’s post was brought to the attention of the university after students and community members shared screenshots of the post on social media. The caption of the post read, “the black ppl are trying to rape me.”

University of Colorado Boulder students Julia Schmidt, Victoria Acuña and Eleanor Creasey created a petition that calls for the university to expel Walker. It also calls on Walker’s alma mater, Fossil Ridge High School in Fort Collins, to condemn the post. The petition currently has over 2,500 signatures.

“Not only is it disgusting to joke about rape, it is unacceptable to overtly criminalize and dehumanize our black community for nothing other than the skin color they were born in,” the petition reads. “We will not tolerate racism in our community.”

The cheerleading team has responded to those who have sent them the screenshot of the post on Twitter by informing them that they have reported the issue to the Office of Institutional Equity and Compliance.

“We condemn racism and any acts that fail to live up to the core values of our program,” the response reads.

“Racist language and actions on social media are not living the Colorado Creed,” one of the tweets reads.