Quarantine playlist: Revisiting Joe Hisaishi’s ‘Dream Songs’ will bring us back to nature 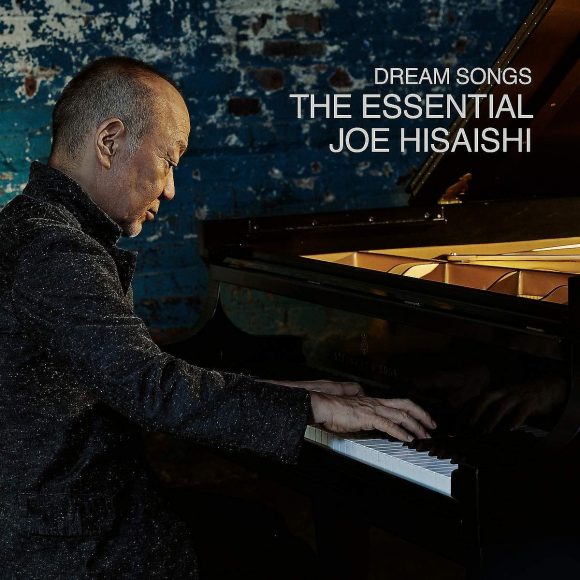 On this 50th Earth Day, one potent reminder of humanity’s relationship with nature lies in the music of Joe Hisaishi.

His soundtracks for Studio Ghibli’s pro-environmental films, paired with Hayao Miyazaki’s stunning visuals, make us reflect on how we treat the Earth. Hisaishi’s remastered compilation album “Dream Songs: The Essential Joe Hisaishi,” released on Feb. 21, 2020, should be at the top of everyone’s quarantine playlist. The top tracks are definitely his Studio Ghibli soundtracks.

Joe Hisaishi is often hailed as the John Williams of Japan. His magical melodies have revolutionized Japanese film music, beginning with Ghibli’s “Nausicaä of the Valley of the Wind” in 1981. Hisaishi’s distinctive style blends European classical, Japanese classical, minimalism and electronic music. He has written more than 100 film scores and albums, including scores for “Princess Mononoke,” “My Neighbor Totoro” and “Spirited Away.” He has won the Japanese Academy Award for Best Music seven times, and in 2009, the Japanese government granted him a Medal of Honor.

Ghibli’s “Princess Mononoke” anthropomorphizes nature as benevolent forest spirits, suffering at the hands of humans. The factories in the human’s Irontown pump out inky smoke, dumping sludge in the river. Eventually, a human shoots the forest spirit, which leads to terrible consequences for both the forest and the town.

Hisaishi perfectly complements this story with his music.

In the “Princess Mononoke Suite,” a mournful, grandiose theme pairs with Miyazaki’s sublime natural landscapes. When humans are violent (against each other and nature), Hisaishi’s music descends into fearful string slides, booming percussion and ominous brass. With “Ashitaka and San,” a contemplative, colorful melody accompanies nature’s rebirth.

In “Nausicaä of the Valley of the Wind,” humans have poisoned the earth, making it into the Toxic Jungle. Massive pollution-tolerant insects and plants have taken over. Breathing air outside is lethal without a mask. In “Fantasia” from “Nausicaa,” Hisaishi creates a hopeful melody, which stands out against the dark undertones of the film. The turbulent beginning with banged chords and forceful arpeggios reflects the tragedy of a polluted world, later melting into a bright tune, as Nausicaa fights to protect the Toxic Jungle’s creatures and her own people in the Valley of the Wind.

The 2001 critically-acclaimed film “Spirited Away” shows the consequences of human greed. A human family discovers an abandoned amusement park, a remnant of human pollution. It is filled with invisible spirits and steaming food, which the parents steal. The parent’s gluttony angers the spirits, who turn them into pigs. The innocent daughter Chihiro enters the spirit world, to save her parents, and learns what the spirits hate about polluting humans.

“One Summer’s Day,” the opening track of “Dream Songs” from the film, is peaceful. A hum of light strings accompanies the whimsical piano, interspersed with airy flutes like clouds floating across the sky. The tune waxes melancholic, as Chihiro struggles to atone for humanity’s and her parent’s greed. Yet, the piece builds to an uplifting ending with beautiful piano arpeggios. Although the pollution of the theme park’s abandoned buildings remains, nature and spirits finally make peace with Chihiro and her family.

Hisaishi and Miyazaki also show us the peace of humans coexisting with nature.

In “My Neighbor Totoro,” school girls Satsuke and Mei become friends with a massive, squishy forest spirit named Totoro. The girls respect the environment, growing plants in the garden and playing in the forest. Totoro, in return, helps their seeds grow and takes them on magical journeys in its Cat Bus.

“Wind Forest” from the “My Neighbor Totoro” mixes an electronic introduction with a playful theme. The film is a delightful, celebratory piece with the iconic theme traded around the orchestra. The music is joyful and light-hearted, showing how both nature and humans are at peace when there is mutual respect.

In the magical worlds of Miyazaki and Hisaishi, when humans pollute, the environment takes revenge. Then, humans listen.

In 2020, the environment is starting to take revenge, unleashing a deadly coronavirus, while natural disasters of tornadoes and extreme weather strike around the world. Hopefully, we too can listen to nature’s warnings like Studio Ghibli’s humans, before we create our own Toxic Jungle.