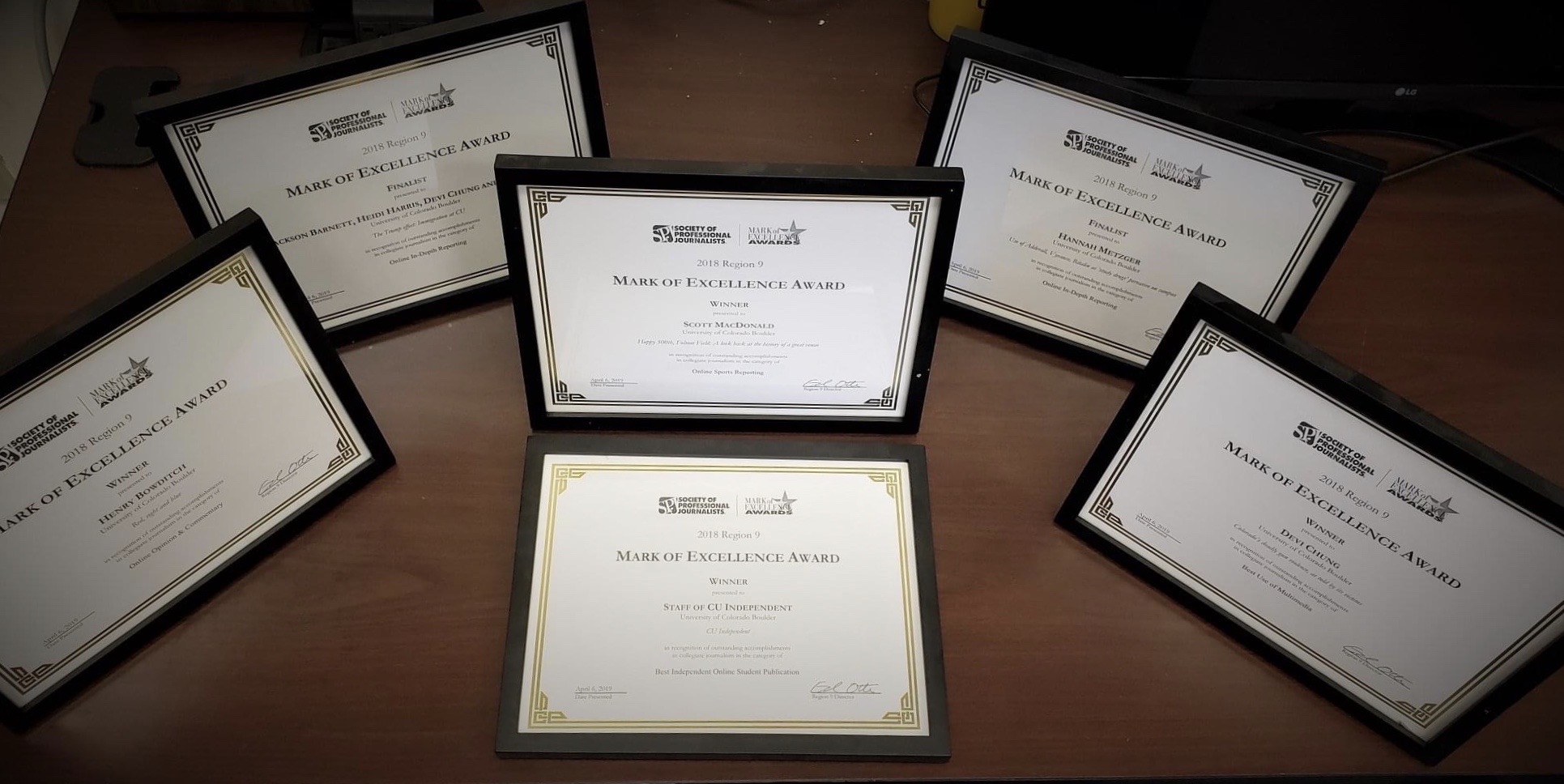 The CU Independent won in three categories for the 2019 Mark of Excellence (MOE) Awards presented by the Society of Professional Journalists (SPJ) and placed as a finalist for five stories.

The annual competition is divided into 12 regions, with the CUI competing as an online news outlet in Region 9, which is comprised of higher education institutions in Colorado, New Mexico, Utah and Wyoming.

According to its website, the MOE Awards honor “the best in student journalism” with entries being judged by professionals with at least three years of journalism experience.

Below are the CUI’s winners and finalists:

Finalist: Micromobility in Boulder: What is it? By Anna Haynes

Finalist: Inside the wild frat formal that contributed to the split between SigEp and IFC. By Tory Lysik

Winner: Behind the scenes of affluent Boulder is the city’s working class. By Hannah Metzger

The awards were set to be presented during an in-person Region 9 conference in Salt Lake City, Utah scheduled for March 27 and 28. The conference was canceled due to concerns over COVID-19.

Staff who placed as winners will go on to compete nationally with other regional MOE winners from the 12 SPJ regions, with those awards being announced later in the spring.