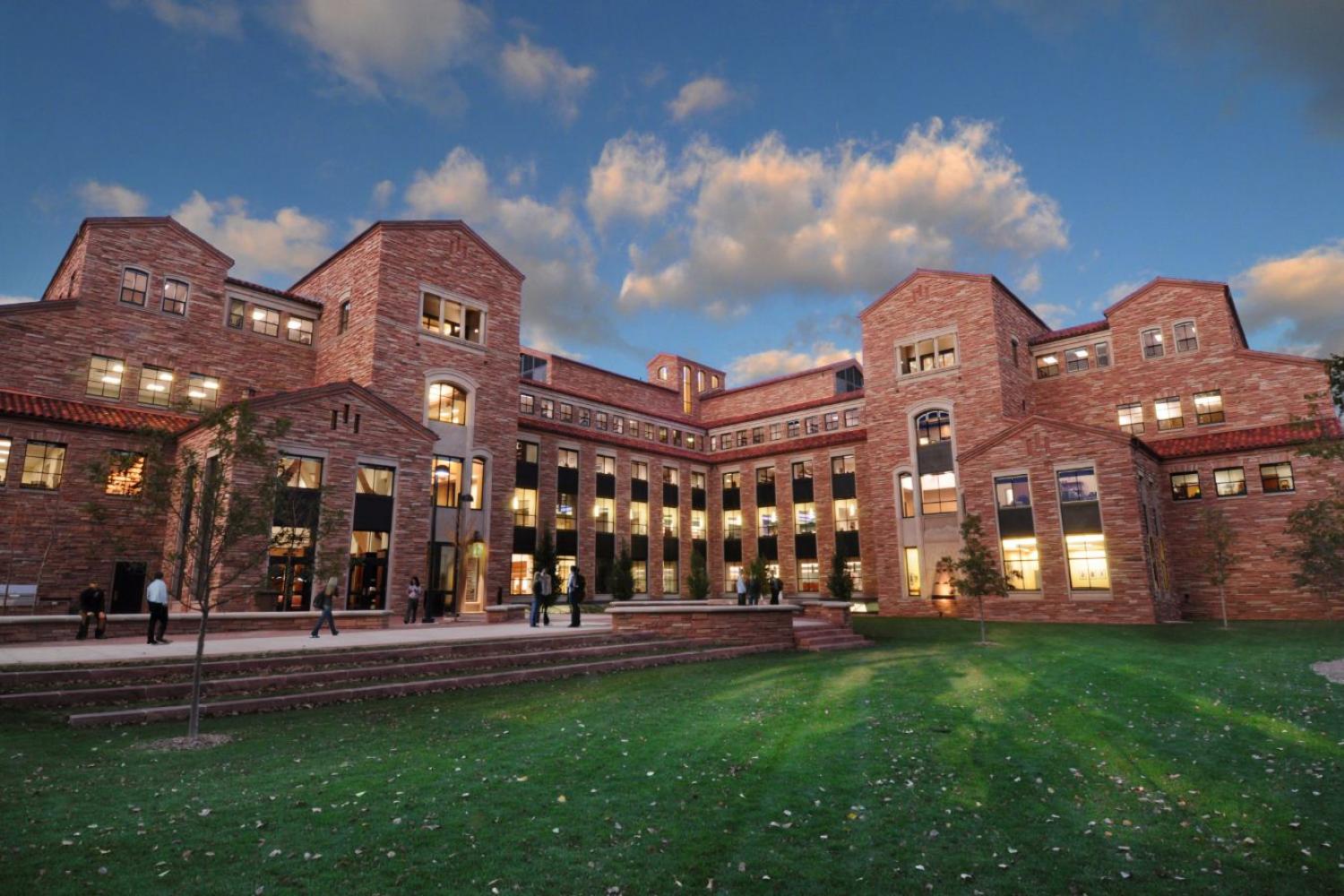 Students at the University of Colorado Boulder’s Law School are fighting for the removal of surveillance cameras in the Wolf Law Building, arguing that it contributes to excessive policing and poses a threat to vulnerable populations.

“The arguments in favor of the presence of surveillance cameras is that they make others feel safe,” said Amanda Blasingame, president of the National Lawyers Guild’s CU Boulder chapter. “However, it is important to consider who we’re making feel safe while simultaneously making others feel less safe and at risk. In a balancing of interests, the risks of the cameras’ presence far outweigh any supposed benefits.”

While a protest was scheduled to take place Tuesday it was canceled over concerns of the spreading COVID-19 virus, which has shuttered several campus buildings and forced students to take classes online.

But according to Daniel Ress, a CU law student and member of the same chapter as Blasingame, future efforts to remove the cameras will continue and a petition, which began in November, has already made the rounds in the law school with 76 signatures from students and faculty.

Ress and other members of the guild fear the cameras could threaten the school’s clients, such as people seeking free legal advice on immigration problems or people experiencing homelessness.

“Even if we have a policy of not handing footage over readily to ICE, ICE can get a subpoena for it,” Ress said. “These surveillance cameras are a tool of the police state, and so this is just giving cops more bullets and giving mass incarceration a leg up.”

According to Andrew Sorensen, CU media relations manager, the cameras are not currently turned on and will remain that way until the school’s dean, James Anaya, “approves a policy to govern their use.”

Anaya, in a statement, said the cameras were installed in fall 2019 in response to multiple incidents over time involving “theft, acts of aggression and medical emergencies.” In an email to students, he called the installation “quite modest in comparison” to other schools on campus such as the Leeds School of Business’ Koebel building, which has 25 cameras.

Ress, however, claims the cameras were installed without the knowledge of students. Sorensen was reached for a statement but could not comment on this.

In late November, Anaya sent an email to the entire law school assuring the cameras will remain inactive until a proper policy concerning “how to protect the data captured on the cameras, how to retain it and who may access it, why, and when,” is decided by a committee of students, faculty and staff. Decisions regarding the policy are still yet to be decided as the committee continues to deliberate.

“The committee generally wants to keep our discussions internal for now,” said Rodrigo Lugo, a law student and current committee member. “Given campus closure, I imagine all discussions will be delayed until next fall.”

Ress was invited to sit on the committee but declined.

“I have no interest in coming up with a policy to keep the cameras up,” they said.