‘Exonerated Five’ members speak on campus about a changing society 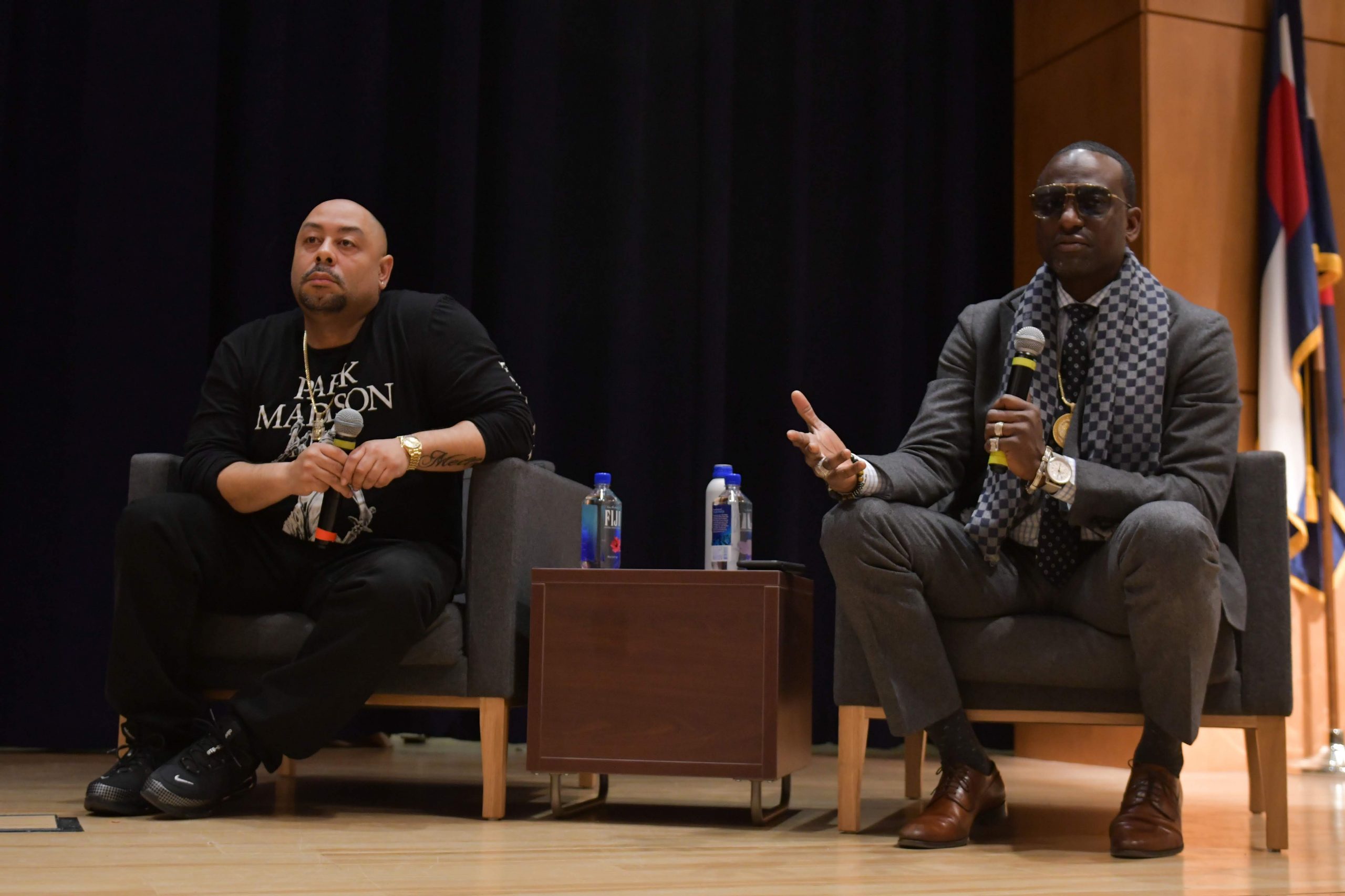 Reasoning to the audience how slavery still exists, Yusef  Salaam, right, describes this realization he had when arriving to prison. Wednesday, March 10, 2020. (Hunter Allen/CU Independent)

University of Colorado’s Cultural Events Board hosted two members of the “Exonerated Five,” Raymond Santana and Yusef Salaam, in the University Memorial Center Tuesday night. The men talked about the institutional changes they want to see created in the United States.

“They made a fire to consume us but forgot who owned the heat,” Salaam said. “The truth can never stay buried.”

The Exonerated Five are five men wrongly convicted for raping Trisha Meili while she was jogging in Central Park in New York City in 1989. The men were all between the ages of 14 and 16 at the time and served between six and 13 years in prison. In 2001 convicted serial rapist Matias Reyes confessed to being the sole perpetrator of the rape. He could not be prosecuted because of the New York statute of limitations expiring, but the charges against the five men were dropped.

Santana and Salaam said the journey from convicted rapists as teenagers to freedom has given them a new outlook on life. They want to use this to help others and ultimately end institutional racism that imbeds itself within America.

“When you realize what you had to grow through, it makes a difference,” Salaam said. “To be in the worst place you can imagine, they call it the belly of the beast … we made something of ourselves.” 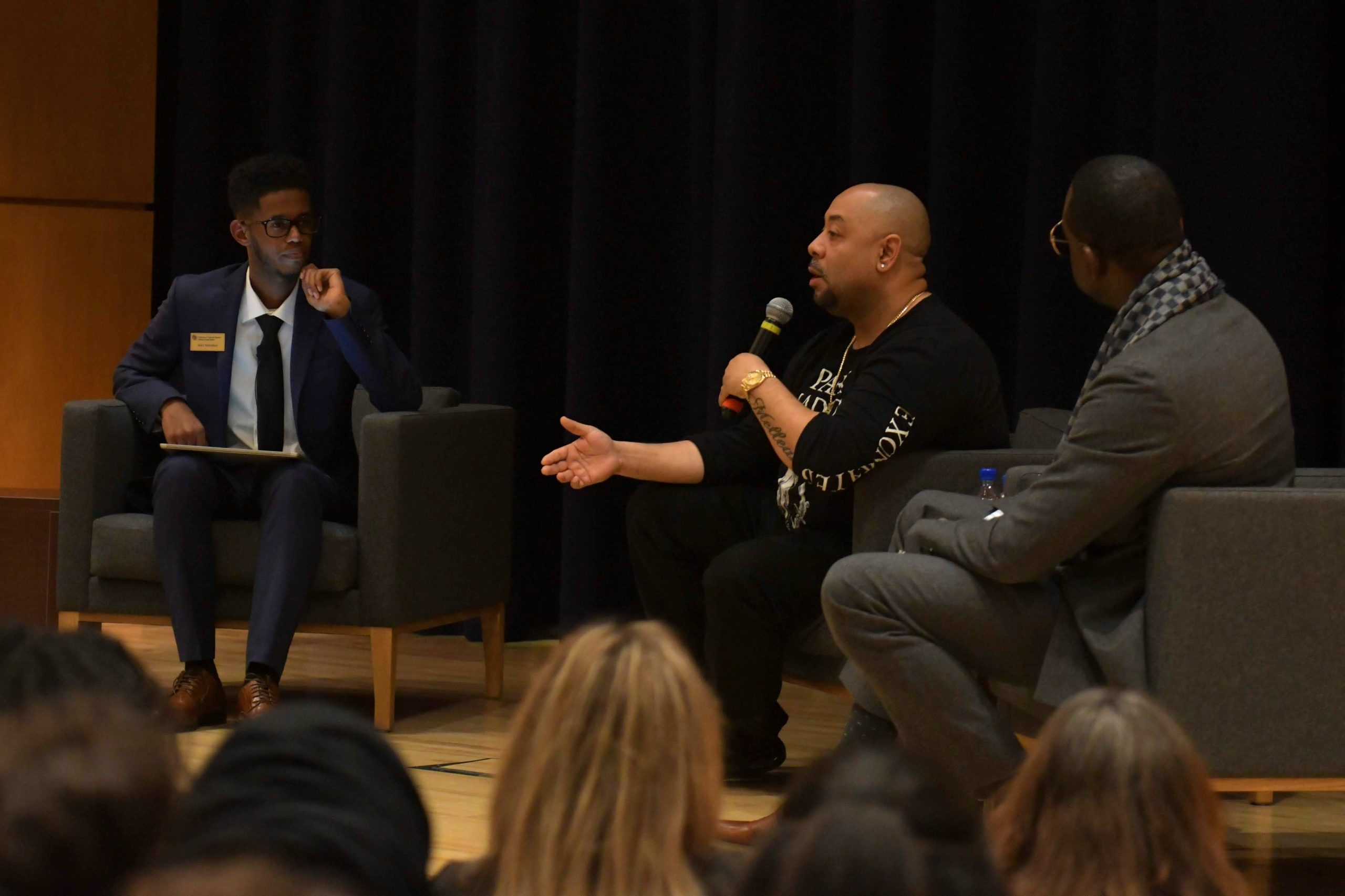 The five had a documentary series released on Netflix in 2019, “When They See Us.” As one of the most-watched Netflix shows in history, it gave light to the flaws within their prosecution process and how institutional racism can put the wrong person behind bars. They said that the most important people to mention in their story is the parents who had to watch them go through this.

While the five were behind bars, their parents had to sit back and wait. They did not have daily information on their children’s safety while in prison. They had to go about their daily lives and as usual but without their sons. The only positive to it was that their families had peace knowing that prosecutors had to live with the fact that they convicted innocent people.

“Now you are going to have to deal with us for the rest of your life,” Salaam said. “Proper revenge is to be successful.”

“If you were born on purpose then you were born with a purpose,” Salaam said. “It is about constantly learning from what you did.”

After being freed from prison, the five men sued the City of New York in 2003. In 2014 they settled for $41 million dollars. But the money does not matter to them. In the end, they said, it is the impact that matters.

“Part of the victory for me is for my child to look at me as this hero,” Santana said.

Salaam said that because of the court case they are “financially immune.” The public expected them to step away after receiving the money. Instead, they chose to become activists and teach others.

“It is about now,” Santana said. “Walking the path we have been given.”