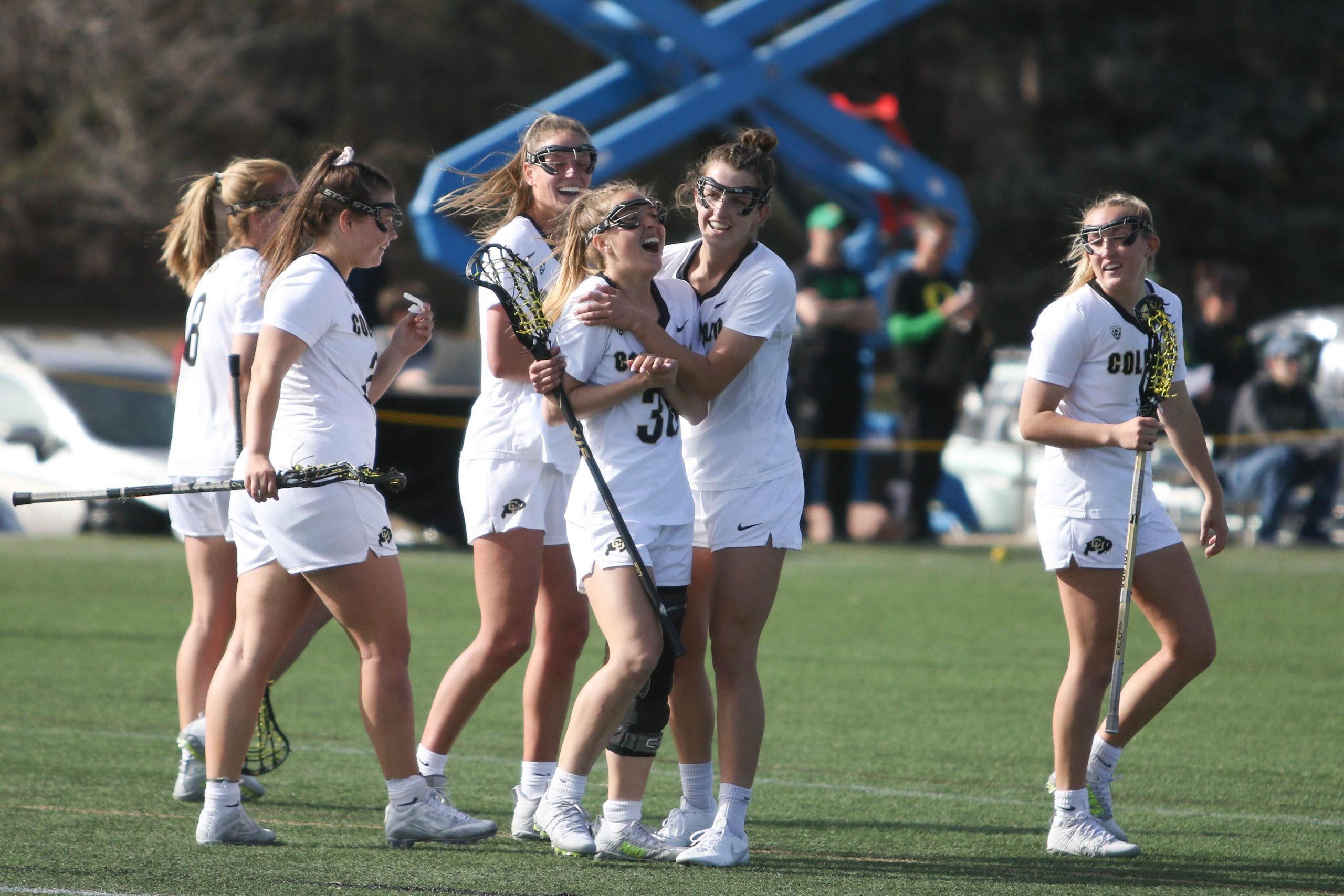 Following a tough loss to No. 14 Michigan in Ann Arbor, the University of Colorado Boulder women’s lacrosse team (2-2, 1-0 Pac-12) looked to bounce back Friday afternoon against Oregon at Kittredge Field in Boulder. The road has not been kind to the Buffs early in the season, dropping games to two top 15 opponents away from home. The No. 24 ranked Buffaloes recorded their second win of the season and their first conference win with a 21-5 over the Oregon Ducks.

Sophomore attacker Charlie Rudy recorded two quick goals and an assist less than 10 minutes into the contest. Colorado held a 5-1 advantage with just over 20 minutes remaining in the half. The Ducks responded courtesy of freshman midfielder Hanna Hilcoff at the 25:35 mark of the first. Oregon cut the Colorado lead to three.

Rudy recorded her third straight game with three or more goals Friday afternoon against Oregon. The sophomore from Novato, California led the way for the Buffs against Oregon recording her third hat-trick of the season at the 15:31 mark of the first half, giving Colorado a five-point advantage.

Rudy reflected on the Buffaloes performance against Oregon after dropping a tough game in Ann Arbor.

“We had two weeks off so we knew we had to practice hard and come out and get a win to get back on our feet,” Rudy said. “We got a lot of momentum in the first half, so we just built off that. I think everyone is feeling good about this (win) and going into Coastal Carolina (University).”

Sophomore midfielder Pearl Schwartz scored her first career goal at the 4:58 mark of the first half. The Cherry Creek High School alum did not play her freshman year at Colorado but led Cherry Creek to the state championship title game in 2018 as a senior. Schwartz talked about the moment with her teammates following her first goal as a Buff.

“It was really fun,” Schwartz said. “I think it’s just really a reminder that it’s the whole team and winning the game and every goal, every play is a build-up of a collective (effort) and the work all of our team puts in together.”

After being held scoreless in the Buffs’ 20-7 loss in Ann Arbor, sophomore attacker Chloe Willard scored a pair of goals and recorded one assist in the first 30 minutes to help Colorado take an 11-3 lead into the half. The sophomore from Cazenovia, New York recorded five goals and two assists in the victory.

Rudy said it’s been a joint effort on offense this year, saying that multiple underclassmen have taken advantage of their playing time.

“I think a lot of our younger players are stepping up, especially on the attack,” Rudy said. “I think everyone is taking their opportunities and everyone is capitalizing on them. Overall it’s a team effort on offense.”

The Buffaloes continued to dominate in the second half, pushing the lead to double-digits at the 27:56 mark when junior attacker Zoe Lawless recorded her second hat-trick of the season. Colorado coasted to a 21-5 victory Friday afternoon, moving back to .500 and starting 1-0 in conference. Head coach Ann Elliott Whidden spoke highly of the team’s resilience and said a performance like this should provide a boost as Colorado continues conference play.

Colorado’s homestand continues Sunday when they host Coastal Carolina. The match is set for 12 p.m. MST at Kittredge Field in Boulder. 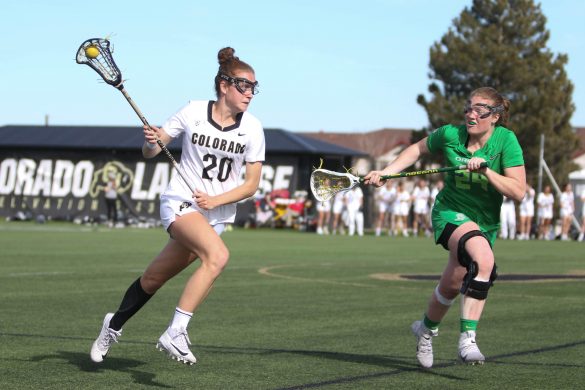 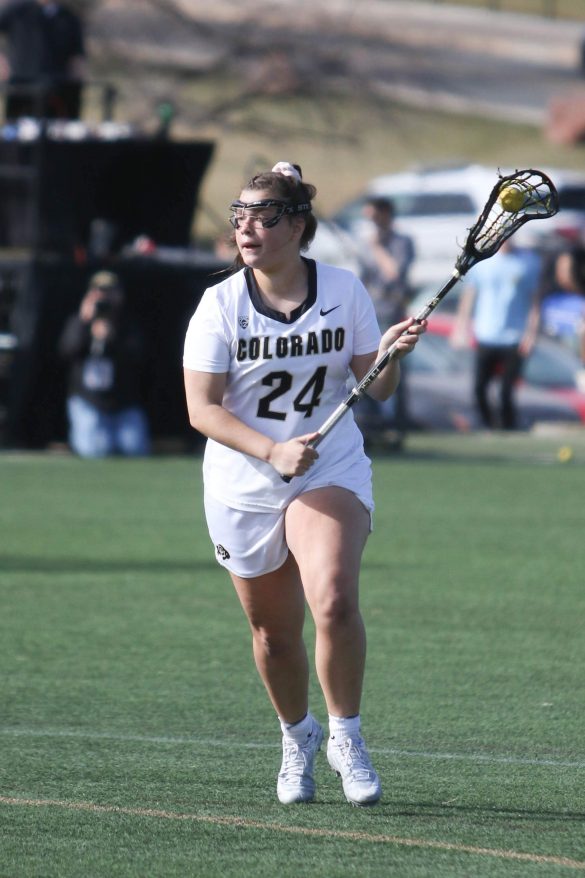 Sophomore attacker Chloe Willard goes in to score another goal during the first half at the Kittredge Field. Willard scored five goals for the Buffs during the match. March 6, 2020. (Kara Wagenknecht/CU Independent) 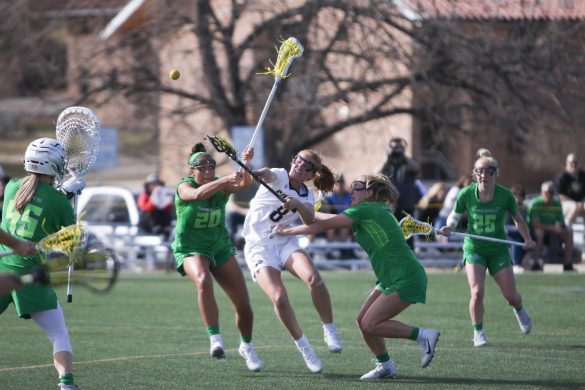 Junior attacker Sadie Grozier pushes past Oregon defenders to score a goal during the first half at the Kittredge Field. March 6, 2020. (Kara Wagenknecht/CU Independent) 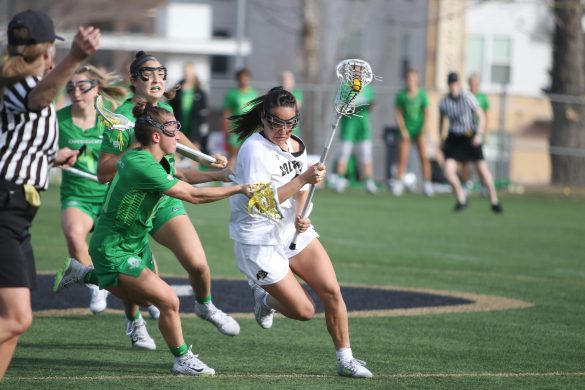 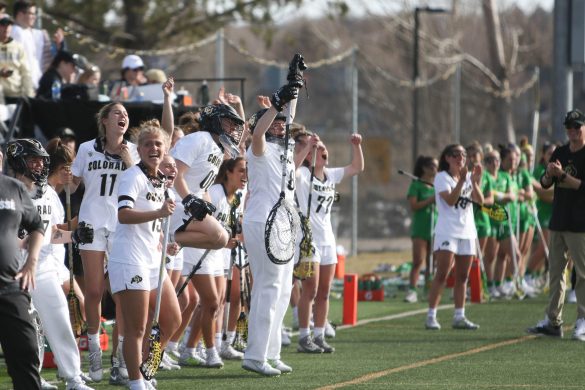 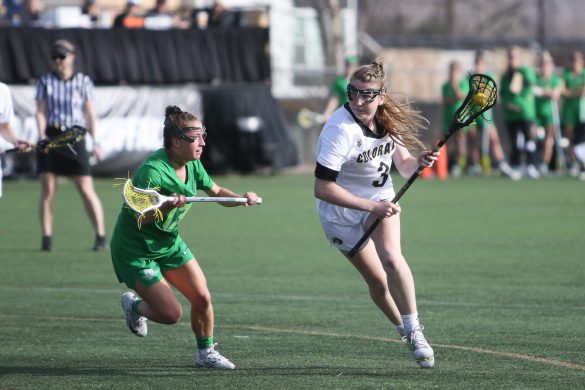 Freshman midfielder Kat Kelley drives towards the goal during the second half at the Kittredge Field. March 6, 2020. (Kara Wagenknecht/CU Independent) 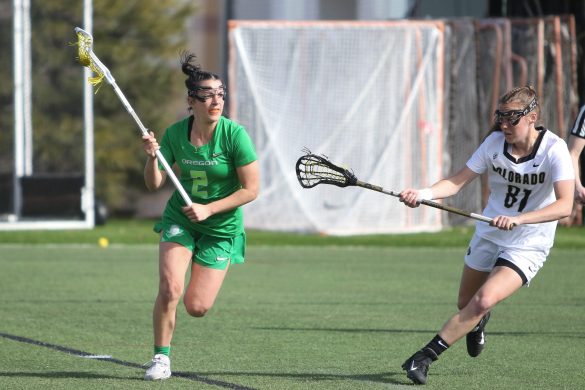 Oregon's senior attacker Lindsey White finds an open teammate to pass to during the first half at the Kittredge Field. March 6, 2020. (Kara Wagenknecht/CU Independent)