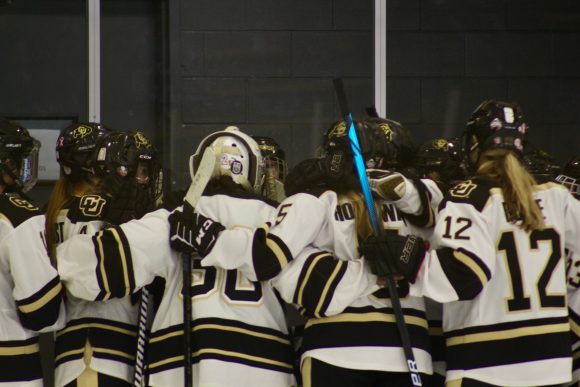 The Buffs huddle together after falling to Midland University. Sept. 30, 2022. (Malaina Humphreys/CU Independent)

The Buffs fell to the undefeated Midland Warriors at the women’s hockey home opener on Friday, Sept. 30, losing 0-8. The Buffs played a three-game series against the Warriors this past weekend and went 0-3 for the series, losing 3-6 and 0-9.

“As a team, we needed to generate more in the offensive zone,” said captain Celine Long. “We weren’t able to get a lot of shots off which sucks, but I think that is something that can be fixed.”

Throughout the first period of the first game, the Buffs’ offense was able to take possession of the puck in their respective zone.  The Buffs continuously let off shots but Midland’s defense was too strong which led to numerous turnovers to the Warriors’ offense. Defensively, the Buffs had high contact but repeatedly left one-too-many Midland players open and alone. Between slap-shots and top-shelves, Midland became unstoppable.

The ultimate downfall of the Buffs were penalty kills. The Buffs averaged five penalties per game which automatically gave Midland the upper hand. Although given at least three power play opportunities per game, CU could not utilize the chances they were given.

A total of three goals were scored in the entirety of the series all during game two on Saturday, Oct. 1. Two of the three goals were scored by Junior forward Jordan Bonk. Offensively, Bonk was able to put up two assisted goals in the last period of the game. At this point, the Buffs began to show how effective their team play was, but it was too late.

Although suffering an 0-3 series loss, the Lady Buffs are coming off a successful season last year as the Western Women’s Collegiate Hockey League (WWCHL) national champions. This upcoming 2022-2023 season is a clean slate and has potential considering the team is full of young players.  Out of the entire roster, 16 out of the 24 players are freshmen and sophomores.

“We are a young team,” Long said. “A lot of our team consists of freshman and sophomores, and I am really proud of them and how a lot of the girls handled their first collegiate game. I am super excited to see how much they grow.”

Not only is the team young and growing but the team is starting off with a brand new coach. James Kezar is starting his first year with the Lady Buffaloes. Kezar was the head coach previously for the women’s club hockey team at the University of Minnesota Duluth from 2017 to 2020.

“I am super excited coming into a new team that is a winning program,” said Kezar. “I’m excited to see what we can do and excited to see how far we can go.”

Kezar has only been training with the Buffs for a little over a month. Their overall mutual understanding and game structure has not been figured out yet but Long is confident the Buffs will find their groove.

“Honestly I think [Kezar] is a breath of fresh air for our team. He has new ideas for us and is working around the skills we already have to further strengthen them,” Long said. “We’ve only known him for a month or so but he’s already off to such a great start.” 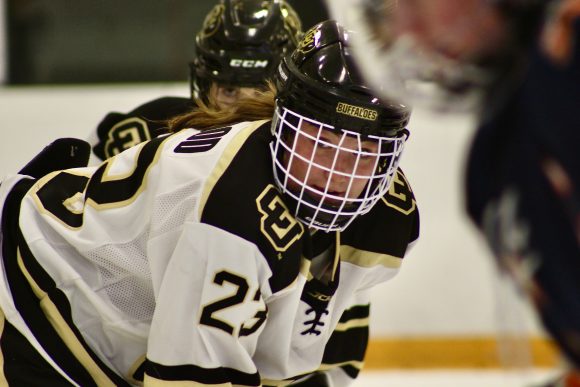 Even though the Buffs went 0-3, team morale remained high. “We didn’t give up and kept up the energy for all of the periods. I don’t count the third period, I think it was a fluke,” Long said. “Every single one of [the players] worked as hard as they could and none of them gave up.”

It takes time for new teams to solidify their communication and understanding before they become successful. The team is full of optimism and a love for the sport. The Buffs continued to play just as hard in the first few seconds of the first period to the final stretch of the third in all three games.

The Buffaloes are back on the ice in Colorado when they play their next home game Friday, Oct. 7 against the Utah Utes at the CU Recreational Center. 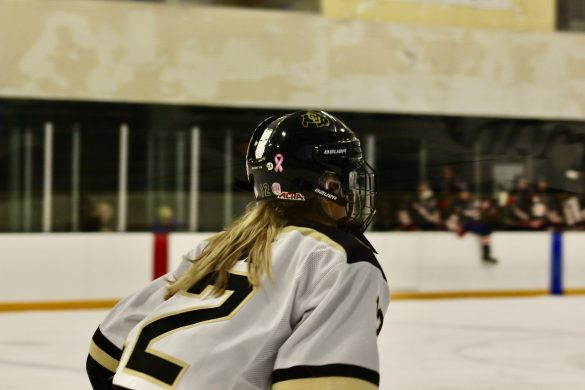 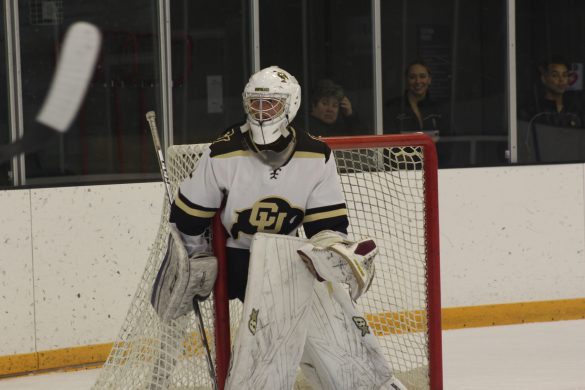 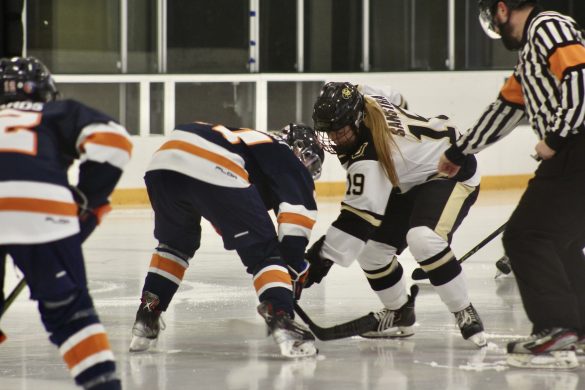 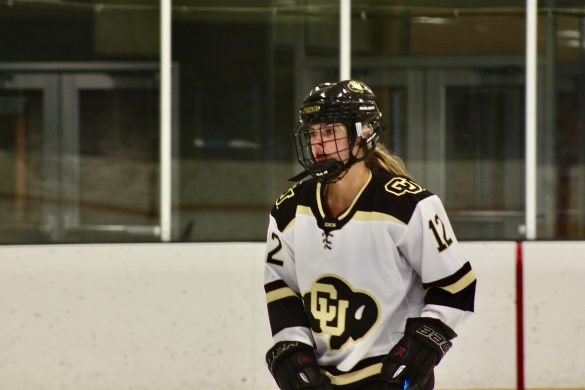