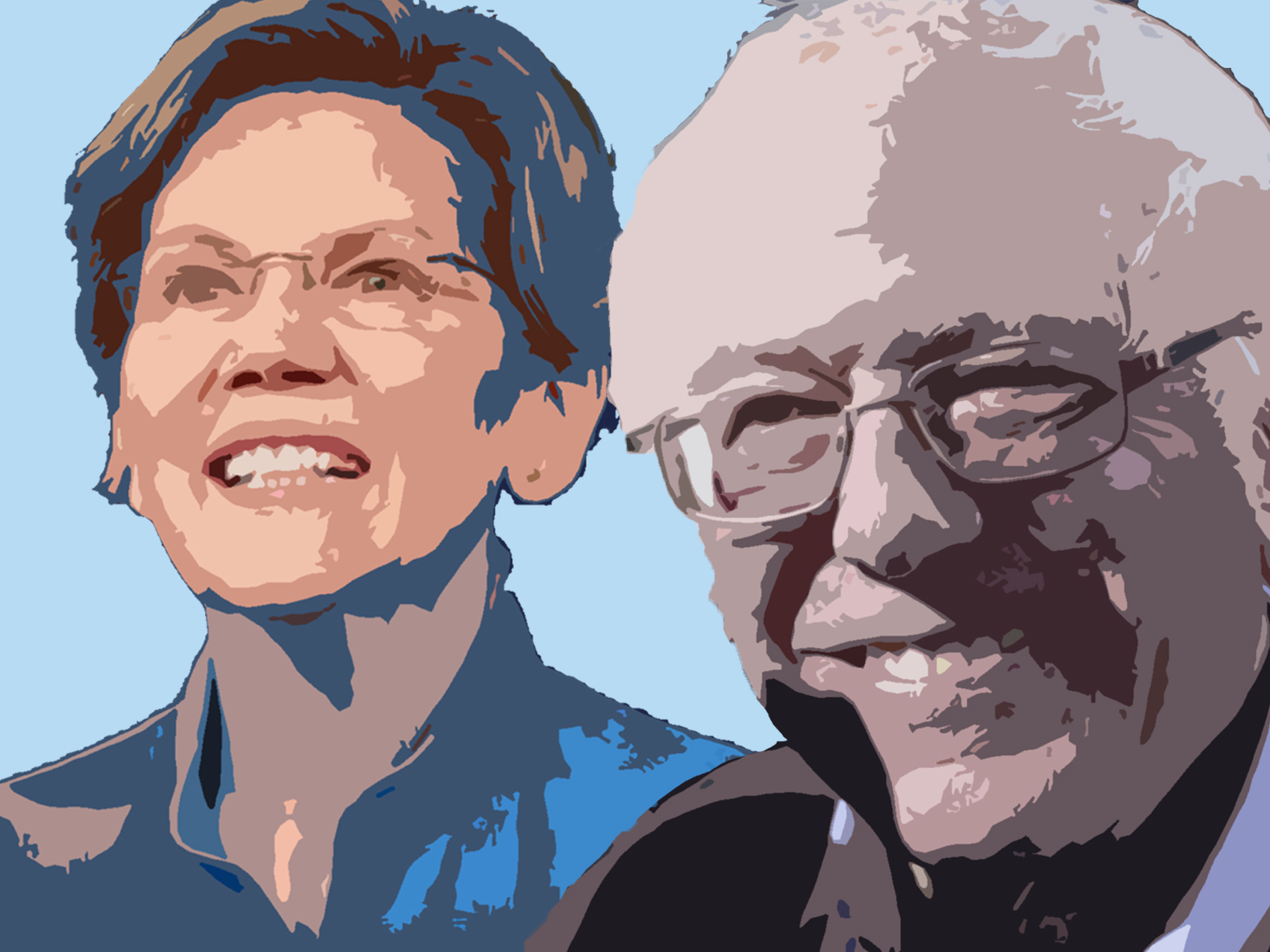 The pool of Democratic candidates vying to be the nominee to take on President Donald Trump in 2020 is shrinking.

Mayor Pete Buttigieg and Sen. Amy Klobuchar, who suspended their campaigns on the cusp of Super Tuesday, have endorsed former Vice President Joe Biden in an attempt to consolidate the moderate flank of the Democratic Party. It’s left some progressives questioning if Sen. Elizabeth Warren, whose poll numbers have fallen well below Sen. Bernie Sanders’, should throw her support behind the Vermont Senator in order to strengthen the party’s progressive base.

At the University of Colorado Boulder, Warren and Sanders supporters remain energetic and hopeful that their candidate will have a path to the nomination. Sanders had the most support among the 170 CU Boulder students surveyed in a recent CU Independent poll, with 41% of respondents saying they were most favorable towards him. Warren’s favorability was 13%, the second highest out of all the candidates. But as the nomination nears, students from both camps are working around the clock to help their candidate.

Lesley Renneker, a CU Boulder sophomore and member of the pro-Warren student group Buffs for Warren, said her main concern when it comes to picking a nominee is electability. While Renneker identifies as a socialist, she fears Trump will use the term against Sanders if he were to face the president in the General Election. Warren, on the other hand, has taken a stance as a “self-proclaimed capitalist.”

“I think any socialist label is what’s going to get Trump re-elected and will scare a lot of people away from Bernie,” Renneker said.

“I think there’s some enthusiasm on the part of supporters of Warren that she might be the one to break that barrier.”

Warren has pegged much of her electability argument around being a woman, looking to capitalize on the momentum that led to a historical number of women being elected to Congress in 2018. She even clashed with Sanders over allegations that he told her a woman could not win the presidency, a remark she said was made during a meeting between the two in 2018. Sanders denies the allegations.

Warren and Hawaii Rep. Tulsi Gabbard are the last two women left in the race.

“A lot of people say, ‘Well, I don’t think she’s electable ’cause she’s a woman,” Renneker said. “And to me that just says ‘I’m sexist.’ Because when you do ask them, ‘Okay, well, why do you think a woman’s not electable?’ usually, they don’t really have a good answer, because they don’t want to outright say, ‘Oh, I don’t want a woman to be president. I’m not going to vote for a woman.’

“Hillary beat Trump by 3 million votes and Elizabeth is an elected Senator,” she said. “So women are electable.”

According to CU Boulder political science professor and Interim Chair of the Political Science Department Kenneth Bickers, the glass ceiling is “still an important barrier.”

“It hasn’t been broken yet. Hillary Clinton came close but didn’t break it. So I think there’s some enthusiasm on the part of supporters of Warren that she might be the one to break that barrier,” said Bickers, who studies campaigns and elections on the national, state and local level.

Sanders ‘a force to be reckoned with’

Buffs for Bernie Campus Corps Leader Shay Mannik is a freshman political science major whose support for Sanders stems in part from the senator’s Medicare For All policy. Mannik’s said his family, who is middle class, has struggled with the burden of medical debt.

“If you get sick, you should be able to go to a doctor and get the care that you need,” he said. “That doesn’t seem like a radical idea to me, but for some people it is and I don’t understand why, quite honestly.”

Junior art major and Buffs for Bernie member Leah Dinkin has been campaigning for Sanders since his presidential run in 2016 and is from the senator’s home state of Vermont.

“I just want to do everything I can to elect him, because I think it’s a critical part of history right now,” Dinkin said. “I voted today and I was like, ‘I’m making history.”

“Bernie has the biggest grassroots movement maybe of all time.”

Bickers, the political science professor, said he believes that there is a “certain attractiveness” of Sanders because he is seen as more authentic and unchanging in his policy positions.

“He’s changed a number of his positions,” Bickers said. “But I think he has successfully maintained the reputation that he’s had the same commitments in policy terms over a very long period of time.”

However, Bickers believes Sanders’ popularity may be confined to the college population.

“It’s clear he’s been very successful in generating support and deep enthusiasm among college students,” he said. “But we’ll have to see if that is part of the social networks in which students at residential colleges find themselves.”

“Bernie has the biggest grassroots movement maybe of all time,” Dinkin said. “I think he’s a force to be reckoned with.”

Despite the two camps, solidarity remains

If Warren or Sanders become the Democratic nominee this July, members of Buffs for Warren and Buffs for Bernie expressed no hesitation about making the switch.

“I would be happy with either of them as president,” Renneker said. “If Bernie gets the nomination, I will campaign for him.”

Mannik and Dinkin agreed that if Warren won the nomination, they would vote for her.

“Warren is probably my favorite besides Bernie out of everyone, because she’s the most progressive,” Dinkin said.

“Maybe I would even go as far as to campaign for her,” Mannik said. “I’m not sure I could bring myself to do it for almost anyone else, but Warren, I think I could do it.”

Mannik said he believes that young people “seem more informed than older people do” on issues of politics. “Whenever someone comes over here, we ask them what issues they care about and most people have an answer,” he said.

Regardless of knowledge, Renneker, Mannik and Dinkin all agreed that college-aged citizens voting is essential.

“We’re making decisions that are happening right now, are affecting us right now,” Renneker said. “They are going to affect us in the future, but if we have a chance to make a difference now, then why wait?”