Patty Limerick and the untold stories of the American West 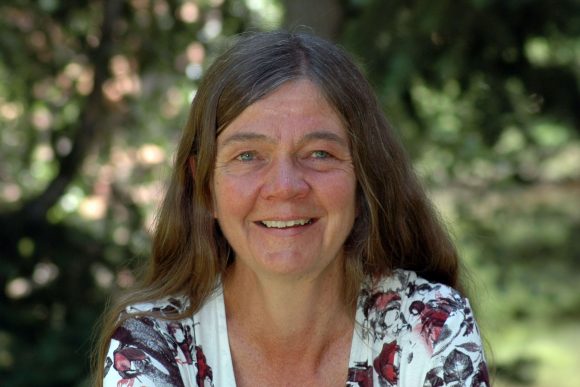 Patty Limerick, faculty director and chair of the Board of the Center of the American West. (Courtesy of Honey Ashenbrenner)

Patty Limerick’s early interest in the history of the American West was in the stories untold — the stories about the people that she had known as a child who were so integral to the West, but were rarely found on the pages of a book. It’s what has guided her work as a leading historian ever since. The CU Independent caught up with Limerick to learn more about the life and work of the University of Colorado Boulder history professor.

Limerick, a co-founder and chair of CU Boulder’s Center of the American West (CAW), served on the National Council on the Humanities after being appointed by former President Barack Obama, a position which ended December of last year. As one chapter has ended, another is just beginning as Limerick continues to build the CAW’s presence on campus with the upcoming 21st Thompson Awards for Western American Writing and the continuation of the speaker series “Bipartisanship and Friendship Happen.”

Josie Hoien, a CU Boulder student in the Western American Studies certificate program, recalled the first time she saw “Patty,” who introduced a panel at a CAW sponsored event. It was Limerick’s reputation that originally drew her to the center.

“She donned a vibrant blazer decorated in large neon triangles,” Hoien said. “She stood at the front of the lecture, adjusting her long grey hair between stints of talking with her hands as she practically bounced on the balls of her feet.”

Prior to joining the certificate program, Hoien hadn’t considered studying the American West, although she said, “It was clear upon my first interaction with Patty that it was something worth studying if she had devoted her life force to it.”

Growing up on the edge of the Californian desert in the small town of Banning, Limerick described her neighborhood as one for people who couldn’t afford to live in the nearby city of Palm Springs where jobs were easy to come by but reasonable housing was not. In the 1960s, on one side of town there was a ranch which sprawled across the outskirts, and on the other, a Native American reservation.

“I was not a particularly insightful young person,” Limerick said. “So I just thought ‘oh, I’m growing up in a boring place.’ But then, that changed.”

As an undergraduate, Limerick attended the University of Santa Cruz California. Before graduation, she had applied to Yale’s graduate school following her professors’ encouragement and little idea of what else to do. Without knowing exactly what she wanted to study, she was accepted, which Limerick jokingly recalls thinking was “clearly a mistake.”

It was at Yale that she took her first class in Western American history.

“I remember thinking, this isn’t really matching up to what I remembered of my childhood in Southern California,” Limerick said. “Where are the Mexican-American people who were important in my town, African-Americans, the Native American people? I was offended by the fact that the people I had grown up with weren’t getting a fair shake.”

This is where she began to feel a sense of mission and opportunity, which has guided career work ever since. But her work, which aims at more inclusive accounts of history, has not come without criticism.

While teaching at Harvard University, Limerick wrote a book entitled “The Legacy of Conquest: The Unbroken Past of the American West.”

Some were not enthusiastic about her book — particularly older Western American historians, claiming it was a condemnation of white men.

“They thought this was really a challenge and threat to them,” Limerick said. “I thought everyone would be really happy if I wrote this book saying, ‘well, this accent on western moving white men, that’s important, but there are so many other people in the story.’”

“My mission has been to refuse complacency, to keep asking questions, and to take in information and perspectives, even if it rattles me,” Limerick said.

This mission would eventually be the blueprint for what became the CAW, which she co-founded alongside Charles Wilkinson in 1986 while working as a CU professor.

The CAW has historically offered many opportunities for students and the general public, from events, awards, internships and more. This year will mark the 21st year of the Thompson Awards for Western American Writing — an opportunity for students to write their own ‘untold’ stories of the West and to highlight the different experiences of those living here. Applications are open to all CU Boulder students, with entries due by Tuesday, March 17.