Opinion: Students are cheated out of in-state tuition 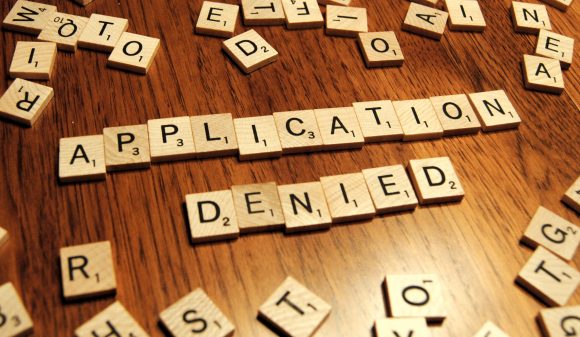 The unmerciful cost of attendance at the University of Colorado Boulder is a deterrent for many out-of-state students. Tuition alone stands close to $40,000 a year, with an estimated $17,000 more for accompanying expenses. It is not surprising then that many students attempt to change their residency status to in-state, but gaining in-state tuition status is no easy feat. Obtaining this golden ticket to lowered costs forces students to complete a list of requirements. And even after that, you’re not guaranteed anything.

After completing this laundry list of requirements, applicants for in-state tuition status are being denied for ridiculous technicalities such as receiving small payments from a family member or not getting a Colorado driver’s license within 21 days of signing a lease. Applicants who have lived, worked and paid taxes in the state of Colorado for a year have made their contribution and deserve in-state tuition. CU Boulder is making the process of getting in-state tuition into an obstacle-course, rigging it to ensure the applicant’s failure. In doing so, the university is taking yet another step in the direction of a financially exclusive school, where only the very wealthy can attend and receive an education.

Shayla Grogan, a 20-year-old from Massachusetts, moved to Colorado with aspirations of becoming a Buff. She planned to get in-state residency status, the only way she could afford to go to school. Grogan was considered a dependent of her parents by the state of Colorado for tuition purposes. She needed to become emancipated, a strenuous process that involves becoming fully financially independent for a year. Grogan began working full-time to pay all of her bills. She had to attain a Colorado driver’s license, change her voter’s registration and car registration.

After a year, Grogan submitted her packet of information to CU’s Office of the Registrar which included all of her legal documents proving financial independence. Included in this packet was a copy of her annual Venmo transactions. She had received $150 from her sister for watching her dogs earlier that year and was denied because of this transaction, as she was not permitted to receive any money from family members.

“It was the most frustrating thing to deal with as a 20-year-old and to not (get accepted) for a silly thing like $150 from my sister for doing her a favor was really, really heart wrenching,” Grogan said.

Grogan’s story is not unique. Shania Johnson, a 24-year-old Tennesseean, moved to Boulder two years ago to try and gain in-state status so that she could pursue her goal of becoming a youth counselor. She was denied on accord of not having changed over to a Colorado license within the required 21 days of signing a lease. Johnson appealed this decision given her circumstance in hopes the university would understand. She claims her license was late because of a piece of tape on her birth certificate. The DMV said it had been tampered with, so she had to get a new one, a process which in itself took months. Her appeal was denied.

“I’ve lived here for the past two years. I did everything. I don’t know how that doesn’t make you a resident. It crushed me inside.”

A common theme that appeared in all of the interviews conducted was a lack of resources and assistance that CU should’ve provided in the process. Students said they were given short packets outlining what they needed to do or were directed to the CU website to figure it out themselves.

Ben Rains, a recent graduate who finally received in-state tuition for his ninth and final semester, said, “Every time I contacted the registrar asking if I checked off the boxes to get in-state, they always just replied back to me that they cannot personally advise, they can only take my full petition and accept or refuse it.”

Another common theme was the strictness of the application process. No exceptions were made and every detail was scrutinized. “They seemed to be fighting to the claw with all the different clauses you need to check off before you can actually get any sort of in-state,” Rains said.

One applicant from Chicago, Nicole Schutten, felt the office was trying to scare her away.

“I remember multiple days going home and crying out of frustration just because of how difficult the process was.”

She said CU would not answer her questions and would even give her contradicting information about what she needed.

Not all applicants had such an unfortunate story. One CU graduate, Cristy Carillo, was able to attain an in-state residency after her freshman year. Carillo said the process was, “Not that hard, just a lot of steps.” Carillo gained in-state residency in 2013, however, the requirements became more strict that following year due to the high number of out-of-staters gaining in-state residency.

Nancy Judson, assistant registrar for Tuition Classification, confirmed what the interviewees had said about the process. She explained that the application process for emancipation is so difficult because in-state tuition is meant for students whose parents have lived in Colorado and paid taxes. CU receives only 9.8% of its revenue from direct state funding (Colorado taxes) and receives 54.3%, or $505.9 million, from out-of-state resident’s tuition.

Understandably, CU wants to prevent out-of-staters from cheating the system and getting cheaper tuition. However, none of the interviewees fell into this category. They were all hard-working young adults playing by the rules and, nonetheless, were denied in-state tuition due to minute formalities. In an attempt to gain more out-of-state money, CU penalizes potential in-state residency applicants by nit-picking small, often unavoidable slip-ups in their applications.

If getting a decent education without being eaten alive by student loans wasn’t hard enough, CU is making it nearly impossible for many out-of-state students.