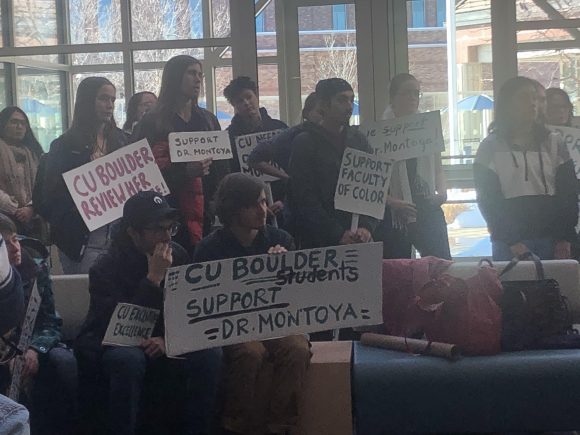 Students and staff from the University of Colorado Boulder protested on East Campus Friday in support of Lupita Montoya, a former assistant professor in the College of Engineering and Applied Sciences, who was denied tenure and demoted to a research associate. She was asked to vacate her office Friday.

Montoya is one of few Latina faculty members in the engineering college and students say the university’s failure to award her full-professorship shows the college has a long way to go in terms of diversity.

“How much more qualified does a person of color have to be to get these positions?” said Mateo Manuel Vela, co-chair of UMAS y MEXA, one of the student groups that organized Friday’s protest.

For Montoya, she wants her case re-evaluated. A two-time Stanford graduate who holds both a master’s and doctorate degree from the university, she said she is more than qualified to receive promotion. She also said that her research, which looks at the poor health affects marginalized and often low-income communities suffer due to the air they breath, only helps the engineering college’s aims to be more diverse and globally-minded.

“I am at this point doing research … that this place is using and making (CU Boulder) look good,” Montoya said. “These guys have had years, literally years, to do the right thing and they chose not to.”

In fall 2016, Montoya, then a professor in the Department of Civil, Environmental and Architectural Engineering, applied for tenure with the support of her department. But the engineering college and its former dean, Bobby Braun, who left in January for a position with NASA, recommended against her promotion. CU Boulder Chancellor Philip DiStefano ultimately decided not to award her tenure in May 2017. 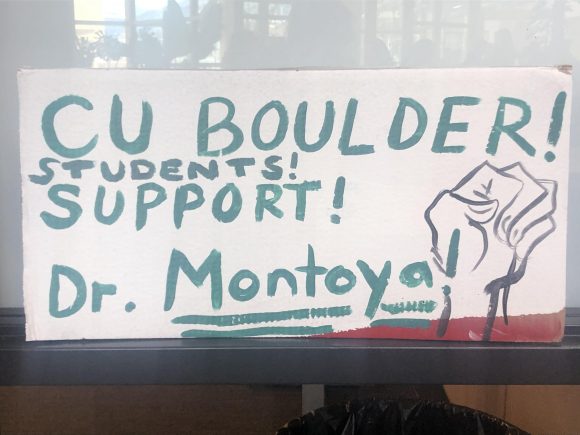 But a faculty committee in charge of an investigation into the handling of Montoya’s case, which began after she filed a grievance, found that there were procedural issues with her application review. Despite this, a formal hearing, held after the investigation presented its findings, resulted in no change to her tenure case, as Montoya says DiStefano did not allow any re-evaluation for her promotion.

“I sat there (at the hearing) and had people insult me,” Montoya said. “People with less education tell me they respect my work but that I am not good enough.”

Along with process violations, Montoya claims that Braun, during her application phase, inappropriately characterized her research as service which she found discriminatory. She called CU Boulder and its engineering school “30 years behind the times.”

The school has made efforts to increase its diversity in recent years, with efforts to bring in more women students and faculty. But Montoya says her treatment shows the unfair standard minority women are held to when going up for promotion.

Students on Friday said they won’t be letting her story go away anytime soon.

“Right now as students we are demanding the case be reopened,” Vela said. “Otherwise, see you next week.”