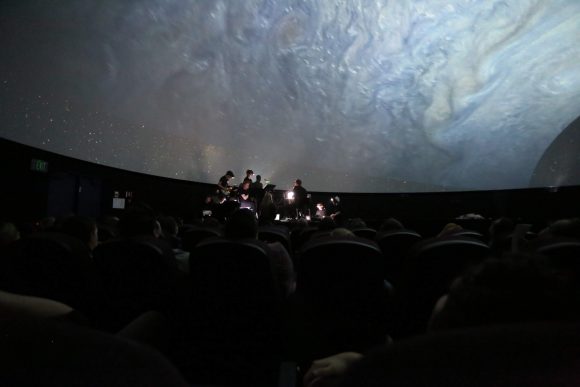 The University of Colorado Boulder’s Fiske Planetarium is holding several events this weekend, allowing attendees of all ages to learn about and explore different aspects of the universe and life on earth.

Starting Thursday, Feb. 6 at 7 p.m., audience members will get a closer look at the universe and its mysteries, with a number of presentations on topics ranging from astronomy, black holes, astrobiology and space science in general. Speakers will present “A Decade in Review: Greatest Hits of the 2010s,” in which they will explain how advances in technology have helped scientists make new discoveries such as capturing the first photograph of a black hole.

The events continue Friday, Feb. 7 at 7 p.m. with an array of full-dome films and star shows beginning with “Bears” and “Aurora of Alaska,” two films in which students will be able to learn about the wonders of life in Alaska. After “Aurora of Alaska” there will be a one-hour film and talk about these objects found in space, beginning at 8:30 p.m.

On Saturday, Feb. 8, starting at 9 p.m. there will be several laser shows accompanied by music from well-known artists that students can enjoy while looking at colorful, bright lasers projected on the 360-degree wrap-around screen.

The weekend’s events will come to a close on Sunday, Feb. 10 where there will be several presentations starting at noon, which will mostly cater to younger audiences. Starting off with a double feature of “We Are Stars” and “Perseus and Andromeda,” in which guests will learn about what humans are made of and how they came to be.

The afternoon’s events will finish with the film “Max Goes to the Moon” at 1:30 p.m, about a young girl and her dog’s trip to the moon. And the last film to be projected will be “Dream to Fly” where the “mystery of flight” is discussed.