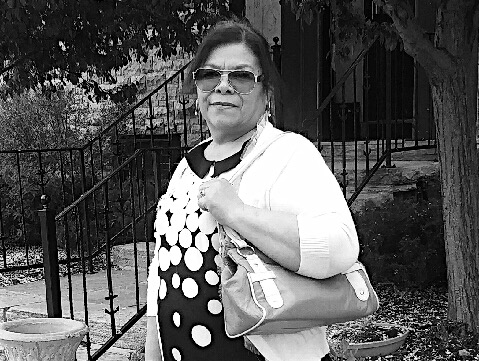 For years, while struggling to raise four children and buy a home in the pricey city of Boulder, Martha Perez worked literally night and day.

Seven nights a week, Perez took her children with her to the Red Lion restaurant from 10 p.m. to 4 a.m. She’d bring pillows and blankets for the kids to sleep on while she cleaned. At 4, she’d wake the kids and drag them home for a few hours before she had to drop them off at school and rush to her next job at 7 a.m., cleaning Breadworks Bakery and Cafe three days a week. When Perez got off at 2 p.m., she had two hours before her shift at John’s Restaurant began. She’d finish at 9:30 p.m. with just enough time to pick up her children and return to the Red Lion to start the cycle again.

This, in addition to cleaning houses twice a week and her husband working two full-time jobs, is what Perez had to do to afford a house in Boulder.

“People think I’m rich because I live in Boulder but no,” said Perez, 61. “My husband and I are working hard, day and night.”

In Boulder, 73.8% of residents are college-educated, 87.9% are white and the median household income is over $6,500 more than the U.S. average. However, Boulder also has a 21.58% poverty rate, compared to the 12.3% U.S. average, and that rate increases to 26.19% for Hispanic residents. The percentage of residents with a bachelor’s degree also decreases to 42.41% for Hispanics.

“People think I’m rich because I live in Boulder but no. My husband and I are working hard, day and night.”

Perez is 4 feet 11 inches tall with olive skin and warm brown eyes, matching her kind, gentle voice. She moved to Boulder from Guanajuato, Mexico, 33 years ago. She came with her husband, with no family and speaking no English.

“It felt like coming to a new world,” she said.

In Guanajuato, Perez dropped out of school after completing elementary. At 20, she returned to study accounting. For four years, she worked and attended school full-time. The work ethic she developed then is evident today.

Following her restaurant jobs, Perez has worked for the University of Colorado Boulder since 2001, currently working as a cashier at SEEC Cafe. She works eight hours a day, five days a week but makes a point to always accept overtime when it’s offered. “It helps me a little bit,” Perez said.

Her husband, Jorge, worked as a custodian at CU for 36 years before retiring. However, after only two months of retirement, Jorge returned to the workforce with a full-time job at Lucky’s Market.

“We need to pay bills,” Perez said. “Everything is expensive.”

On top of their living expenses, Perez regularly sends money to her family in Mexico. While four of her siblings now live in the U.S., her other six siblings and 87-year-old father still live in Guanajuato. Perez said that the salaries in Guanajuato are bad, making it difficult for her family.

“They’re barely living, my sisters, with the expenses,” Perez said.

Perez has four children between the ages of 22 and 32 and four grandchildren. She and her husband frequently babysit and drive their grandchildren to school. The family of one of her married daughters even lives at home with Perez so that she can save for a house of her own. “We work as a team,” Perez said.

However, Perez wasn’t always so available. She said she had to “sacrifice” her family to provide for them.

Perez’s youngest son, Joshua, felt this sacrifice during his childhood.

“I barely would see my father at all since he worked two jobs,” Joshua said. “My mother would arrive home very tired from work, not wanting to do anything but rest. … as a kid, I thought she was lazy.”

Joshua is a student at CU Boulder, working two jobs while attending school full-time. He said that his mother’s work ethic is “something that (he) cannot work up to.”

“When my mom sets her mind to something, she gets it done,” he said. “Her sense of focus and attention is incredible.”

This is a sentiment shared by many who know Perez. Geof Cahoon, president of the Boulder Area Labor Council, marvels at Perez’s “high level of civic engagement and commitment to human rights.” They met over a decade ago through Perez’s involvement with the labor union Colorado WINS, of which she and her husband are long-time members.

“She’s passionate about all work having dignity and workers having a voice in their workplace,” Cahoon said.

This passion translates into her work as she does everything with pride. Despite their hardships, Perez has built a life in Boulder, one she and her husband work to maintain.

“It’s not an easy life,” Perez said. “Whatever we have is because we work hard.”