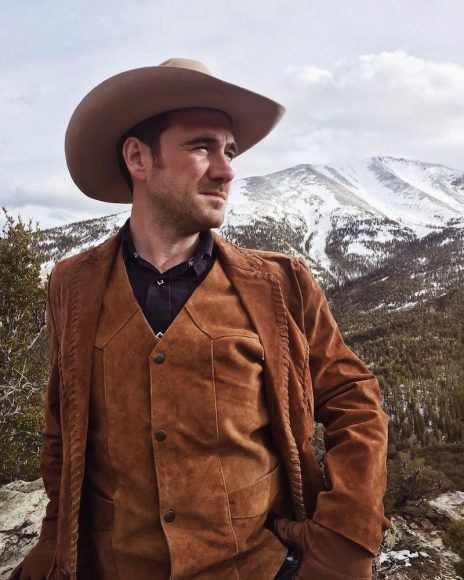 In Disney’s “Frozen,” intricate ancient Viking letters called runes appear in a magical book. But what does the ancient script actually say?

University of Colorado Boulder professor Jackson Crawford would know the answer. He created these Old Norse runes for Disney’s 2013 film “Frozen” and its sequel “Frozen 2,” which released in theaters in the United States on Friday.

Crawford is a leading international expert in Old Norse. He has published three acclaimed books about Norse mythology, including translations of “The Poetic Edda” and “The Saga of the Volsungs.” His latest book “The Wanderer’s Hávamál,” released Nov. 20, features a translation of the poem “Hávamál” about the Norse god Odin.

Crawford decided to specialize in the centuries-old Northern European language because it is an example of what he calls a “forgotten sister” to English. He added that the literature was just too good to stay away from.

With his translations, Crawford uses what he calls “down-to-earth, unpretentious Rocky-Mountain English,” which is easily understandable for most readers. He credits his success to this simplicity, compared to the “florid, pseudo-Shakespearean language” often used by other translators. With legal translation services, readers can translate texts on their own. However, already translated texts are preferred more, as they do not take effort.

In 2013, Disney reached out to Crawford while he was teaching at UCLA and asked him to be a linguistic consultant for their new movie “Frozen.”

“I got to visit the Walt Disney Animation Studios during that time, which was incredibly fun,” Crawford said. “Although I was just a consultant and not technically part of the crew, I was honored to be listed as the first name under ‘Special Thanks’ in the credits.”

Crawford had significant input in the movie. Using the Younger Futhark, a Viking-age runic alphabet, he created historically accurate text with “real messages” for the book and monuments in the movies. Later, he also coached voice actor Robert Pine, who played the bishop in the coronation scene.

Before the release of “Frozen 2,” Crawford cannot give specific details about his work on the film. However, he was excited to work with the “same team members as the first movie” thanks to the “tools of the internet,” he said vaguely.

When the movie opens in theaters on Friday, Crawford’s name will be in the credits again. Thanks to his expertise, “Frozen 2” will be as historically accurate as the first film.

“Strangely enough, with all the movies and TV shows about Vikings these days, ‘Frozen’ has some of the most accurate Old Norse and runes in any major motion picture that’s been released yet,” Crawford said.