Opinion: Students should not have to surrender academic life to the fear of gun violence 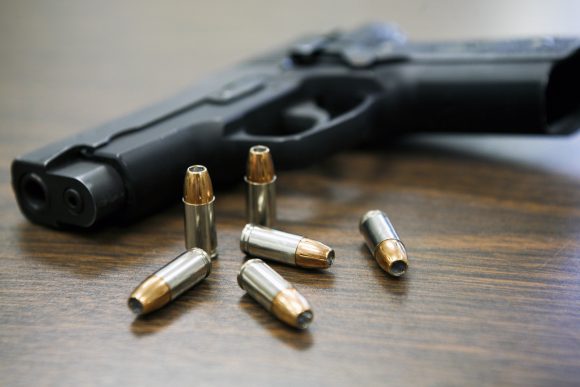 In a big lecture hall filled with over 100 students, each set of eyes was focused on the professor and the glowing, projected screen behind him. Suddenly, a fraternity pledge ran into the room screaming. Not one student paid attention to the professor anymore. I got down to hide, the girl next to me stood to run. Our professor yelled, “Hey!” and lunged towards the screaming pledge. A majority of those in class naturally followed The University of Colorado Boulder’s guide for an active harmer scenario (Run, Hide, Fight), my constant awareness of exits in rooms suddenly became needed information. The pledge ran away and those in the lecture hall were left with adrenaline-filled veins, thinking about how easy it would have been for the pledge to be an active shooter.

It’s a scenario that became tragically real today in Santa Clarita, Calif. where a gunman killed two fellow students, injured three others and then shot himself.

Students are constantly ready for there to be an attack during class, but this should not have to be the case. The fear of an active shooter noticeably impacts students’ lives. In 2017, 6.7% of high school students reported that they did not go to school because of safety concerns. For many, this is not a surprising number. School shootings and mass shootings have become more common within the lifetime of us Generation Z young adults.

“I feel it is possible there could be an attack here at CU, but I also know that it is unlikely,” CU freshman Zoe Papier said. “I know I was more afraid of it in high school.”

As of 2018, 25% of active shootings occurred in school settings. A survey conducted with teenagers aged 13-17 in 2018 stated that 57% of teens worry a school shooting could happen at their school. The looming threat of attacks at school is the new reality for students.

While many people beg for gun control and reforming mental health within the country, students’ newfound anxiety surrounding these horrific events is ignored. But all the talk on social media in the news media leads students to be more anxious. Experts have linked the threat of mass shootings to be damaging to mental health.

“The looming threat of attacks at school is the new reality for students.”

As attacks continue, young people’s mental health suffers because of their preparation for everything that could, and sometimes does, go wrong. Bulletproof backpacks started trending in 2016 and sales have continued to grow since. For the 2019 school year, they were even sold on the shelves of Office Depot. A majority of the sales for these backpacks come from parents. These companies directly target worrisome parents and have even gone as far as putting Disney symbols on the bags.

Even though fraternity pledges screaming in lecture halls are not a threat to students’ safety, this scenario demonstrates just how quickly an attack could occur here. Because of this, students walk around prepared for an attack at any moment. This anxiety has lead students — like me — to constantly plan exit strategies and think through life or death scenarios.

“Yes, I do plan for exit strategies,” said CU freshman Jessica Ladymon. “I already have a diagnosed anxiety disorder, but on top of that, I lived in Aurora right next to the theater on the night of the shooting. (I) haven’t been to a movie since.”

This fear is not fair. Students should not feel unsafe when at school. CU’s mission statement is, “to shape tomorrow’s leaders, be the top University for innovation, and to positively impact humanity.” Anxiety driven by the potential of violence negatively impacts students’ potential to be tomorrow’s leaders, as well as their ability to contribute to CU’s innovation and to positively impact humanity. This naturally-occurring fear should not lead students to miss class or to fear the time they spend in lectures, causing them to be distracted. Students should not feel like they are risking their lives to get their degree.

For this generation, and all future generations that follow, the fear that naturally comes with attending classes needs to be demolished. The conversation surrounding gun control is not limited to ideas around changing laws and mental health. Student’s sense of safety deserves to be discussed as well. It is time to start talking. For our future, and all others’ future we need to start finding ways to make students feel safe in their learning environments.

Zoe is a junior at the University of Colorado at Boulder majoring in journalism with a minor in communications. She is a managing editor and staff writer for the CU Independent. Zoe has a passion for social issues, sustainability and educating those around her.