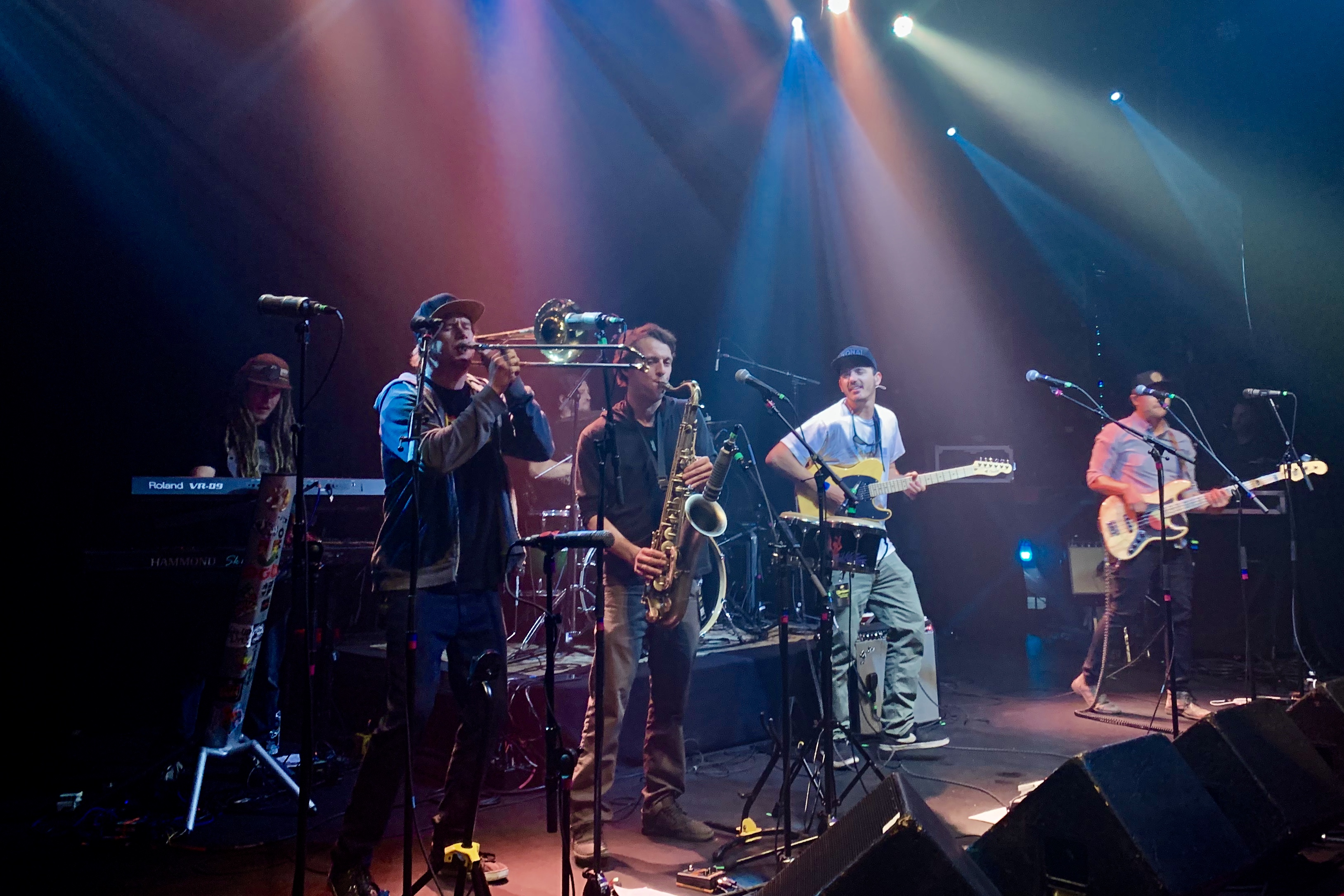 The California-based reggae collective Dubbest has been making music since 2009, seeking to pay homage to roots traditionalism with a more improvisational jam-band vibe. High school friends originally from Boston, the band relocated to San Diego in 2015 to take advantage of the city’s rich modern American reggae scene.

Amid the theater’s intimate crowd, the group jumped into one of their more popular songs, “Daydream.” Lead singer and keyboardist Ryan Thaxter led the band with his rich vocals and lyrics that touched on the simple joys of love and kinship.

The crowd swayed rhythmically to beats laid down by drummer Kyle Hancock. The rest of the ensemble often interlaced their songs with improvisational riffs on the bass or guitar. During long instrumental sections such as “Keep Waiting,”  the members danced and smiled amongst themselves. Thaxter would switch the sound of his keyboard between a higher synth lead and more warbly organ tones, often in the middle of songs. It was clear that Dubbest felt most comfortable when they deviated from standard reggae norms and played off-script, allowing each member of the band to have their own moment in the lead and build off one another’s talents.

The band barely paused between songs. Instead, they laid down one steady groove throughout their entire set, blending one song into the next.

Towards the end of their set, the saxophonist and trumpeter from Policulture joined Dubbest onstage to complete their set with a richly layered finale of horns and synths.

Boulder-based band Policulture then began their buoyant set with more bouncy reggae tunes, using their horns section as their biggest strength. The group is known for their contemporary reggae sound with heavy drum and basslines.

Several members of the six-piece band switched off singing harmonies from their uplifting songs. Their latest album, “Mountain to Cross,” focuses on music’s persevering ability to change the world positively.

Policulture was clearly overjoyed with the opportunity to perform a hometown show, beaming with happiness throughout their entire set.

“I know we can make a difference, I know we can make the change we wanna see,” sang lead vocalist Matt Niederhauser. The dancing crowd sang along to his words, filling the small room with an intimate shared experience.

Neither band needed to be loud or flashy. The night lent itself to a warm environment of like-minded people seeking to enjoy the simple joys of reggae music, basking in funky baselines and the preaching of peace, love and positivity.

Dubbest and Policulture are continuing to tour together through the end of November. Tickets and information can be found here.