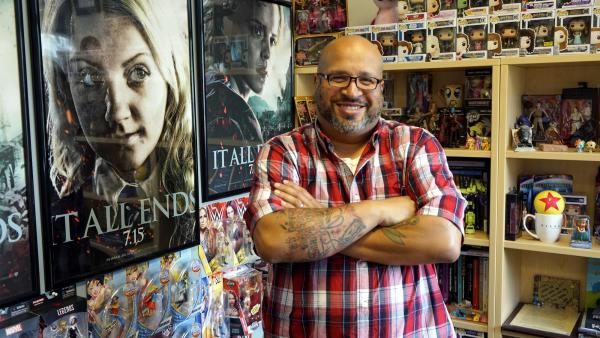 Dr. Christopher Bell delivered a speech on media’s impacts on society at the University of Colorado Boulder Saturday, serving as keynote speaker for the 2019 Ignite Social Justice Conference.

Bell is the director of graduate studies and an associate professor of media studies at CU’s Colorado Springs campus. His work focuses on popular culture, specifically on how race, gender and class affect children and the media they view.

“Not one single thing you have ever seen in media is real,” Bell said. “Media are not in the business of portraying reality.”

Bell began his speech by explaining how people in the United States are “media illiterate,” meaning that people do not fully understand most of the media’s purpose.

Media exposes society to several different, sometimes stereotypical, ideologies, according to Bell. For instance, standard ideals of what a woman’s duty in life is one that has been present for years on end.

Bell said there are three essential questions to ask every time someone looks at a picture or video. The first one is “who made this,” followed by “what is this trying to teach me” and finally “who benefits from me believing this.”

“Media are much better now than they used to be at teaching stuff,” Bell said.

“Not one single thing you have ever seen in media is real. Media are not in the business of portraying reality.”

To prove his point, he showed a television clip from the 1950s on women’s duties as a wife and/or mother. The clip stirred the audience, making them laugh at the ‘50s stereotypical ideals. However, Bell surprised the audience even more by showing a recent Hasbro commercial from the early 2000s. The advertisement included a woman who said, “taking care of my home is my dream.”

The advertisement was aimed at young girls and showed that ideals have not changed and media is just able to portray these messages in a more subtle way.

“It wasn’t your typical diversity speech,” said CU student Zack Zarling. “Instead of saying ‘white privilege bad, racism bad,’ (he got more) into the roots of why we think the way we think … and the way we are brainwashed.”

Bell said that the general population does not understand the reality of media in general with people perceiving things individually and differently.

Bell showed the audience a picture of a family celebrating their son’s birthday. While the audience closely observed the photograph, Bell explained that they know nothing about the people in it.

“It’s a digital projection of a photograph of a group of people arranged in such a way to make you believe they are family … the longer you look at this photograph the more you realize those people don’t even look like each other,” Bell said.

This level of analysis hit home for some audience members.

“It affects everyone, it’s all systematic in a way that we consume media every day in a way,” said CU student Micheal Jennings. “It’s important for us to educate ourselves about what (we consume) every day so that we have a better perception of the world.”