Dallas Walton shines in first game back from injury 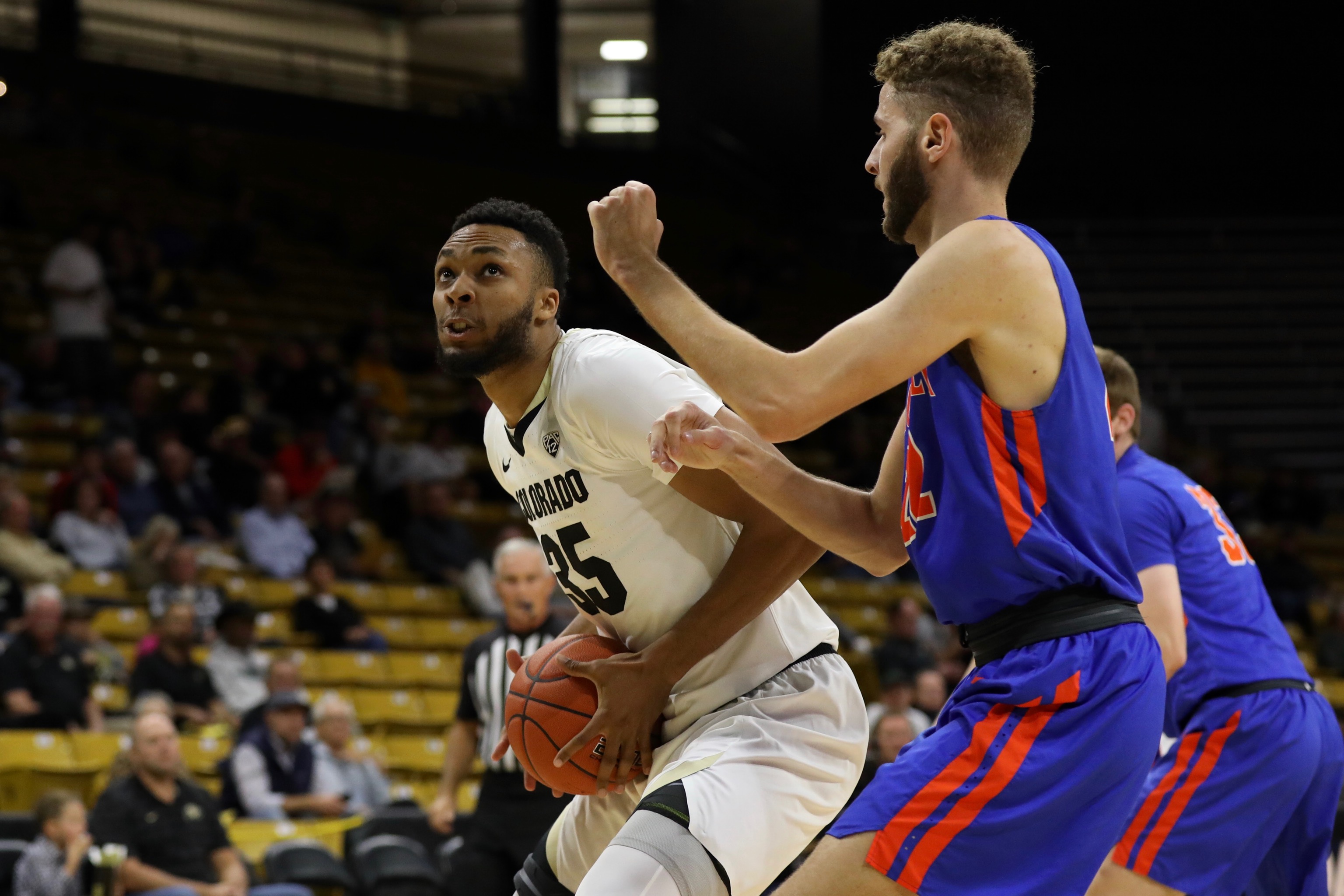 For the first time since tearing his ACL in October of 2018, junior forward/center Dallas Walton played a game for the University of Colorado men’s basketball team.

Despite only playing 10 minutes, Walton shined with nine points and one rebound in the Buffaloes’ exhibition win over Pomona-Pitzer.

“It’s really good to have Dallas back out there,” said head coach Tad Boyle. “I thought he exerted his will when he came into the game which was nice to see.”

Walton checked into the game with applause from Colorado fans for the first time at the 14:17 mark in the first half. Walton’s presence became immediately felt when he scored three straight times under the basket to extend the Buffs’ lead to 17 points. After checking out of the game, applause again rained down on him by the fans.

It’s been a long journey for Walton after suffering his knee injury and his performance against the Sagehens showed the results of his hard work and determination to get back on the court. Even with his impressive play, Walton is still taking precautions as he works his way back.

“Usually when I’m out there, I don’t try and think about it,” Walton said. “Tonight, I felt good. Just making sure that whenever I’m making moves, I’m on balance so that there’s power behind my moves. Just making sure I’m doing alright out there.”

While returning from a serious injury is physically challenging, it can be mentally taxing as well. Some athletes have to regain confidence in the part of the body where they were initially injured. Boyle believes Walton handled the mental side well in his first game back.

“The biggest thing I wanted to see was how is Dallas going to come out and play mentally tonight,” Boyle said. “I thought his mental state was really, really good today. His knee is sound, and he is learning to trust it again.”

Adding Walton back into their rotation gives the Buffaloes another center to work with. The combination of Walton with sophomore forward Evan Battey allows Colorado to play inside the paint more often.

“Eventually we want to play inside out,” Battey said. “If we can get the ball in the basket inside it makes it easier for our outside game. That’s what we try to emulate in the game.”

CU’s roster is stacked with talented men this season. Battey, Walton, junior forward Lucas Siewert and junior forward Tyler Bey are all skilled and versatile players who can fit into a variety of lineups. Boyle is excited about the challenge opposing teams will face when trying to defend them.

“We have multiple weapons on that low post,” Boyle said. “Based on matchups, it gives me a lot of versatility as a coach to see who we are going to post up. All of our guys are capable.”

The Buffs’ next home game won’t be until Nov. 16 when they return from China to play San Diego in the CU Events Center at 8 p.m. MST.