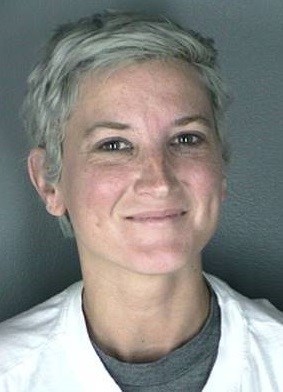 It appears Rebekah Krajacic, the 33-year-old woman who was videotaped yelling racist slurs at a black student on the University of Colorado Boulder campus, harassed another person near campus on Oct. 16 according to a man who contacted the CU Independent. The incident occurred a day after Krajacic’s release from Boulder County Jail.

Gerald Roebke, the father of a current CU student, was riding his bicycle by the intersection of Arapahoe Road and Folsom Street around 1 p.m. when he noticed a woman who looked like Krajacic harassing another man. The man tried to walk away from Krajacic who was pointing a cell phone at him as if she was filming, Roebke said. Roebke did not hear what Krajacic was saying, but said the man was “shaking” and visibly distraught after the incident. The man was light-skinned, but Roebke was unsure of his race.

The man called the police at Roebke’s insistence, but Roebke said he was “disappointed” in how the Boulder police responded. He said that the officer who responded did not take an official statement from either of the men.

In an email to the CUI, Boulder Police Department spokesperson Shannon Aulabaugh confirmed police responded to the incident after Krajacic called 911 saying several men were stalking her. Krajacic fled the area before police arrived. The man harassed by Krajacic claimed she called him a “retard,” but Aulabaugh said no statement was taken by officers as there was no crime.

Krajacic was arrested on charges related to harassment earlier this month and was released on Oct. 15. A video had circulated of her yelling the N-word at a black student that sparked student outcry. After the video went viral, former students told the CUI that they too had been harassed in July by a woman who appeared to be Krajacic. A University of Colorado Boulder Police Department report confirmed the student’s account.

“I maintain if this person is allowed to behave in the documented manner, this issue will keep happening,” Roebke said. “I really expect better out of the Boulder Police Department. (The officer) almost couldn’t be bothered.”

According to Aulabaugh, an officer during the incident said he hoped Krajacic would continue south on Folsom Street and become “CU’s problem.” Aulabaugh said the officer immediately said afterward that he was kidding and that BPD would continue looking for her.

CUPD spokesperson Scott Pribble said Krajacic stopped by CUPD that same day to retrieve personal property following her arrest the week before and that CUPD was not aware of the altercation that occurred.

‘It’s hard to keep learning’: For students of color,...