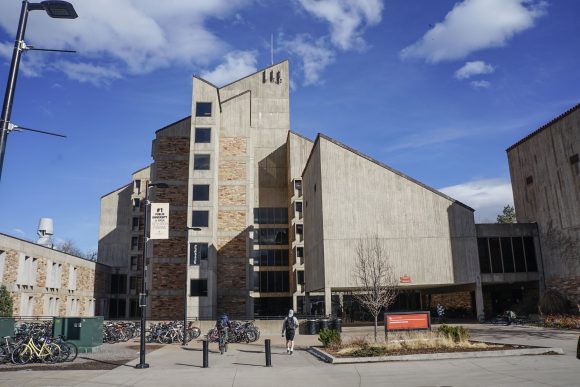 The woman who yelled the N-word at a black student Sunday had previously approached Asian American and Indian American former CU students and used racial slurs against them in the Engineering Center in July, according to police records and interviews conducted by the CU Independent.

The University of Colorado Boulder Police Department was aware of the incident in July, but the former students involved felt that the police did not do enough to assist them after reporting it, they both said in an interview Tuesday. The former students spoke with the CUI on the condition of anonymity and the CUI corroborated their account with a police record. CUPD identified the woman in the Sunday video as Rebekah Krajacic, 33. The two students the CUI spoke with said they recognized her from the video. The students did not know her name and the police report that was filed only identified her as a white female in her mid-30s.

The Indian American former student said the woman approached him, started filming and accused him of slapping her.  Confused, he and his friend tried to deescalate the situation. The woman then called him a “brown Hindu” according to a police record, and used other racial slurs, the former students said. She then ran away and the two former students tried to contact police, they said.

The CUI found five criminal reports against Krajacic from Florida including two domestic violence injunctions from 2012 and charges related to resisting an officer in 2017.

It appears as though Krajacic has engaged in racial harassment on multiple instances, two of which occurred in the Engineering Center and one at a Dollar Tree in early August. A video posted to Twitter on Aug. 7, 2019 shows a woman that appears to be Krajacic shouting “Get out of my life (N-word)” and  “You’re a dead (N-word) if you don’t stop stalking me.”

When the two students were able to speak with a police officer, the officer informed them that he did not believe a crime was committed. When the students asked for assistance in contacting other CU resources, the officer did not provide any names or help, they both said.

“We don’t have any record of her acting this way with any other students. If she has been involved in this type of activity before, this is the first time we have been able to identify her,” said CUPD spokesperson Scott Pribble in an email. “We thoroughly investigate every crime that is reported to us. Sometimes there isn’t enough evidence to lead us to an arrest.”

After the police report was filed, the Office of Institutional Equity and Compliance reached out to one of the former students. After asking for assistance, OIEC directed him back to CUPD.

“I gave up at that point,” one of the former students told the CUI.

The interactions with police left both students “very frustrated,” they said and both felt CUPD treated them dismissively.

“The officer was being very rude,” one of the students said.