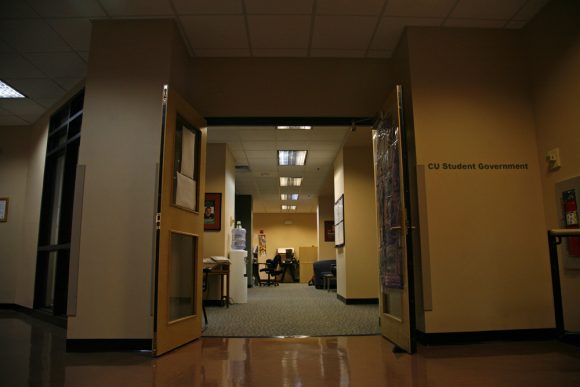 The University of Colorado Student Government and the United Government of Graduate Students released a joint statement Monday condemning the language of a woman who called a black CU student the N-word Sunday.

“We acknowledge that this incident is not an isolated problem,” the statement reads. “It should not have taken this specific incident to spur our public condemnation of racism on our campus, and prior to this, we have been too complacent and therefore complicit in the presence of white supremacy on campus.”

The statement goes on to say that both CUSG and UGGS align with CU’s identity and Colorado Creed, which includes acting with integrity, respecting the rights and differences of others and contributing to the community.

CUSG and UGGS’ statement also supports the Black Student Alliances’ list of demands for CU Boulder as the university investigates the incident.

On Twitter Monday, BSA released its list of five demands, including expulsion of “The student who engaged in the racist behavior.” According to campus police, the woman is not currently believed to be affiliated with CU.

BSA said it has given CU 48 hours to respond to its demands.

“We acknowledge and support the demands created and released by the Black Student Alliance,” CUSG and UGGS’ statement reads. “We acknowledge the weight carried by students of marginal background when in a space that is neither welcoming nor safe. We understand the importance of advocating for the student body and ensuring that underrepresented voices do not get pushed aside or ignored.”

The statement was signed by the following members: