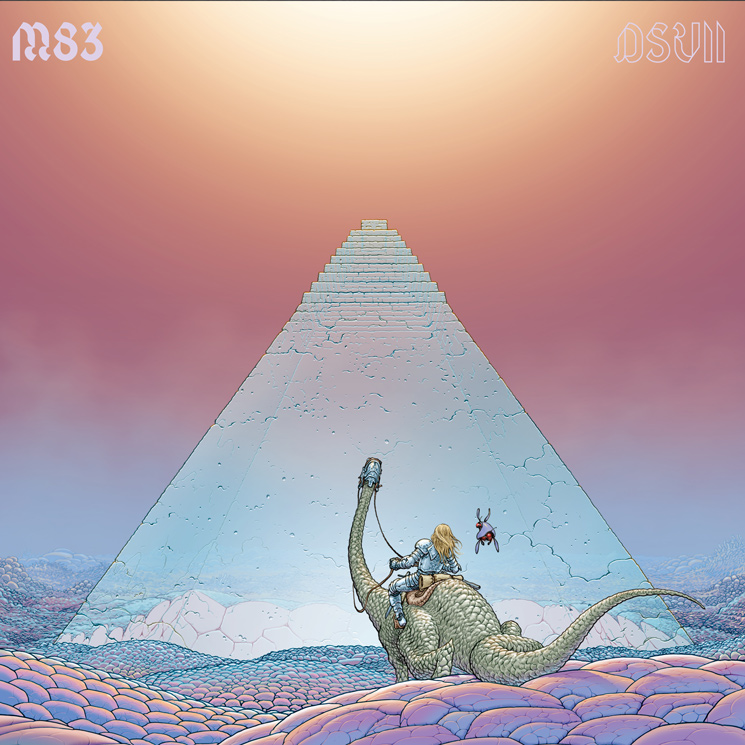 It is rare for an artist to even consider acknowledging the disappointment of their fans. But after releasing 2016’s “Junk,” Anthony Gonzales, the man behind the French electronic music project M83, has been focused on exactly that. In the announcement for Gonzales’ latest project, “DSVII” (Digital Shades Volume II), he admitted, “I couldn’t stop thinking that the fans were disappointed with ‘Junk’ … a feeling of failure stayed with me for a very long time.” While the merits of “Junk” will always be debated, there is no doubt that “DSVII” is music that Gonzales has made with a particular love, minus the pressure of embarking on a global tour.

“DSVII” is a follow up to M83’s “Digital Shades Volume I.” The twelve years that separate the volumes of Digital Shades also measure the growth of Anthony Gonzales as a composer. After spending the summer of 2017 in Cap d’Antibes, France Gonzales began work on an all-analog sequel influenced by 1980s video game music and synthesizer legends.

Inspirations behind “DSVII” are strikingly apparent. The rolling drums and constant arpeggios in “Lune de fiel” draw homage to classic video games such as the “Legend of Zelda,” “Final Fantasy” or “Dragon Quest” series. Koji Kondo, Nobuo Uematsu and Koichi Sugiyama, composers of those three series respectively, innovated video game music as tracks that absolutely cannot fade into the background. Gonzales accomplishes that much with the product of their inspiration. “Lunar Son” is another love letter to video game music, but unlike other tracks that take on the thrill of a climactic boss fight, the song’s airy synth flute leads let listeners dream up their favorite fantasy adventure.

M83’s album’s worth comes from the rich natural textures that Gonzales was able to create from the seven analog synthesizers he used on the project. Rather than put a huge emphasis on sound design which commonly occurs on most mainstream electronic music, Gonzales focuses his energy on the complexity of his compositions. He draws ties to synthesizer greats like Mort Garson, whose 1976 Moog synth record “Plantasia” can easily be heard influencing “A Taste of Dusk at Dawn.” Gonzales’ appreciation for ambient music also spans multiple artists. “Colonies” plays as a beautiful ambient tribute to the abstract conjurings of sensation that Brian Eno first produced on his 1975 record, “Discreet Music.”

Throughout the album, Gonzales also takes time to merge all the ideas he’s gathered in bits and pieces along the way. “Feelings” is the best track on the album for this reason alone. What starts off as a synth flute-driven, ambient choir-backed quest is reimagined into an arpeggio-laced swell of grandeur that completely fills the album’s desire to put images of epic fantasy into the listener’s head. Gonzales leaves listeners with “Temple of Sorrow,” a final coagulation of his fondness for this art of the past, and the strongest example of what he can do when he doesn’t feel the pressure to make M83’s more recognized pop music.

Gonzales teamed up with experimental French film director Bertrand Mandico to create the film trilogy “Extazus” which is soundtracked by “Temple of Sorrow,” “Lune de fiel” and “Feelings.” It can be watched on M83’s website. Currently, M83 is not on tour, but Gonzales has shared that one is in the works.