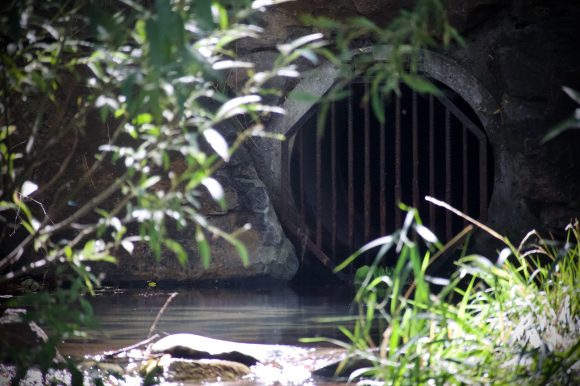 Members of the environmental group Boulder Waterkeeper are urging the University of Colorado Boulder to take more action to reduce levels of E. Coli in Boulder Creek. During a public comment period at a Board of Regents meeting Thursday, Sept. 12, Art Hirsch, a Waterkeeper member, raised concerns to university officials. CU has affirmed that it is in full compliance with its state permit to discharge water, with the university adding it has actively addressed E. coli levels.

“I didn’t expect an immediate decision from (the regents meeting), but I expect some discussions with the chancellor and (the campus),” Hirsch said.

E. coli is a bacteria found in mammal intestines and usually comes into contact with water sources through fecal contamination. While the majority of E. coli infections cause vomiting and diarrhea, in extreme cases, the bacteria can lead to severe anemia and kidney failure.

In an interview with the CU Independent, Regent-at-Large Lesley Smith said that E. coli in Boulder Creek “has been an issue for years.” Before becoming a regent, Smith served five years on the City of Boulder’s Water Resources Advisory Board.

“I wasn’t surprised at all when (Hirsch) talked about it,” Smith said. “There’s a lot of different ways those E. coli levels can spike.”

Boulder Creek has been impaired since 2004, when a City of Boulder study found that levels of E. coli exceeded the EPA standard. E. coli is considered safe at 126 colony forming units (cfu) per 100 milliliters. Regular sampling of the creek between 2015 and 2018 showed some levels over 2,000 cfu. Of the roughly 80 samples taken during this time, nearly one in every three was above the standard.

Smith said that steps have been taken to prevent wildlife from accessing outfalls, which the Boulder campus believes is the main cause of water contamination.

“That being said, we don’t want to be discharging water that is way above the EPA standard,” Smith said.

“It would be nice to have a regent step in and say ‘this is wrong, let’s develop an implementation plan.’”

Hirsch wants to see an official implementation plan from the university, similar to the one released by the city in June. The city’s plan seeks to maintain regular monitoring and testing of water in the creek while focusing on and controlling sources of E. coli.

Smith said that the Boulder campus could look into the city’s plan but that there would need to be “a little bit more exploration” before anything moves forward. Ultimately, Smith said any next steps are up to the campus.

“As board members, we are not supposed to be micromanaging and getting into affairs at that level,” Smith said. “I want CU to be a good partner with the city and the community. If there are issues that come up such as this, I want to hear from the community.”

But Hirsch feels regent involvement may be needed.

“It would be nice to have a regent step in and say ‘this is wrong, let’s develop an implementation plan,’” Hirsch said.

CU has affirmed that the campus is in compliance with its MS4 permit issued by the Colorado Department of Public Health and Environment (CDPHE) in 2004. Under the permit, CU is allowed to discharge stormwater, with the following exceptions:

The permit also allows several non-stormwater discharges, unless discharges are identified as significant contributors of pollutants, in which case it may be classified as an illicit discharge and a violation of the permit. In a press release issued by Boulder Waterkeeper, the group cited high E. coli levels as a “potential illicit discharge” that “warrants investigation as per the MS4 requirements.”

In an email to Hirsch, Brandon Boger, CU’s director for environmental health and safety, stated that campus discharges come from building foundation drains and ditch-water overflow, both of which are permissible under the permit. He stated that CU’s efforts to address E. coli have gone “above and beyond what is required of the campus.”

CDPHE, also in an email statement to Hirsch, agreed that CU is within its permit, adding that “addressing elevated pollutants in discharges from stormwater in urban areas … is challenging and takes time.”

Joshua Lindenstein, CU spokesperson for infrastructure and sustainability said in an email statement to the CU Independent that the campus has made necessary efforts to reduce E. coli levels in its outfalls.

Lindenstein said that “ongoing inspections have never indicated direct connections between sanitary sewer lines and storm lines.” He said only twice in the last five years have leaks been found in piping and that CU has been quick to address it.

“CU Boulder continues to be proactive and takes the matter of stormwater quality and E. coli mitigation seriously to help ensure a healthy, safe environment,” Lindenstein said. “This is a pervasive issue in public waterways that many municipalities struggle with due to multiple potential sources and the complex nature of mitigation.”

Hirsch and his colleagues have urged the campus to publicly post results of routine outfall monitoring on a CU webpage. The university currently does not publish results online. Open records requests made by Hirsch revealed that the campus also does not document sanitary sewer evaluations performed during routine maintenance activities.

Ted Ross, another Boulder Waterkeeper member, said CU has done little to inform the community about the elevated risks of E. coli.

“What we’re asking for is a little public awareness, a little stepping up, a little commitment to engage the community,” Ross said. “Right now it’s not exactly a problem, but sooner or later (for a) person with an impaired immune system, there is going to be some health risk.”

Ross added that the continued impairment of the creek is contrary to the campus’ environmental message.

“We want the regents to set the tone that CU is the environmentally respectful and conscious place that it portrays itself as,” Ross said.

For Hirsch, who gained his master’s degree at CU Boulder, he still “loves the university.” But he fears continued contamination of the creek is jeopardizing CU’s image.

“I think it’s ultimately going to tarnish their reputation if it continues,” Hirsch said.