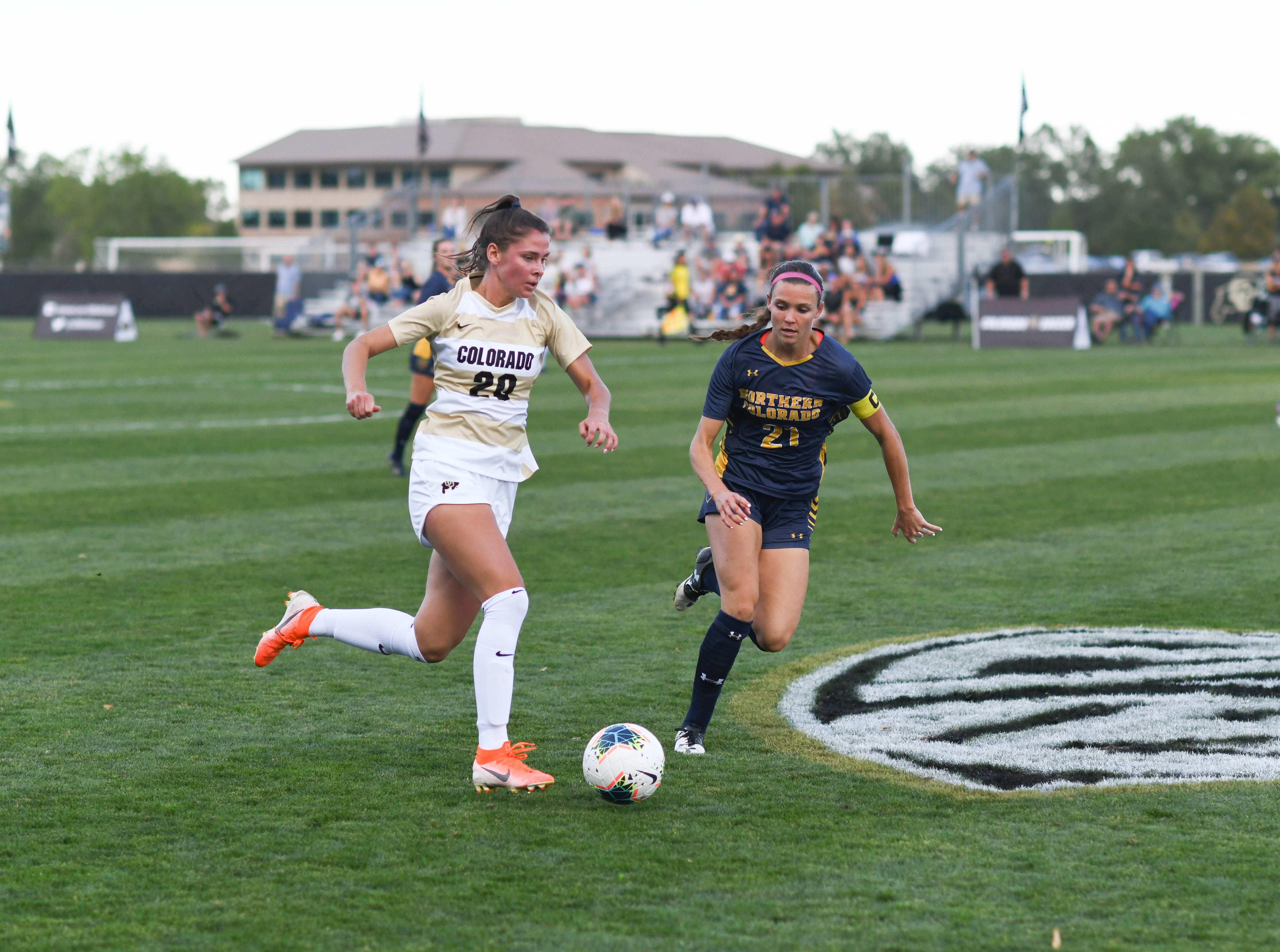 The University of Colorado women’s soccer team beat the University of Denver Pioneers 2-0 Friday night at DU Soccer Stadium. The Buffs finished their non-conference schedule on a high note, improving to 8-1 while the Pioneers fell to 3-4-1.

The game was a physical battle from the start with each team looking for the early advantage. The Pioneers came out of the gate full steam, applying the pressure early and putting the Buffs on their toes. Colorado got the first crack at goal, though, when senior forward Stephanie Zuniga’s shot sailed right into the arms of Denver’s senior goalkeeper Brittany Wilson. Denver would respond eight minutes later with a chance, but the shot sailed over the bar.

Denver’s attempts were almost answered when junior midfielder Meg Halvorson’s shot was tipped over the bar by the Buffs’ senior goalkeeper Jalen Tompkins. In a miraculous stop, Tompkins dove back in full extension to make the save.

Colorado would keep the pressure on after the save. The Buffs had multiple attempts at goal, but they either soared wide or were saved by Wilson. Colorado’s persistence paid off in the 36th minute when sophomore forward Libby Geraghty’s shot found the back of the net, putting the Buffs ahead 1-0. The goal was assisted by senior midfielder Taylor Kornieck.

The Buffs would finish the half with six shots on goal while Denver had four. Colorado head coach Danny Sanchez stressed the importance of not getting complacent and coming out of the half with the same intensity.

“Sometimes you get one goal and you relax, but I was pleased on how we came out in the second half,” Sanchez said. “Especially with the wind against us. I still think we can play a little better when we win the ball, but we created a lot of chances against a very good team.”

The second half started just like the first, with both teams vying for dominance early. The Buffs had two chances at goal when freshman forward Tessa Barton and her sister, senior forward Tatum Barton, had their shots fly above the bar. After her first effort missed the mark, Tessa would find the goal in the 74th minute, chipping the ball over an out-of-position Wilson.

“The second half is when it really matters,” Tessa said. “I think putting (the goal) in gave us confidence and got us a step closer to the game being over.”

When the final whistle sounded, the Buffs finished with a whopping 15 shots on goal while holding Denver to just one shot in the second half. Tompkins looked brilliant in goal tonight, recording her second clean sheet in a row and her seventh for the year.

The Buffs look to take their momentum into PAC-12 play this upcoming Friday when they travel to Tuscon to take on Arizona. Kickoff is set for 8 p.m. MST.