Hundreds gather at CU as part of Global Climate Strike 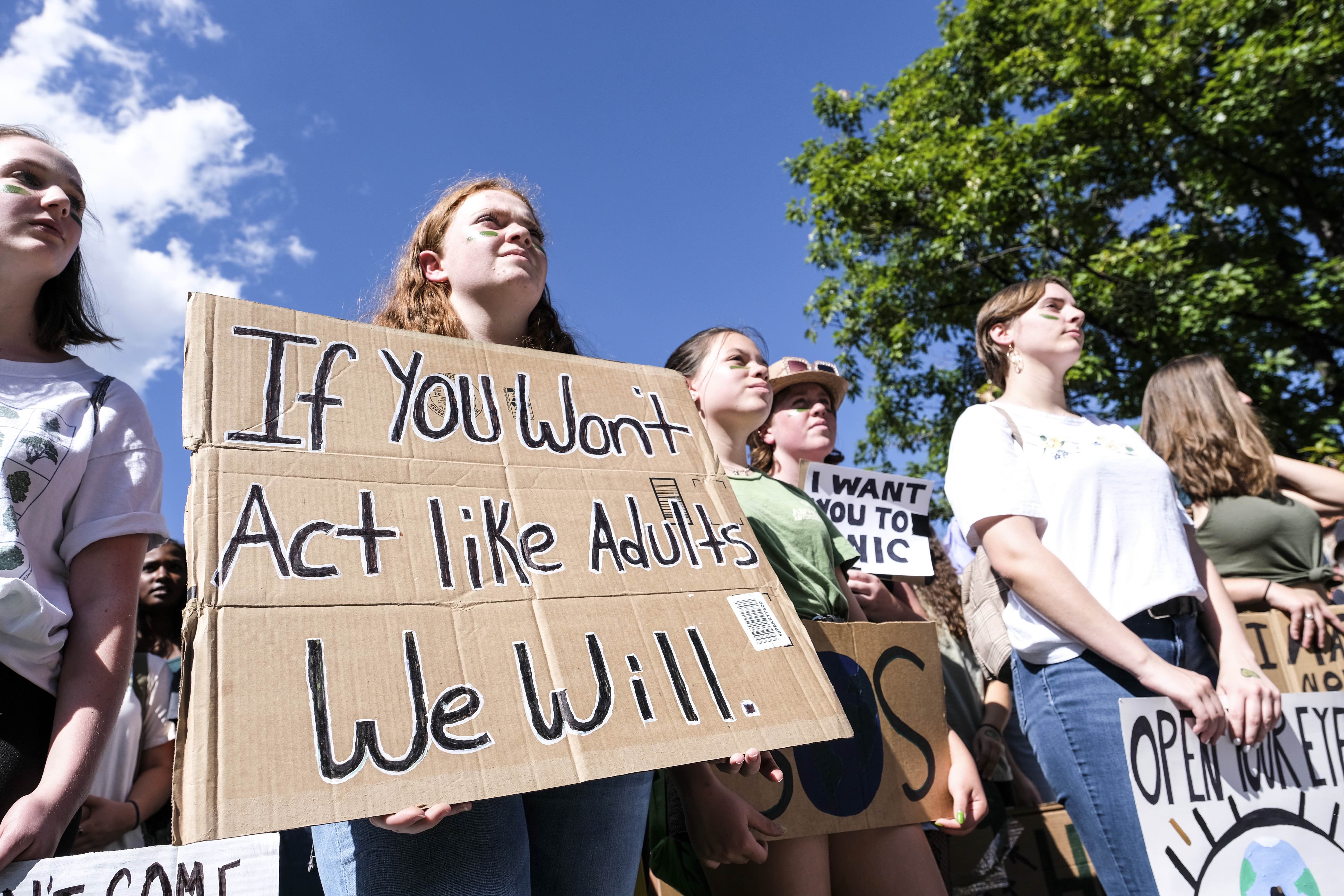 Nearly 500 people gathered at Norlin Quadrangle on the University of Colorado Boulder campus Friday to join in on the Global Climate Strike. Sparked by teenage climate activist Greta Thunberg, millions of people across the world protested what they see as a lack of climate action on the part of governments.

Paul Rastrelli, a key event organizer, addressed the youth in the crowd.

“This is your future, so fight for it,” Rastrelli said.

“The impacts of climate change are many and far-reaching,” added Matthew Bedeaux, another event organizer.

Bedeaux cited the rise in sea-level and subsequent threats to coastal ecosystems, species extinction and loss of biodiversity, as well as more frequent and extreme weather events such as tropical storms, drought and wildfires. All of this, he said, are the ramifications of climate change. 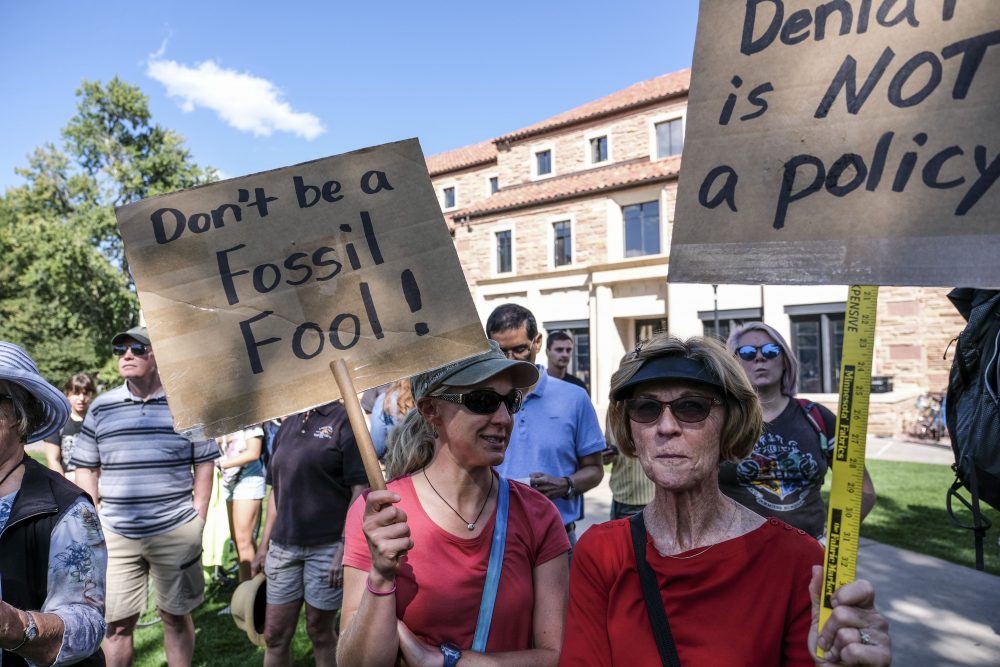 CU students drew attention specifically to the university system and urged the chancellors of the four CU campuses declare a climate emergency. In addition to this, students demanded that CU take the following actions:

“The people that are most vulnerable are feeling it first and worst,” Regent Smith said.

Those in the crowd came for varying reasons, but all converged in the fight to save what they see as a future in peril.

“I’m here because climate change needs to stop,” said CU junior Sam Berman. “I like to participate in outdoor activities and I’m scared future generations won’t be able to (participate), or I won’t be able to, in the coming years.” 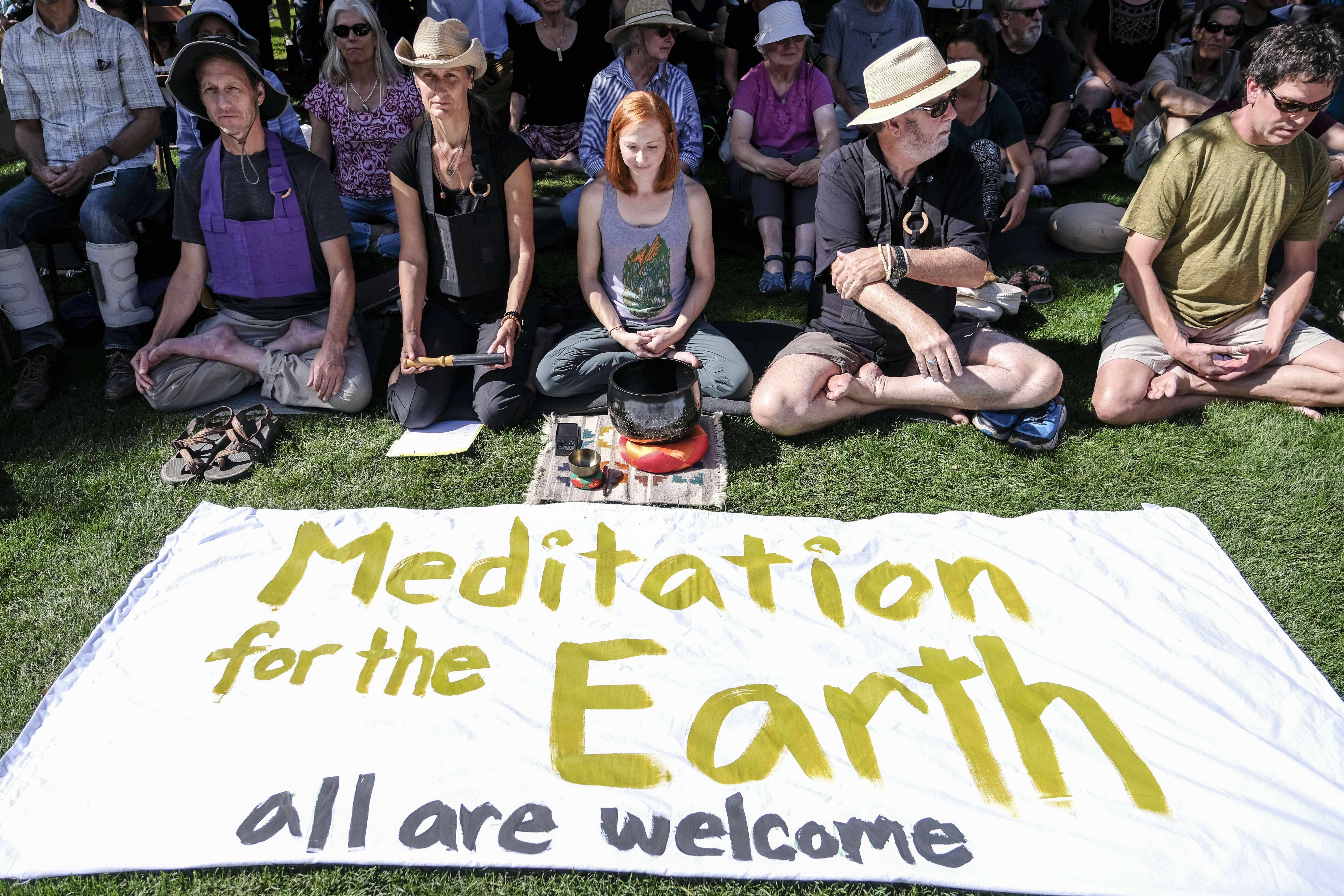 People gathered to meditate for the earth among the crowds on Norlin Friday. (Ryan Corbett/ CU Independent)

For some, being a part of the strike was about bringing awareness.

“Even if this won’t change legislation it’s good to stand up for what you believe in,” said sophomore Maeve Kelly.

Many Boulder community members came to voice the concern they have for their own children and how they may be impacted by climate change. Channah Horst, 68, said those in Boulder are privileged to live in a place that’s more environmentally aware than others.

“I’ve been a recycler for years and am doing what I can,” Horst said. “I want things to change. I have children and I couldn’t not show up.” 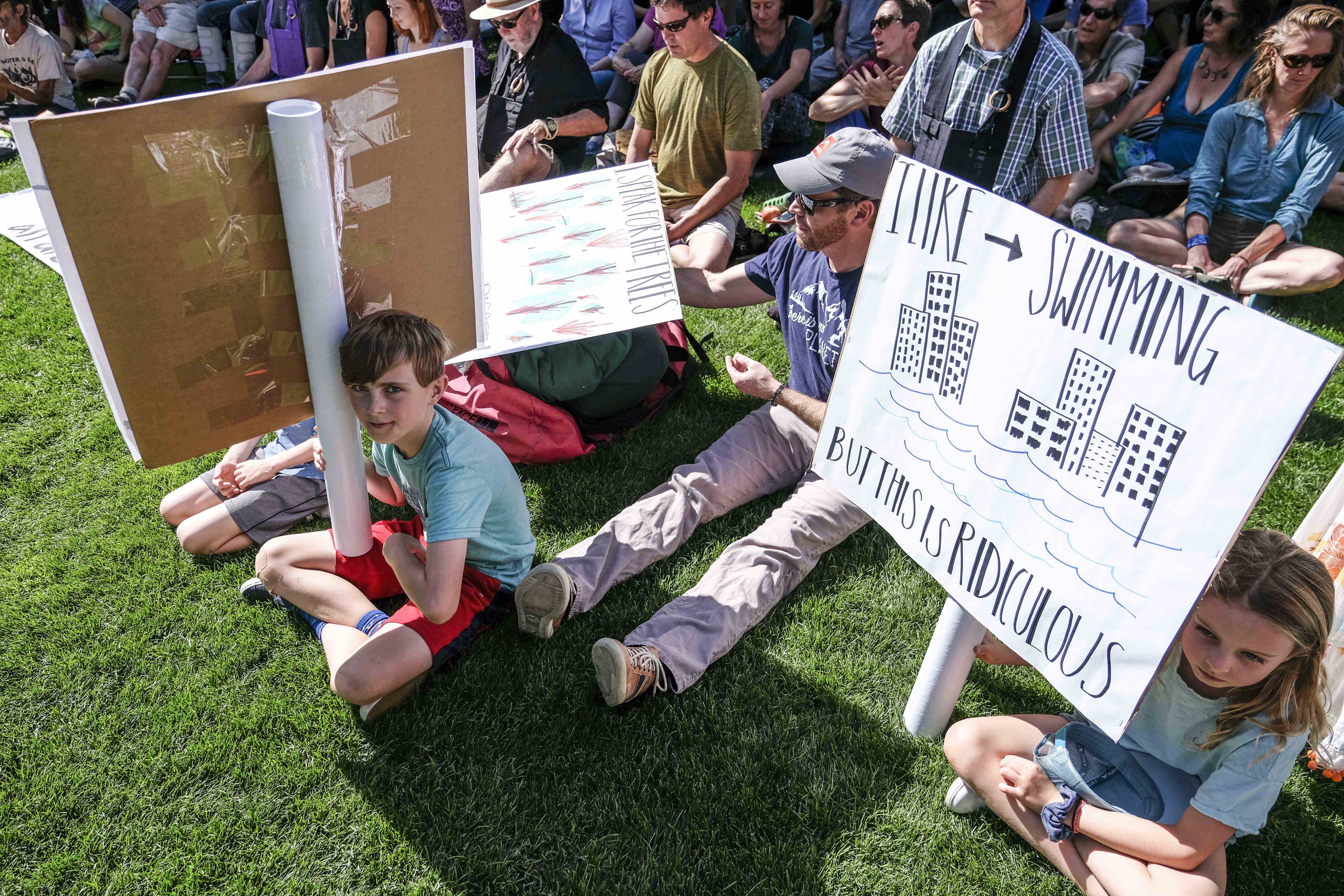 Among the crowd, a number of children were present to strike for climate justice for their generation. (Ryan Corbett/ CU Independent)

Venitha Manter, 51, a mother, said she was present “because I have kids and I’m worried about the planet I’m leaving for them.”

For young children at the rally, they wanted to do more than be just in classroom.

“I’m here because this seemed like an awesome thing to do,” said 12-year-old Zoe. “We need to help the planet.”