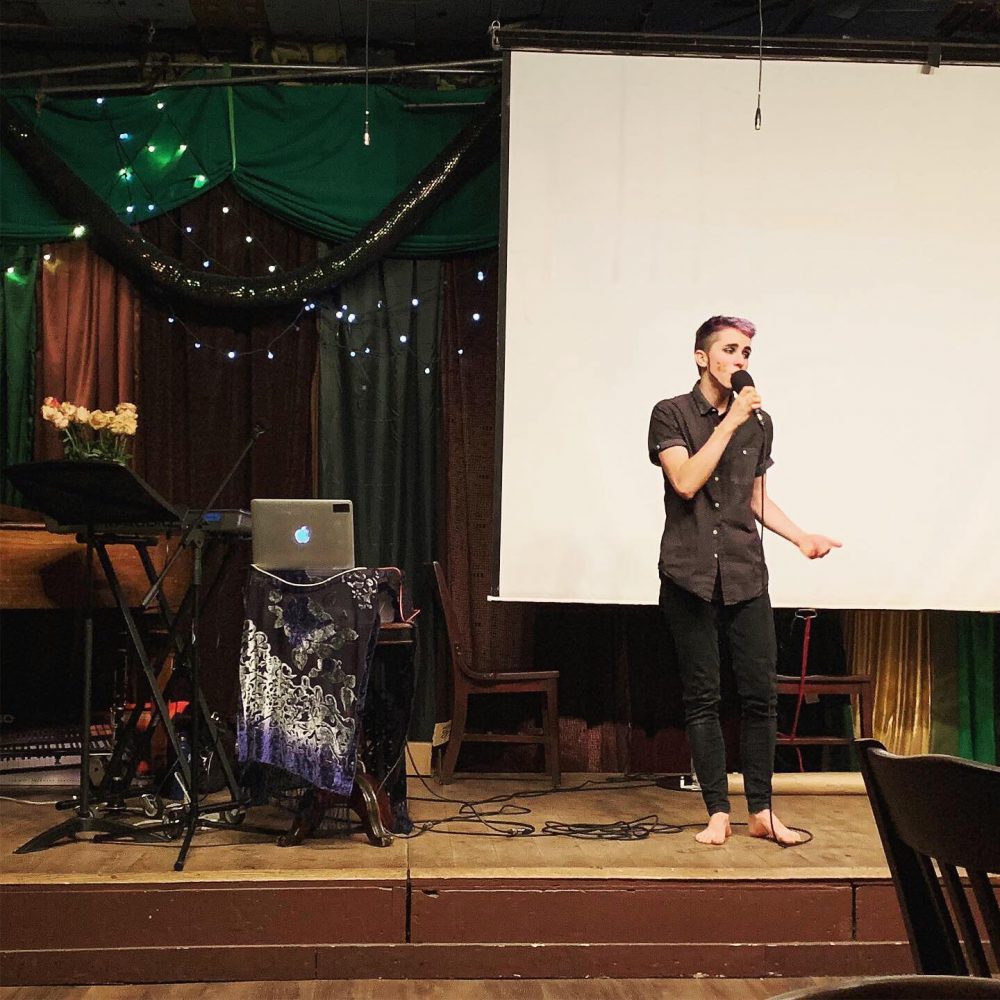 At the Wesley Foundation and Chapel Sunday night, composer and artist Silen Wellington’s performance art piece “Body Like Scripture” combined music, spoken word and dance to give an intimate look into issues of sexual assault, suicidality and gender dysphoria.

Wellington describes themselves as “avidly interdisciplinary,” which was exemplified in the use of multiple artistic mediums. They sang, played three instruments (keyboard, the clarinet and a grand piano), performed spoken word poetry and danced, all with great talent.

The atmosphere of the show was jarring, visceral and often overstimulating, with many clashing sounds played simultaneously, drowning each other out. Wellington layered echoes of their voice over one another, whistling, distorting their voice and humming melodies.

Segments during which Wellington spoke and sang proved difficult to hear due to the cacophony of other noises. However, this effect enhanced an overarching air of uneasiness that often came with the topics at hand, such as gender dysphoria.

The spoken word piece entitled “we taste queerness on the twilight” is a “poem … about rape,” Wellington proclaimed. The piece directly confronted suicide attempts and sexual assault, positioning the poem itself as falling victim to them. The abrasiveness with which these topics were approached set a tone of fearlessness for the entirety of the show. Wellington did not shy away from confrontation, even with their trauma.

Images projected on the wall behind Wellington added to the unsettled atmosphere of the show, playing shaky pictures of Wellington dancing with red and blue hues. The images also depicted nature and Wellington applying makeup.

Wellington presents not only their voice but also their body as an integral representation of their trans identity, saying several times, “My body is the art.” Between segments of spoken word and musical performance, Wellington performed jagged dance routines – “unhinged-unfettered-unapologetic dance,” as they described in the show’s printed program.

The ending piece, entitled “when my body becomes the art,” discussed gender dysphoria, showing Wellington at their most vulnerable. The audio playing over the piece presented snippets of Wellington’s voice on progressing days of testosterone, with noticeable differences in pitch. The piece and the show ended with Wellington self-injecting testosterone – an undeniably intimate act to show.

“Where is my voice?” The voices asked. “With me all along, but can you hear me yet?”