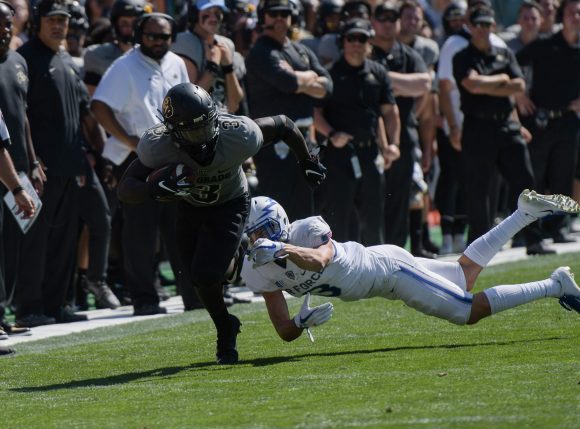 For the first time since 1968, the Air Force Falcons flew into Boulder and defeated the University of Colorado Buffs in overtime, 30-23.

“We have to give Air Force a lot of credit,” CU head coach Mel Tucker said after the game. “Those guys have some good players, (they) play extremely hard, are well-coached and made more plays than we made.”

The Buffaloes and junior wide receiver Laviska Shenault Jr., in particular, got off to a quick start, marching 75 yards on the opening drive and scoring a touchdown. Shenault Jr. had three catches on the drive, including a 42-yard catch and run score to give CU an early 7-0 lead.

Momentum stayed with Colorado on their first series on defense. Junior safety Aaron Maddox stripped the ball from Falcons senior fullback Taven Birdow and the Buffs recovered the ball. CU couldn’t take advantage of the turnover however and had to settle for a 36-yard field goal to extend their lead to 10.

While the Buffs had a strong start, as the first quarter progressed, the script began to change. On their second drive, Air Force junior quarterback Donald Hammond III completed a 32-yard touchdown pass to senior receiver Geraud Sanders who got behind Colorado’s secondary in the end zone. The Falcons missed the extra point which made the score 10-6 with 4:03 left in the first quarter.

The Buffs’ next possession on offense stalled in their own territory due to a false start and a bad snap that flew over the head of senior quarterback Steven Montez. CU had to punt the ball away to AFA who now had all the momentum.

The Falcons offense continued to roll on the next possession as they capped off a six-minute, 78-yard drive with a rushing touchdown by Hammond to give them a 13-10 advantage and their first lead of the game.

After forcing CU to punt the following series, Air Force struck again when Hammond connected with senior wide receiver Benjamin Waters, who sprinted 82 yards into the end zone without being touched. The pass was the fifth-longest touchdown in AFA history.

After leading 10-0, the Buffs found themselves down 20-10. To make matters worse, their next drive was cut short when Montez misfired a pass down the middle of the field and was intercepted.

AFA started the ensuing drive with great field position at the 44-yard line. The Falcons continued to gash CU’s defense as they easily moved the ball to the goal line with less than a minute remaining in the first half. A touchdown would have likely sealed the game for Air Force, but Colorado got a lucky break when Hammond’s pass bounced off his receivers’ hands and was picked off by CU graduate safety Mikial Onu, his third interception of the season.

“It’s less me and more, you know, coaches put me in good positions,” Onu said about the turnovers he’s caused this year. “You try to help your team head in the right direction, but it means nothing if you lose.”

Instead of being down 17 points at halftime for the second straight game, Onu’s interception kept the AFA’s lead to 10 and gave the Buffs a chance to make a comeback in the second half.

While Colorado’s offense continued to struggle in the third quarter, the defense stepped up their play and kept the Falcons from scoring. The biggest play of the quarter happened at the 10:58 mark when Onu forced a fumble midfield. CU couldn’t turn the recovered fumble into points, but the stop kept them in the game.

The lone negative for the Buffs’ defense happened in the last minute of the third quarter when Maddox had to be carted off the field after awkwardly sliding into Air Force’s sideline.

“Just prayers to him,” Montez said. “He’s a big piece. Hopefully, his injury is not too bad and he’ll be back soon.”

Despite losing a big contributor, the Buffaloes’ defense managed to hold Air Force to a 47-yard field goal with 10:23 left in the fourth quarter. 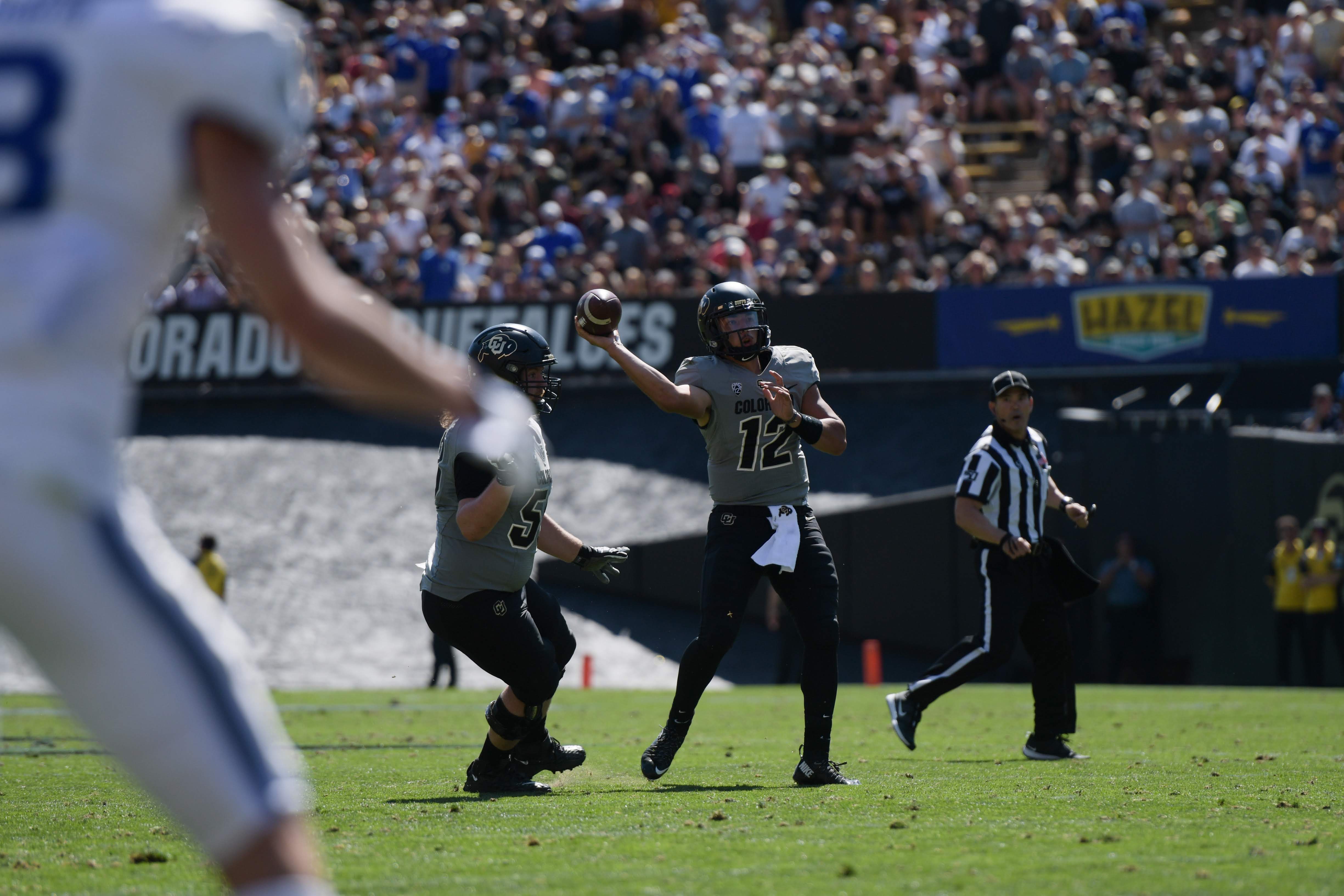 Down 23-10, Colorado’s offense finally woke up. They quickly moved 75 yards downfield and scored their first points of the half when Montez connected with freshman wide receiver Dimitri Stanley for a 13-yard touchdown. Following the drive, the Buffs’ extra point was blocked, making the score 23-16.

After forcing Air Force to punt, CU methodically drove 60 yards with 13 plays and tied the game up with a two-yard run by Shenault Jr. at the goal line with 28 seconds remaining to send the game to overtime.

The Buffs elected to start on defense this time after having to play offense in their previous game versus Nebraska. Air Force took full advantage of having the ball first by scoring on their first play with a 25-yard run by junior tailback Kadin Remsberg.

Colorado’s possession didn’t go as smoothly. After losing two yards in three plays, the Buffaloes found themselves in a difficult 4th and 12 situation at the 16-yard line. Montez wasn’t able to complete a pass to Shenault Jr. on the final play of the game, giving Air Force the win.

“Execution for us is what is lacking on a consistent basis,” Tucker said. “When we execute, we can move the ball score and finish drives. When we don’t, we are not very effective. Same thing defensively.”

The Buffs will try to rebound at Arizona State next Saturday at 8 p.m. MST. 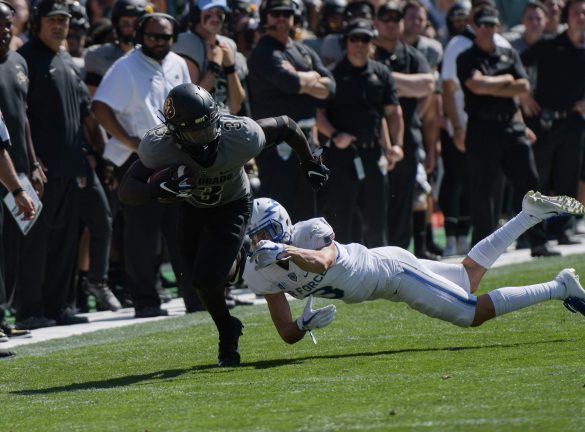 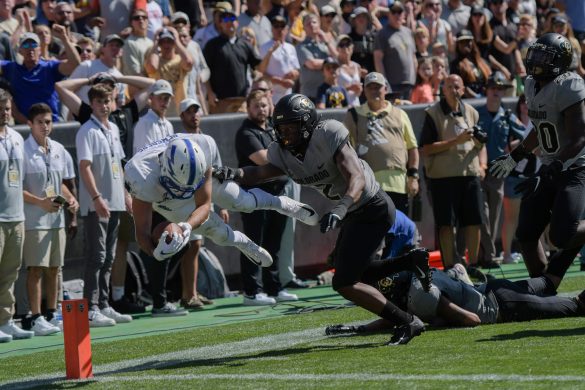 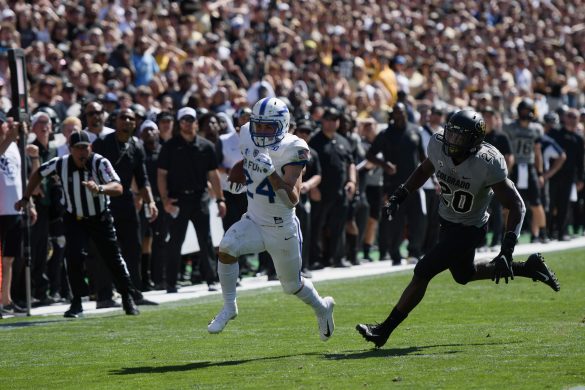 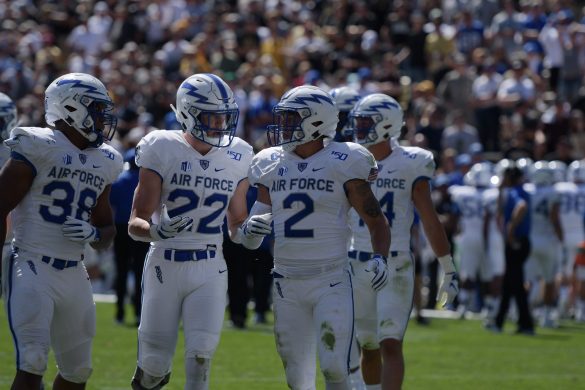 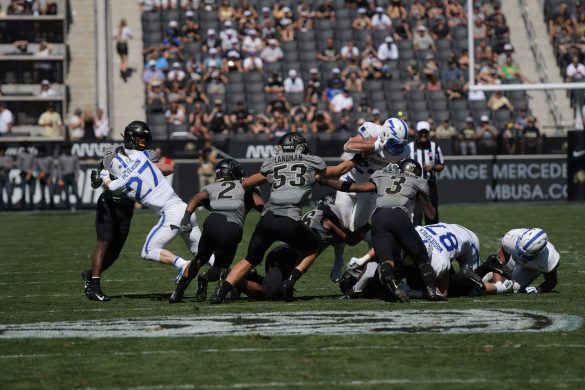 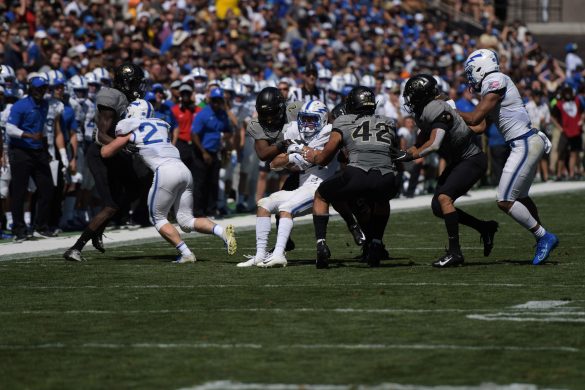