Colorado volleyball headed into the season with new players and experiences 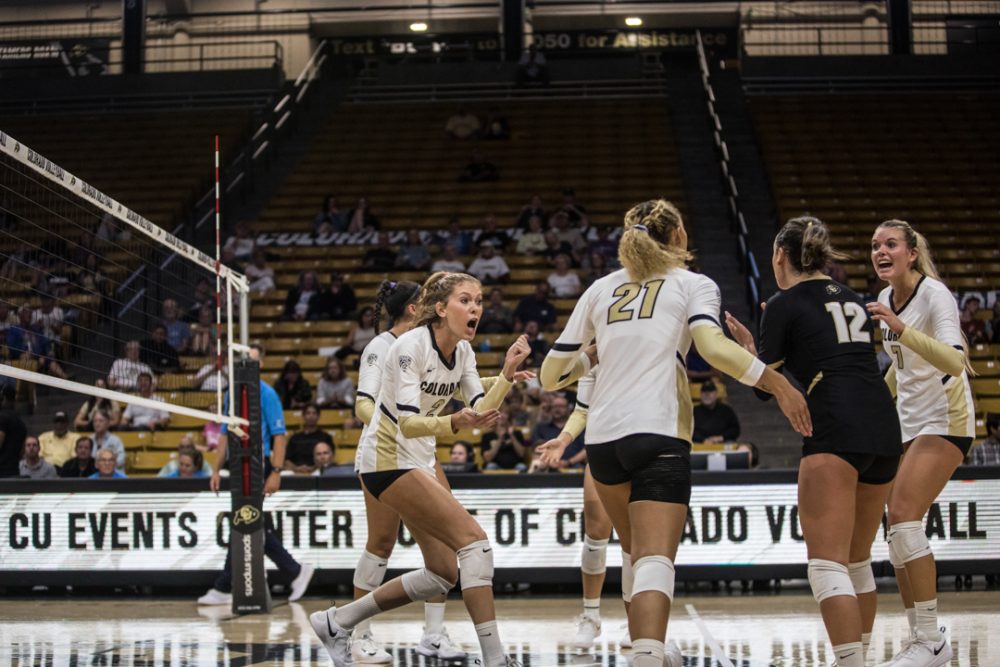 The University of Colorado volleyball team has a lot of new faces. Despite coming off two straight appearances in the NCAA Tournament, the Buffs are facing some uncertainty as they head into the 2019 season. After saying goodbye to seniors Alexa Smith, Naghede Abu and Gabby Carta-Samuels, Colorado is turning to a new chapter as they hand the controls off to nine new players.

“We are just so excited about what they bring in terms of talent, who they are as people and I think that they will be able to integrate extremely well with our culture,” said assistant head coach Lee Maes. “The biggest thing for them is to continue displaying the level of talent, effort, attitude and enthusiasm so that we are able to function well and compete well as a unit. There is going to be a big learning curve for them but at the same time we have some really good returners that will be able to help them through this process.”

Returning to the team is sophomore setter Jenna Ewert, who is coming off a terrific performance in 2018 that earned her a spot on the Pac-12 All-Freshman team. Following the examples of last year’s senior class, Ewert feels confident stepping into a leadership role in her second season. And after the team’s recent 10 day trip to Beijing, China, Ewert has already gained important experience.

“We had Alexis and Naghede last year; coming in as a freshman not just offensively were they important, but they helped bring the team together and helped the freshmen feel a lot more like they belong,” Ewert said. “They helped me a lot, so that helped me help the freshmen a lot more in China. Coming into year two I am a lot more comfortable. I know the girls, I am closer, I have played a year of collegiate volleyball, I have experienced the big gym and lights.”

“We spent 10 days, had the opportunity to be immersed in an incredible culture and play great competition,” Coach Maes said. “It was also a wonderful opportunity for a lot of our incoming players to be acclimated to what we do from a systems standpoint, culture standpoint and also to help build relationships this summer. It was a great way for us to prepare for this upcoming season.”

For Ewert, the experience was pivotal for team-building.

“Going to China and going through different countries and cultures we had to figure out things together and experienced something amazing together,” Ewert said. “So I think that helped us bond and that helped us bring us together on the court. We had a couple of games over there and just in those three games you could see us get a little better each time.”

It’s a positive sign that they’re anxious to take on new challenges. With the progression the team has already made and the growth they will make throughout the year, there’s plenty of reasons to feel optimistic for 2019.

You can catch the Buffaloes at the CU Events Center on Friday, Aug. 30 for their opening match against Wyoming at 6 p.m. MST. Information can be found here.