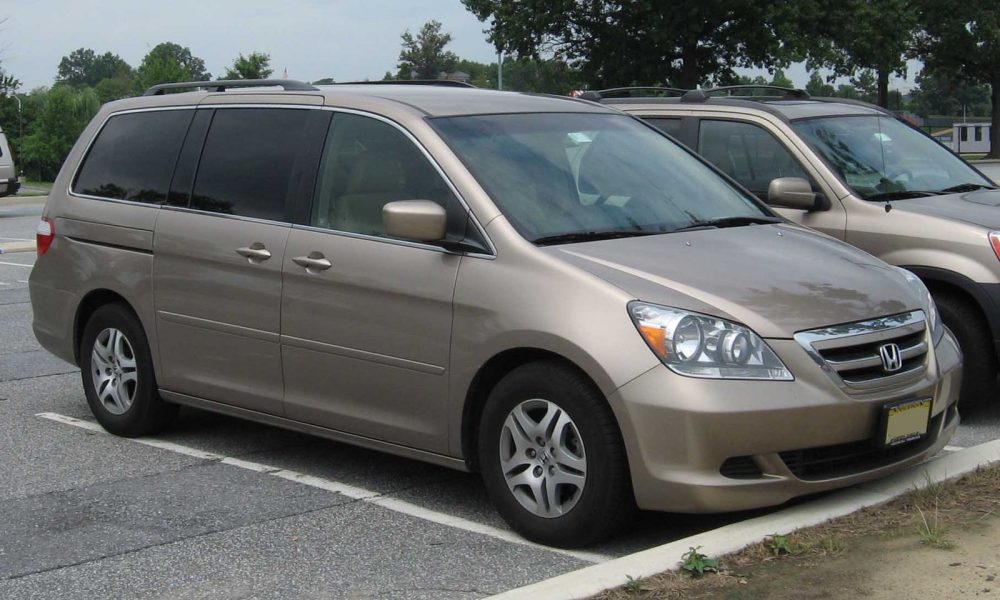 As I sit in CU student Julianna Finelli’s home, I’m surprised by how comfortable it is. The seat is a cover of felt, her white curtains blow delicately for a nice warm spring day and all of her clothes are neatley organized and stowed away better than my own bedroom. Oh, and did I mention this is all in the confines of a minivan?

“When the bed’s in we call her Flo … when it’s not it’s Giuseppe,” Finelli said as she proudly demonstrates the insides of her 2007 Honda minivan which she lived in last semester from August to December. Now a senior studying  environmental science, Finelli found herself in this situation when she returned to Boulder from study abroad, unsure about returning to school and hesitant to sign a year-long lease in Boulder’s expensive housing market.

“I didn’t have a lot of money because I had been abroad,” Finelli said. “I decided to live in my car, and I converted it super cheap and super easy.”

Her luxury bed was made from three stacked shelves from her parents’ storage unit, two pieces of plywood that she got cut at home depot and a mattress topper plus sheets and pillows. Underneath her state-of-the-art plywood bed were milk crates that she took from Cosmos Pizza, where she used to work. This allowed her to organize all of her clothes and shoes, and keep her warm in the winter by providing insulation from underneath.

“The car itself is good insulation, but when you get in it’s really cold and your body heat eventually warms it up,” Finelli said. “It’s just really hard to motivate yourself to get into a freezing cold car to go to bed.”

Finelli eventually resorted to couch surfing her friend’s house and at her boyfriend’s house as the weather got colder. She would often park her mobile home by her friend’s houses, by Boulder Creek and often would go camping in the warmer months. Her “kitchen” at the end of her bed is where she kept all of her camping utensils, gear and mini-stove which she used to heat up food.

Finelli also participated in a work-trade program at local farms which would trade her labor for farm share food. She also found ways to get around the hygiene issue of not having a shower at home. In addition to living a relatively “low-maintenance” lifestyle, save for having deodorant, she worked part-time at CorePower Yoga which had gym showers that she used when she went in for her shifts.

“They have super nice showers there with like q-tips and hair ties, and they have shampoo and conditioner,” Finelli said.

Camper van living is not something new for Colorado residents. According to a report by Outbound Living, Colorado is one of the most popular states to live in for camper van life in 2018. Other states include California, Florida and Washington. Only a little over half of those people live in their van full time, and many of the people who do are seasonal employees.

According to CU Financial Advisor Ben Wurzel, it’s not out of the question that students might take up this lifestyle. Wurzel said that the biggest “line-item” for students who meet with him to discuss their budget is rent. Much of this is due to Boulder’s high rental prices, which have been on the rise in recent years.

“You’ll see a lot of stories in the news of students who live in a car live in a van to reduce their cost of attending college and maybe take out less loans,” Wurzel said. “Consequently, some people are forced into it, which is a really sad situation.”

While life is a bit easier for Finelli now that she lives in a house paid for by her parents, she sympathizes with the experience many students have with food and home insecurities.

“Food was kind of hard … I definitely ended up eating at McDonald’s more than I ever had just for breakfast because it’s cheap and easy, so I definitely noticed a big difference in the way I eat,” Finelli said. “That experience helped me be really resourceful.”