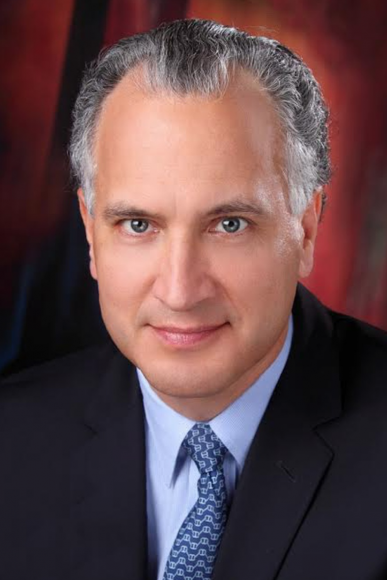 Mark Kennedy. Photo courtesy of the University of North Dakota.

With Mark Kennedy named as the sole finalist for University of Colorado president, faculty and staff from CU, along with previous universities Mark Kennedy has worked at, weighed in on his nomination. Opinions ranged from skepticism and dislike to praise.

Last week, the CU Boulder Faculty Senate passed a resolution expressing “grave concern about the quality and qualifications of the finalist.” CU student government and many other student and faculty organizations at CU also passed resolutions expressing concern.

The CU Faculty Council LGBTQ+ Committee published an open letter asking the board to reconsider their support for Kennedy.

“We appreciate that [Kennedy] publicly stated he has since changed a number of his positions related to LGBTQ+ rights,” it read. “However, we can’t ignore the fact that LGBTQ+ people continue to face discrimination and harassment on a daily basis in large part because of actions like those taken by Mr. Kennedy.”

Ben Shapiro, a professor of computer science at CU, voiced concern about how the search process was handled.

“I think it’s appropriate for [the Regents] not to take political affiliations into account,” Shapiro said. “But I do think they should be informed about policy preferences and histories that relate to core challenges and needs of the university.”

Shapiro is displeased about the lack of transparency and said that the community deserves to know who the actual finalists were.

“What we have seen may comply with the letter of the law, but not the spirit of it,” Shapiro said.

“Watching regents second-guess themselves or walk back on their so-called unanimous vote has been distressing because the university paid a lot of money for a search firm that was supposed to be very comprehensive,” Chuang said. “It just makes me wonder where all the time and the money and input into this process went that resulted in this?”

She gains hope from students and community members who are doing their own research into Kennedy’s background.

“I wish the regents and the search firm had done the same,” she said.

While Pasnau said he hasn’t fully made up his mind about Kennedy, he was disappointed to see people appear to reject Kennedy simply on the basis of his political record.

He also believes concerns about the process are misplaced and said that it is just the reality of searches like this that they have to end up with one finalist in order to protect the other candidates’ anonymity.

“If you don’t follow a process like that you’re not going to be able to attract the best candidates,” Pasnau said.

However, he expressed concern about the “highly partisan” nature of the Board of Regents and said that he didn’t think that electing regents along political lines was good for the university.

“I hope that the state government will look seriously at the way the state of Colorado appoints regents and will reconsider whether doing it in such a partisan way is really appropriate,” Pasnau said.

Ross LaDue, a former employee of the University of North Dakota’s athletic media relations department, reached out to the CU Independent to express dislike toward Kennedy. He said that Kennedy was not popular among staff and believes that he handled the controversial act of cutting off the women’s hockey team poorly, displeasing students and not being transparent about his actions.

LaDue said Kennedy would be a poor choice for CU and that he felt obliged to share his experience so that others would be aware of his record.

Another former employee of Kennedy, however, spoke very highly of him. Roberto Izurieta, director of Latin American Projects for the Graduate School of Political Management at George Washington University, said that Kennedy was an excellent leader who was “focused on lifting up those of all backgrounds and beliefs.”

In an open letter to Kennedy that he shared with the CU Independent, Izurieta said that “from the moment we met, I have observed that your life is testimony to having no room for discrimination or prejudice.”

Izurieta, an immigrant from Ecuador and a gay man, said that Kennedy and his wife were friendly with him and his husband. He especially appreciated Kennedy’s support of his work in Latin America.

The Grand Forks Herald obtained faculty comments from when Kennedy was a candidate to become the next president of the University of Central Florida in 2018. Many comments express praise toward his experience in business and politics. Others raised concerns over whether he would run the university like a business and had doubts about his lack of a Ph.D. Several took issue with the fact that his previous university, UND, had only around 15,000 students.

“[The] learning curve for this position would be very steep,” one comment read.

Similar to CU, faculty also raised concerns about his Congressional record and questioned whether he was truly committed to diversity and inclusion.

The Board of Regents released a statement Monday morning defending the search process for Kennedy, which has been criticized for a lack of transparency and insufficient vetting.

“The due diligence was always intended to continue after the vote to name [Kennedy] a finalist, and it has,” wrote Patrick O’Rourke, a spokesperson for the board.

Kennedy had his first open forum Monday afternoon in Denver where he answered questions from the public and the Faculty Council about DACA, his record on LGBTQ issues and his views on academic freedom.

According to Daily Camera reporter Madeleine St. Amour, Regent Linda Shoemaker (D-Boulder) was “disappointed” with the forum and Kennedy’s preparedness.

Kennedy will visit CU Boulder last of the four campuses on Friday morning. A student group has planned a protest during his visit and the university is encouraging students to submit questions for the forum.