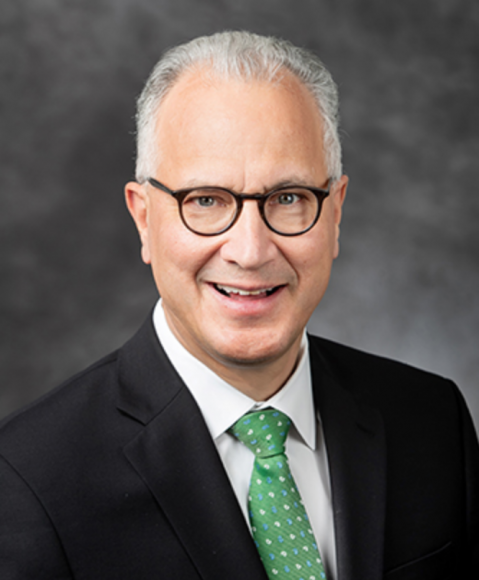 Update 4/13/19: this article has been updated to include information about a statement from the Board of Regents.

In an open letter to the University of Colorado community, CU presidential finalist Mark Kennedy attempted to assuage concerns about his anti-LGBT voting record, saying that as CU president he is committed to being “a leader for all.”

The Board of Regents announced Wednesday that Kennedy was selected as the sole finalist to replace Bruce Benson as president of the CU system. Kennedy is currently the president of the University of North Dakota. In 2001 to 2007, Kennedy represented Minnesota as a Republican in the House of Representatives. After the announcement was made public, members of the CU community raised concerns about Kennedy’s conservative voting record, specifically his anti-LGBT votes.

In 2004 and 2006 Kennedy voted for and cosponsored bills to constitutionally define marriage as between a man and a woman. In his open letter, Kennedy said his position on same-sex marriage has “evolved” in the decade-plus since he served in Congress, and that he would not vote the same way today.

“My record in supporting the LGBTQ+ community reflects a deep respect for the dignity of each individual,” Kennedy wrote. “Students, faculty, staff and members of our community will have my full support and respect no matter who they love or how they identify.”

Kennedy also wrote that he is passionate about advancing diversity and inclusion at CU, and that he supports academic freedom and would not interfere with research activities on any campus.

The letter references his record at UND, where he issued an anti-discrimination policy that covered sexual orientation and gender identity. He made no mention of his time as director of the Graduate School of Political Management at George Washington University, where he was criticized multiple times for allegedly discriminating against gay employees.

David Marshall, an ex-employee in the Graduate School of Political Management, claimed in 2013 that Kennedy had retaliated against him for filing complaints against Kennedy for creating a hostile work environment.

According to reporting done by The GW Hatchet, Marshall said that he and four other employees filed multiple HR complaints against Kennedy for discriminating against gay employees. Marshall also said that he feared retaliation from Kennedy. Marshall was fired in May 2013 for allegedly mishandling the school’s financial reports. The university rejected Marshall’s claims.

A gay faculty member at UND, who requested to remain anonymous because North Dakota does not have protection for employee discrimination based on sexual orientation, contacted the CUI to comment that Kennedy recently supported the appointment of a dean at UND that opposes discrimination protections for LGBT people.

Michael McGinniss was named dean of UND’s law school in January, and the appointment was praised by Kennedy. McGinniss’ most recent academic publication opposes an American Bar Association rule that makes it professional misconduct to discriminate on the basis of sexual orientation or gender identity.

“It seems disingenuous to me that President Kennedy has really changed his views on LGBTQ+ rights but also fully supported the appointment of a Dean at the law school so fully committed to the reversal of ABA Rules to protect the LGBTQ+ community,” the faculty member wrote.

Community members continue to criticize the Board of Regents selection process, citing a lack of transparency. According to the Regents, the names of the other five candidates recommended by the search committee are not being released to the public. The Regents decision to name Kennedy as the sole finalist as well as Kennedy’s resignation at UND has left some questioning if his appointment was already a done deal, despite the fact that the Regents have just under two weeks before an official decision is made.

According to reporting by the Grand Forks Herald, in a letter Friday the chancellor of the North Dakota University System, Mark Hagerott, congratulated Kennedy on being named finalist and said he considered the news to be a “de facto notice” of Kennedy’s resignation at UND.

Concerns about Kennedy’s own transparency about his record have also been raised by a CU professor.

Brian Keegan, assistant professor in CU’s Information Science department, noted on twitter that much of the information that was previously on Kennedy’s personal website had been removed, including speeches and media coverage. His tweet linked to an Internet Archive page that displayed what the site used to contain.

Ken McConnellogue, spokesperson for the CU system, declined to comment on the removal, and said questions on the issue should be directed to Kennedy. When contacted by email, Kennedy replied that “speeches are available on UND website.” Speeches he gave at UND are available on the university’s office of the president web page, but it does not include the speeches and media appearances that were previously linked to on the “foreign policy” tab of Kennedy’s website.

The Denver Post editorial board published an op-ed Friday criticizing the Board of Regents’ handling of the search, saying that they were “flabbergasted by the public relations nightmare that became of the announcement” about Kennedy.

On Thursday, Regent Linda Shoemaker (D-Boulder) told the Post that Kennedy’s name was released to the public prematurely because of a Grand Forks Herald article Tuesday rumoring his new position, and that because of the rush they did not have time to complete vetting him.

The statement also says that the Board spoke to Kennedy “at length” in his interview about his support for same-sex marriage, and that they received strong references from people who worked with Kennedy in North Dakota, including Chancellor Hagerott.