Q&A: Prof. Polly McLean and the story of Lucile B. Buchanan 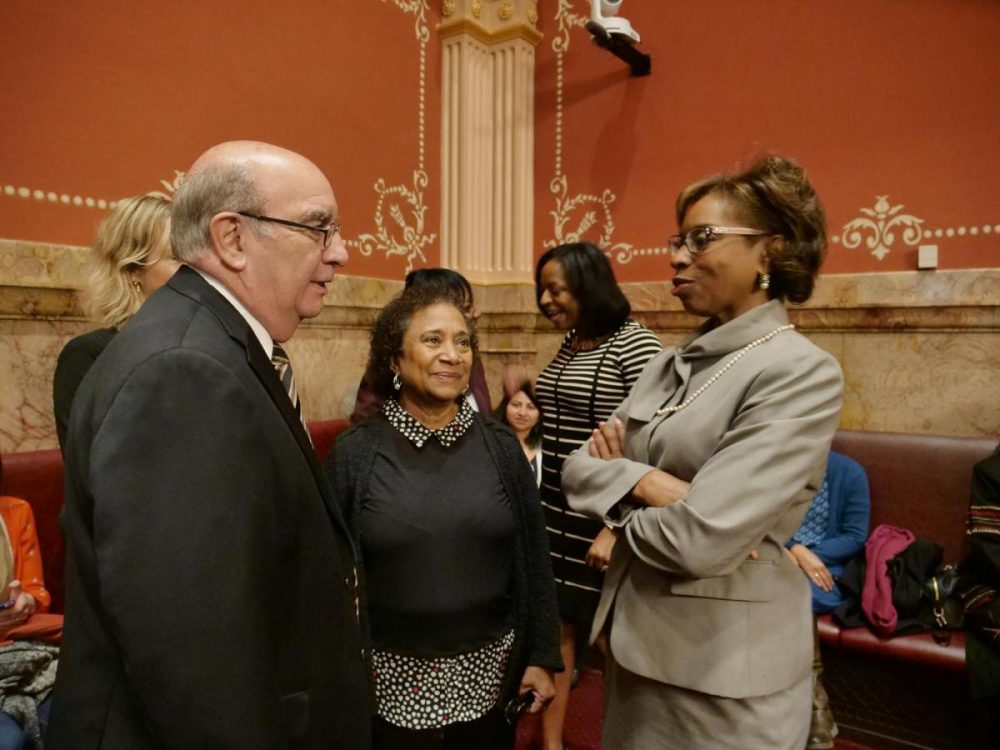 For over a decade, Polly McClean, associate professor of media studies at the University of Colorado Boulder, has dedicated herself to exhuming the untold story of the first African American woman to graduate from CU.

Lucile B. Buchanan, who graduated from CU in 1918, was prohibited from walking alongside her classmates at their graduation ceremony. When she died, her body lay beneath an unmarked grave until 1993. McClean, after reading about Buchanan’s unmarked grave, embarked on a mission to bring Buchanan’s life to light.

McClean recently published “Remembering Lucile: A Virginia Family’s Rise from Slavery and a Legacy Forged a Mile High,” a biography 10 years in the making that tells the story of Buchanan as well as relatives who knew her.

Q: Ten years is a long time to focus on a person and their story. Why did you feel so passionately about shedding light on Lucile’s life?

Q: Lucile was an avid journalist and dedicated much of her life to the field after graduating from CU. What were some of the striking things you found about her life and her career?

She goes to a high school in Missouri to teach, and while she’s there, she forms the first school newspaper. I have a copy of it! The black newspaper in town was very prominent; it was called The Call, and the editor used to live in Denver. So here’s Lucile, now in [Missouri], forms this newspaper at school called The Observer. The big newspaper charges 5 cents for a copy. What does Lucile do? She charges 5 cents for the newspaper she founds at the school. What does she also do? She takes out ads. What does a newspaper usually do? It takes out ads. So she’s competing, but one of the most significant pieces was that one of the students, who was a first-year student [reporter] in high school, Lucile Bluford, becomes one of the top journalists in Missouri. This was the first time Lucile [Buchanan] got to understand the importance of journalism and dedicated her entire life to becoming a journalist.

Q: I understand that it wasn’t easy finding trails to lead to Lucile. After she was taken out of her home at 103, a couple purchased the house and inherited all of Lucile’s contents left in the home. How did you get possession of some of it for your story?

The husband took the bulk of the stuff and went to Texas. I finally tracked him down…he was helpful at one point and gave some archival stuff that he had, but he told me the stuff he had was worth $11 thousand…and I’m like, ‘Ain’t no way I got $11,000 to give this man.’ So I have to wait until I break him down…I call every year and keep calling and keep calling until finally, he broke down on a five-minute videotape he had on [Lucile] at 103.

Q: It wasn’t just objects that led you closer to Lucile but family members too. You were in contact with her niece and grandnieces while writing your book. What was it like having these connections?

It was quite an amazing research experience. It took me a while to find her last living relative. I finally was able to track them down and ended up going to Las Vegas and that would be part of the beginning of this journey. The relatives would send me letters. When I had questions, they would respond back.

Q: You became close with Lucile’s relatives — so close that when they died the only phone number that was found in their house in Las Vegas was yours. What did that do for you, knowing that you were among one of the last people they talked to?

It was quite an experience that I will never forget and could never ever believe. I was sitting around thinking I had finished the book and then I got a call from the Las Vegas Police Department…I’m like, ‘oh my god what did I do in Las Vegas?’ They wanted to know if I was related to the family.

Q: And that’s when you told them about your book?

I’m like, ‘I’m not related, but I’m doing this work on this family’…I spoke to the police…the public administrator there who was elected and he said, ‘Look, this research sounds real important. We’ll give you four hours to go in the house with a police escort and see what archival stuff you can find.’ When I left, it left me with a very uncomfortable aura of ‘What do I say about death? How do I write this with such passion of such things I am observing?’

Q: That’s just one of the many questions you explore in your book about Lucile, her family and their journey. Now that your work has been published, what does it feel like?

I never thought it would get so much attention at all. But I think the fact that it’s a story about survival — it’s a story about black challenges and overcoming those challenges — [garners attention]. You really have to dig into Lucile’s life to see, ‘Oh, she did that, well, my goodness.’ We’re still focused on the people who we understand make history in a broad context and not within a community. It’s much more about a family and a community, and I think those are important stories to tell.