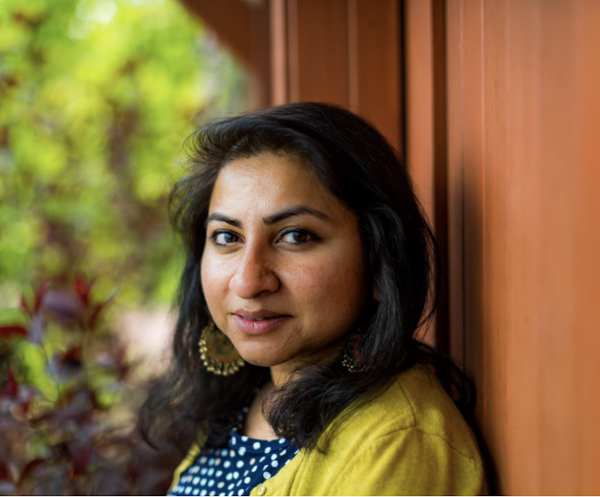 Postdoctoral Associate at the University of Colorado Boulder Ashmi Desai held a workshop in the Dairy Arts Center to discuss how to distinguish between cultural appropriation and appreciation on Wednesday.

The workshop, titled “Continuing the Conversation on Cultural Appropriation and Appreciation,” was presented by the Boulder County Arts Alliance and the Office for Outreach and Engagement.

The Cambridge dictionary defines cultural appropriation as “the act of taking or using things from a culture that is not your own, especially without showing that you understand or respect this culture”.  Cultural appreciation, on the other hand, is adopting parts of another culture while forging connections with that culture, offering support and being culturally informed.

Desai spoke about several examples of cultural appropriation during the workshop, including a specific yoga studio in Boulder. This studio, which she elected not to name, takes Sanskrit instructions out of their yoga sessions in order to be more “inclusive”, despite Sanskrit being central to Indian yoga. They also held a Beyoncé-inspired yoga session entitled “NamasBey,” where tickets earned participants a free cocktail, undermining the sacred nature of yoga.

Desai then moved to a more ambiguous example. She discovered Rasa, a company that provides an herbal alternative to coffee, after seeing an advertisement on Facebook from Alfalfa’s, which holds Rasa in its stores. Rasa is a Sanskrit word which translates to the way art makes one feel and involves a connection to the Hindu deity Krishna, among other meanings. Rasa’s CEO and founder, Lopa van der Mersch, is a white woman. Desai met with van der Mersch to discuss the name choice and noted the “openness” and “kindness” with which she spoke.

Van der Mersch was present at the workshop and explained her decision.

“My appreciation for Indian culture is deep and long-standing,” van der Mersch said. At the age of 23, she took initiation in an Indian lineage with a guru. She studied many aspects of Indian culture and identified as Hindu.

“It was the central focus of my life for years,” van der Mersch said.

Elicia Goodsoldier, who has been on cultural appropriation and appreciation-focused panels in Boulder and Denver, found van der Mersch’s motives questionable.

“When I heard you speak,” Goodsoldier said, addressing van der Mersch directly, “the thing that came to my mind right away was, ‘how can I continue to uphold white supremacy without feeling bad about myself?’”

During her speech, van der Mersch said that she was often told she had a better grasp of Indian culture than Indians themselves.

“Have you thought about why they don’t have that connection to their culture,” Goodsoldier responded. “What is that history? When we talk about colonization, what has happened to those families so that they don’t feel connected to their culture or to their language?”

Goodsoldier continued to say that issues of cultural appropriation cannot be discussed without talking about colonization, saying it is “the root of all of this.”

Dr. Krishna Pattisapu, director of diversity recruitment and retention for the School of Education at CU, sees those who engage in these types of conversations as “demonstrating the type of openness and willingness” that it takes to have the potential to transform society when it comes to dismantling oppression and white supremacy.

“I think the one thing that I know for certain is that there is nothing certain about cultural appropriation,” Pattisapu said. “I think the frustrating thing and the exciting thing about this conversation is that it will never truly be over.”