Opinion: What should we make of ‘that famous kiss photo?’ 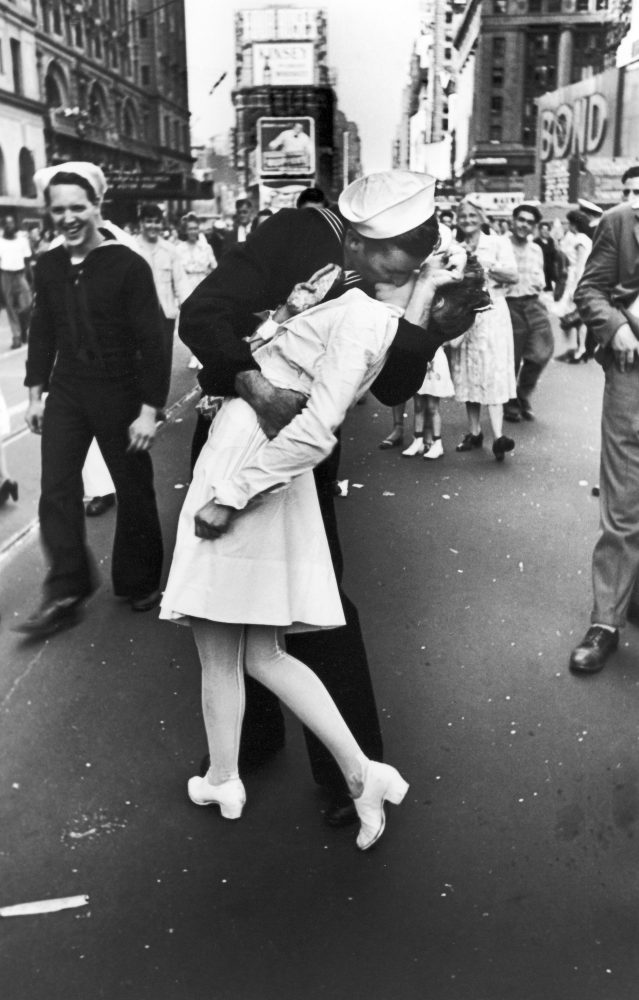 Picture the scene:  It’s the 14th of August, 1945, and America has just secured victory over Japan (V-J Day). It’s a momentous day for the United States, especially in terms of the attack on Pearl Harbor, which plunged the country into war. Not only in America but also across the world, allies are celebrating the defeat of Hitler and an end to the deadliest war man has ever known, claiming the lives of an estimated 60 million people, though sources differ and the numbers could be higher.

Soldiers are coming home, and people are filling the streets. On Times Square in New York City, one man grabs a woman in celebration, pulls her towards him and kisses her whilst another man takes a photo. History has been captured forever.

This photo, taken by Alfred Eisenstaedt, known as ‘V-J Day in Times Square’ and ‘The Kiss,’ became and still remains an enduring symbol of the celebratory spirit of both the day and of the end of WW2. Though, more recently it has been criticized as a darker display of normalized sexual assault. The most recent display of this discourse being last week when ‘#MeToo’ was spray painted onto a statue depicting the kiss after the death of the man in the photo, George Mendonsa, who passed away on Feb. 17 at the age of 95.

Now, both individuals in the photo are deceased (Greta Zimmer Friedman passed away in 2016, aged 92) and after the vandalism to the statue, it seems, perhaps, an appropriate time to discuss the photo and its lasting impact.

There are no doubt issues with this photo and the action portrayed within it. The idea that a man, or anyone for that matter, can grab a stranger in the street and kiss them without consent is problematic, to say the least, and certainly a form of sexual assault at worst.

If we analyze the photo, at first glance, it looks almost romantic. The bodies of the two seem to intertwine in a somewhat aesthetically pleasing manner, especially with the slight bend of Friedman’s leg and the stark contrast between the colors of their clothing.

However, on closer analysis, one could certainly note the forceful appearance of the photo, the tight embrace of Mendonsa’s arms around Friedman’s waist and her neck, seemingly trapping her.

On any normal day, this action would be morally and physically wrong, however, this was not any ordinary day. In no way am I trying to argue that sexual harassment or assault is wrong on most days but okay on others, but I do think that you cannot underestimate the sheer feeling of national celebration, joy and relief on this particular day during one of the most tumultuous periods in the history of the world, and what effect that would have on those involved in the celebrations.

I’m sure most of us have experienced a feeling of elation that makes us want to express it physically, and I think it could be argued that in some ways, this action was just that, a physical expression of incredible elation, joy and relief.

Prior to this kiss, Mendonsa had been watching a show at Radio City Music Hall when people burst through the doors shouting ‘the war is over!’, to which everyone spilled onto the street and began celebrating.

Friedman herself said of the kiss that “It wasn’t that much of a kiss, it was more of a jubilant act that he didn’t have to go back. The reason he grabbed someone dressed like a nurse was that he just felt very grateful to nurses who took care of the wounded.”

She also stated that “it was just somebody really celebrating. But it wasn’t a romantic event. It was just an event of ‘thank God the war is over’ kind of thing.”

Personally, I do not think it is the best symbol for the #MeToo movement, nor that Mendonsa should be publicly vilified for it. However, I do think that it is worth discussing through a modern lens and is an important example of how society’s standards, expectations and morals have evolved for the better.

Likewise, it is important to clarify that the photo is not romantic, as some may perceive it.

However, I do think that at its core, it is a photo that represents celebration and joy. I don’t think any of us, particularly students such as those of us here at CU, could ever begin to imagine or comprehend how it felt to live in a time of war of this scale: the most destructive in human history, one that claimed the lives of around 3 percent of the world’s population, that affected the entire country and the world on an extreme physical and emotional level.

I don’t believe any of us could understand how it would have felt back then, to hear those words: ‘we have won, the war is over.’ Therefore, can any of us ever truly understand the emotion behind this iconic photograph?

I dare say, if it were me, I may have wanted to kiss a stranger that day.