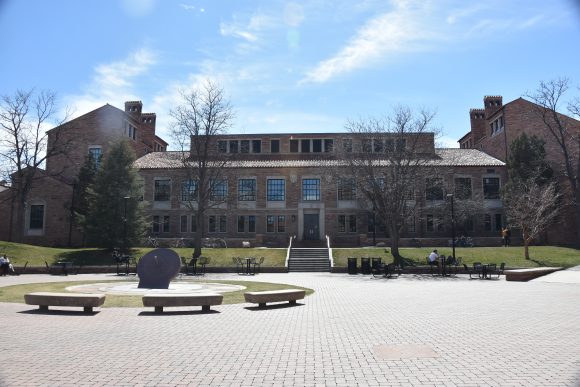 Little has happened since Dr. Amy Wilkins, associate sociology professor at the University of Colorado Boulder, was placed on paid administrative leave and banned from the campus after facing numerous allegations of sexual misconduct. Wilkins took leave on Oct. 1 with no formal announcement from CU regarding her alleged misconduct.

A Chronicle of Higher Education article detailed a short history of Wilkins’ behavior, including accusations of inappropriate text messages, sexual relationships with undergraduates and threats of retaliation. Some stories of Wilkins’ actions described her overstepping professional boundaries and discussing her sex life in detail during office hours. Others remembered Wilkins’ threats of retaliatory reputation-smearing within the department.

Jaime Sandberg, a CU senior and gender studies major, was a student in Wilkins’ “Social Construction of Sexuality” course. Sandberg described having mixed feelings about her time with Wilkins despite initially viewing her as having a “boisterous, badass personality.”

“She was very open and sex-positive in this refreshing way,” Sandberg said. “Her teaching style was to be open and share about herself and her experiences and stories about her sex life in a relevant way to spur discussion in this class.” 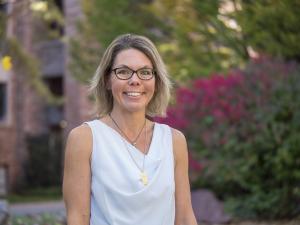 Wilkins was accused by several undergraduate and graduate students at CU in 15 separate formal complaints according to Dr. Colleen Hackett, a professor at Colorado State University Pueblo. Hackett, a former Ph.D student of Wilkins, stated that Wilkins demonstrated an intentional and concerted pattern of abuse of authority, according to a Medium article she wrote. Hackett claimed that not only were many faculty members aware of Wilkins’ sexual misconduct but they even laughed at her grooming tactics and sexual relationships with students.

The medium article also cites a 2016 climate survey conducted by sociology graduate students at CU. According to the report, 85 percent of fellow post-bacs reported fearing retaliation if they were to report sexual harassment against any faculty member in the department.  According to Hackett, Wilkins attempted to minimize the negative findings of this survey and required such surveys be conducted by faculty in the future.

CU’s sociology department faculty has been the subject of harassment claims before. In 2017, an anonymous woman attempted to report harassment she experienced at the sociology department to the Office of Institutional Equity and Compliance (OIEC). The Daily Camera reported that the woman felt the OIEC largely ignored her concerns.

Former Department Chair Hebert Covert told the CU Independent that the sociology department, as well as the university, are “committed to having a collegial and safe environment for all students, faculty and staff.”

Covert also claims that policies and procedures are in place to both “prevent inappropriate actions by any member of the university community and, if necessary, remediate allegations of misconduct.”

Currently, Wilkins is under investigation by CU. The CUI spoke with the OIEC about the nature of employee misconduct violations on campus.

Assistant Vice Chancellor and Deputy Title IX Coordinator Llen Pomeroy said that the average timeline for the OIEC formal investigation process for faculty and staff misconduct is about 90 days. It has been 137 days since Professor Wilkins was placed on administrative leave.

It is unclear is whether the decision to place Wilkins on administrative leave is an interim solution or a more permanent one in response to a pattern of behavior. Pomeroy gave several factors that influence the outcome of any given formal investigation. Among them are the outcomes of similar past cases, the nature of the violation itself, the presence of a pattern of behavior as well as any evidence of aggravating or mitigating circumstances brought by either the complaining or responding parties.

“It is ultimately the decision of the responding party’s supervisory roles or entities to make any sort of sanctioning decision,” Pomeroy said.

The OIEC only advises these supervisors, which could be a department chair or college dean, on possible outcomes of an investigation. Examples of other outcomes of employee misconduct cases include a formal letter of reprimand or termination of employment at CU.

Pomeroy also stated that the final findings of any formal investigation are available directly to the involved parties themselves, as well as for the use of the OIEC office. Any other party wishing to see the OIEC formal investigative findings must file a request through the chancellor’s office under the Colorado Open Records Act (CORA).

The OIEC can and does investigate and cooperate with all parties privy to a misconduct complaint at CU. For a student trying to find information regarding the case, it is more difficult.

First, a student or community member must identify specific instances or investigative findings. Following this, a formal request must be filed and mailed upon which the party may pay for photocopies and possibly a “research and retrieval fee”. It can take up to a week to receive requested records.

University spokesperson Deborah Mendez-Wilson confirmed to the CUI that Wilkins was on leave. Mendez-Wilson declined to comment further about the history of Wilkins’ abuse allegations or the current investigation. Wilkins’ name remains on the sociology department website.