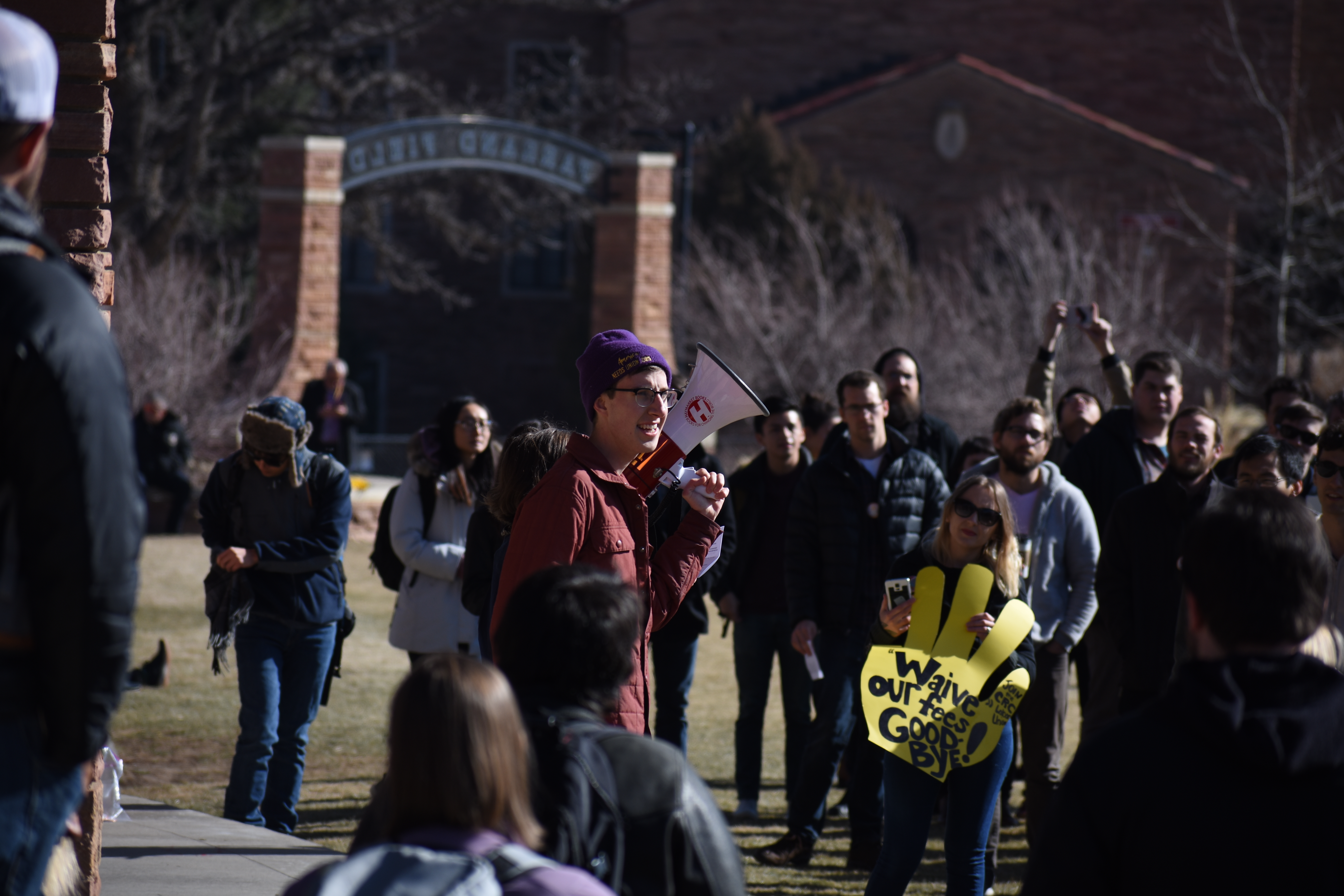 Lecture halls, labs and classrooms were left empty at 11 a.m. on Tuesday, Feb. 5 as graduate students walked off the job and protested in front of the Regents Administration building for a waiver of mandatory student fees they say are unjust.

The protest was led by the Committee on Rights and Compensation (CRC), CU’s graduate student union. CRC organizers chose to protest on Feb. 5 as it is the date that all student fees are due to administration. Event leaders, speaking through a megaphone, announced to the busy crowd that “graduate students provide the university with skilled labor, but our wages are sub-poverty level.”

Graduate students, faculty and undergraduates joined every speech with cheering, drumming and waving signs. Chance Brandt, a chemistry graduate student, says that he is underpaid for the 50 to 60 hours he works per week.

“I’m not going to take classes for the next three to four years, and to have this fee waived would return ten percent of my salary back to me,” Brandt said. “That’s about a month and a half of rent to me, several months of groceries.”

“I think it’s incredibly silly that we work very hard for the university, they benefit from our research and our teaching, and [through this fee,] we get taxed an incredible amount for being students,” Pettigrew said.

One of the organizers, Peter Shaffery, stated that the protest’s main priority is “to reduce this $2,000 a year burden that graduate students are placed with.” Having an extra $2,000, Shaffery said, could mean something as simple as having a savings account.

With Boulder’s infamously high cost of living along with other school expenses, many graduate students say these student fees make survival in graduate school a challenge. Shaffery, an applied mathematics Ph.D. candidate, said that waiving the fees is “an equity issue.”

Support for the walkout was widespread across campus. The Boulder Faculty Assembly, the United Government of Graduate Students and Congressman Joe Neguse all sympathized with CRC’s cause. Shaffery and other CRC organizers hope that this event will bring awareness of the economic challenges of graduate school in hopes of improving the CU community climate.

“When we are paid well, it allows us to be better teachers and assistants, increasing the productivity of the campus as a whole,” Shaffery said.

CRC hopes to build upon the momentum brought on by the walkout to pursue projects that address similar graduate school concerns, like maintaining a food stipend that is currently flooded with numerous applications for assistance. 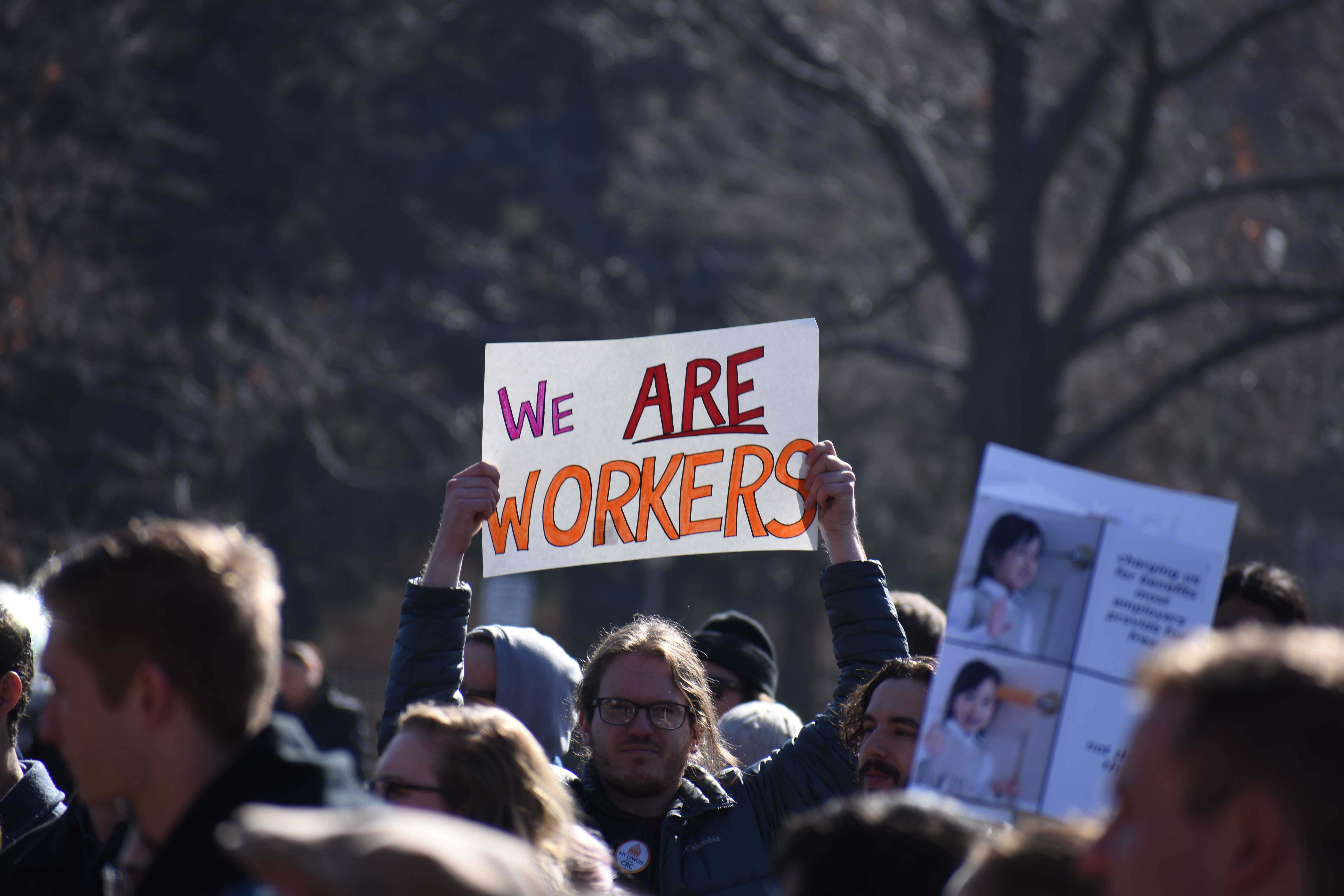 A grad student holds a sign reading “We are workers” at a walkout protesting student fees. Feb. 5, 2019. (Angela Smith/CU Independent)