What happens after: Title IX as an alternative to civil or criminal court 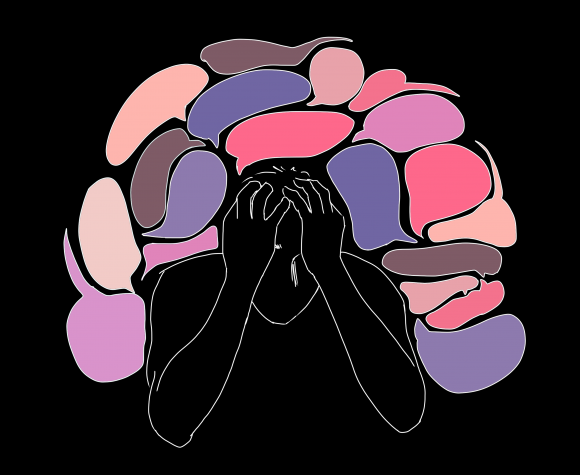 There are a few options for someone who’s experienced sexual misconduct, according to Aya Gruber, professor of law at CU. A criminal suit relies on state codes, as well as sometimes federal law, that outline certain actions as illegal. In Colorado, these include sexual assault, unlawful sexual contact, sexual assault on a child and statutory rape, as well as interfering with someone’s ability to consent. Criminal lawsuits require either a “beyond a reasonable doubt” or “clear and convincing” burden of proof, or standard for the prosecutor of a case to prove that the defendant is responsible. These two burdens of proof are the strictest possible.

In some misconduct situations, the actions don’t fit what’s outlined in state or federal law. In these cases, someone can file a civil lawsuit to seek compensation or protection for physical and emotional damage caused by the misconduct. The burden of proof for civil suits is lower, usually at “preponderance of evidence.” This can be easier for sexual misconduct cases, as there’s often not enough evidence to convict the perpetrator of a crime outright.

Gruber noted that for many survivors, they don’t actually want punitive justice; they just want to heal and continue their lives with as little extra trauma as possible. Survivors also often downplay the severity of what happened, which is one reason why reporting rates for sexual misconduct are so low.

“Sex crimes carry a stigma,” Gruber said. “If somebody punches you in the face or somebody penetrates a sex organ, people feel different.”

For a student, who likely doesn’t have much time or money at their disposal, pursuing a lawsuit is not a particularly viable option. That’s where Title IX can come in. In theory, a survivor pursuing a Title IX investigation can receive a satisfactory outcome that gives them safety, security and helps them to heal and continue their education uninhibited. There’s no statute of limitations for a report, so a student could decide multiple years later that they’re ready to go through with the investigation process. Students reporting offenses can also choose not to go through with an investigation, but they want the incident on record for one reason or another, in which case the school directs them to resources such as the Office of Victim Assistance (OVA). The school may make adjustments in living arrangements or class schedules to accommodate a student’s request.

At CU Boulder, the Title IX staff is part of the Office of Institutional Equity and Compliance (OIEC). Valerie Simons, the Title IX Coordinator, said that since her department was opened, there’s been a dramatic increase in reports of sexual misconduct, even though it’s still vastly underreported. The 2015 Sexual Misconduct Survey noted that 92 percent of students that experienced sexual assault did not report it to OIEC or police, with the most commonly cited reason being that students “did not think it was serious enough to report.” For the 2017-2018 school year, 243 reports were filed with OIEC. Of those, 124 were “referred to another office,” meaning that no investigation occurred. 11 were determined to have “no basis to proceed,” 7 were “informational only,” 6 had “no limitation on existing authority,” and 5 were pending.

For students that are interested in pursuing an investigation, there are currently two options. They depend both on what the student wants, as well as the available evidence to make a case. These would with the proposed new rules, though there are similarities between the current and proposed systems.

One option is informal resolution. This happens when a student, referred to as a “complainant,” doesn’t want a full investigation process, or if Title IX officials determine the incident did not rise to the level of severity and pervasiveness for a formal investigation. In this option, Title IX officials have a conversation with the alleged offender, referred to as the “respondent,” to make it clear that what they did was not acceptable. There’s currently no mediation between the two students, though the proposed rules say mediation would be allowed. In the 2017-2018 school year, 55 reports underwent informal resolution.

The other option is formal investigation, an adjudicative process. Neutral Title IX staff investigators gather evidence and testimony from both sides, then decide if the respondent is responsible for the charges brought against them. If they are responsible, then sanctions of some sort are frequently issued. These could include no-contact orders, suspension, or expulsion. In the 2017-2018 school year, 35 reports went through a formal investigation. Of these, 23 respondents were found to have violated policy and received some sort of sanction: 11 were suspended, six expelled, three given educational sanctions, two placed on probation and one referral to the Office of Student Conduct.

If either party of an investigation is unhappy with the outcome, they’re allowed to appeal within that school year. In the 2017-2018 school year, six of the decisions were appealed, with five upheld in entirety. The sixth case’s decision was upheld, but the sanction was reduced from expulsion to suspension.

There’s also no jurisdiction overlap between civil or criminal suits and Title IX investigations. Weigel said that the two systems just give more options to survivors, as each person will want a different outcome and path to recover.

Title IX also focuses more specifically on sex discrimination, encompassing actions that aren’t covered by state statute. This allows students to still get reprieve from a situation that’s interfering with their lives but isn’t technically illegal. This is also helped by the lower burden of proof in Title IX as opposed to a criminal case.

“We always want to give the power to the victims to decide how things proceed,” Weigel said.