‘The university chose to protect itself’: A student’s Title IX experience at CU 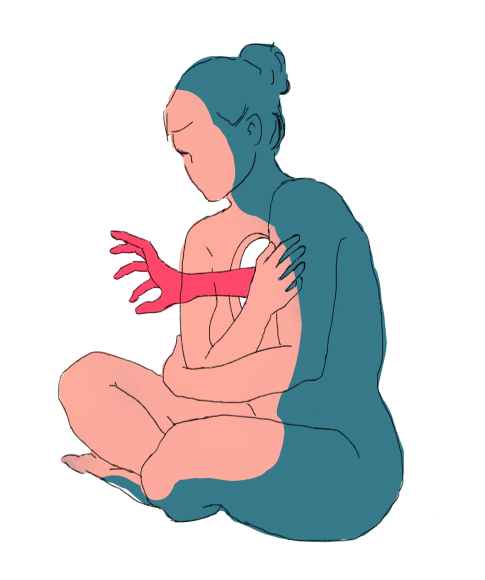 Editor’s Note: The student’s name has been changed to the initials C.W. per the student’s request to remain partially anonymous.

As she walked back to her residence hall on the night of Oct. 5, 2017, C.W. was sexually assaulted on the University of Colorado Boulder campus by a former fraternity member. After her assault, C.W., a CU student, pursued a Title IX investigation through CU’s Office of Institutional Equity and Compliance (OEIC) as well as used resources provided by the Office of Victim Assistance (OVA). The student was critical of both departments in the handling of her case.

“My initial assumption was that [OVA] had my best interest in mind,” C.W. said. “OIEC ended up botching some of my reporting procedures and my victim advocate didn’t inform me about a lot of resources that were available.”

When asked if she felt supported by OVA during the Title IX process, C.W. said that the office was limited by the university.

“I think [her advisor] and the office tried their best,” C.W. said. “I think they just don’t necessarily have all the resources and the ability to help as much as they can.”

The student called for more transparency within the process as well as better information on what resources are available for victims. She also pointed to better communication as a way to improve the process. Specifically, the student talked about the conflict between CU Boulder Police Department and CU within her case.

Both parties, according to C.W., had information that they were withholding from each other, leading to what the student described as a standoff between the two.

According to the student, CUPD had video footage of the outside of the dorm in which the assault had happened. Neither the student nor CU had seen this footage and after CUPD refused to release it for the university to see, CU put the student’s case on hold, saying it needed the footage to make a more complete report. This led CUPD to also hold the case, saying it wanted to hear back from the university about its findings.

When asked if an explanation was given to the student on why CUPD would not release the footage, C.W. said she was told that the department did not want to give over evidence had the case gone forward legally. According to C.W., CUPD did not want the footage to be seen by the male student and thus used in his defense.

“It was just incredibly frustrating,” C.W. continued. “It felt like I had started this process and was told that it was about my voice and my cooperation but it was completely out of my control. Anything that I pushed for went unheard.”

Ultimately, the male student was found not responsible by CU of any sexual misconduct. Due to this, CUPD never pushed the case to a trial.

After the final report, a no-contact order was put in place between the victim and the man, which C.W. says was violated after he came to one of her sorority events. The student was found guilty of violating this order and had to attend a 30-minute seminar about violating no-contact orders.

C.W. said she feels that CU took details of the case that never should have been considered. C.W. says that on the night of her assault she had been carrying a bundle of clothes from a party she was leaving. According to C.W., the university said she had later set these clothes down which was “a form of consent.” This was one of the reasons as to why the student accused was not found guilty.

Currently, United States Secretary of Education Betsy DeVos has proposed major changes to the Title IX process. C.W. used her experience to comment on the harmful effects she believes these changes may have on victims of sexual assault.

One of these changes is a redefinition of sexual assault. Under the Obama administration, sexual assault was defined as “unwelcome conduct of a sexual nature” that includes sexual advances, requests for sexual favors as well as other verbal, nonverbal and physical sexual conduct.

DeVos’ definition is much narrower, categorizing sexual assault as “unwelcome conduct on the basis of sex that is so severe, pervasive and objectively offensive that it denies a person access to the school’s education program or activity.”

“I think narrowing that definition is really limiting to a lot of people who have experienced unwelcome sexual misconduct,” C.W. said. “You’re being told that your assault isn’t assault.”

Another proposed change would encourage schools looking into an assault to allow accused students to cross-examine their accusers via representatives.

C.W. believes cross-examination is unfair for those who cannot afford to hire an attorney to defend them.

“In my case, we didn’t have the resources to higher an attorney and the person who assaulted me did,” C.W. said.

“I think that sets a precedent for someone with the legal action to write really pointed, accusing questions and for other parties to not have resources to address them,” C.W. said.

C.W. said she did not understand the involvement of the other party’s attorney until the release of the final report in which the student discovered the other party had submitted a lie detector test as well as had hired a private investigator. C.W. said that all interviews that benefited the male student were done through this private investigator.

“The testimony was twisted by the narrative they wanted to perpetuate,” C.W. said. “Whereas all of my interviews were done with the university officials.”

When asked about her thoughts on the proposed change that the universities need only to investigate incidents of assaults that happen on-campus, C.W. acknowledged this would not have impacted her specific case but would affect the way many other cases of assault are treated.

“Ever since this incident has been a part of my life, I have been very active in discussions with other survivors,” C.W. said. “The majority of victims who get assaulted, it happens at places off-campus.”

C.W. referenced the alleged drugging which took place at a fraternity on University Hill in October as an example of when students evade being held accountable by the university.

Of the 13,000 CU students who took the 2015 Sexual Misconduct Survey, 45 percent reported that their assault had occurred at an “off-campus residence in Boulder.” Under DeVos’ proposal, CU would not be liable for this 45 percent.

After her experience, C.W. said her relationships with others were greatly changed. She explained how the male student, as well as all of his witnesses, were from the same town in which she had grown up in.

“Everyone in our community had an opinion,” C.W. said. “I don’t go home anymore because I don’t have people there.”

C.W. said everyone in her town began to take sides on the matter.

“Either they chose a side, or they took an ignorant bystander stance where they’re like ‘we’re just not going to acknowledge that this happened,’” C.W. said. “That was the biggest backlash for me, was I lost friends from home, I lost respect from home.”

For C.W., this personal impact made her decision to stay at CU hard.

“It felt like the university had chosen to protect itself rather than its students,” C.W. said.