Funding, fieldwork and food: The government shutdown in Boulder 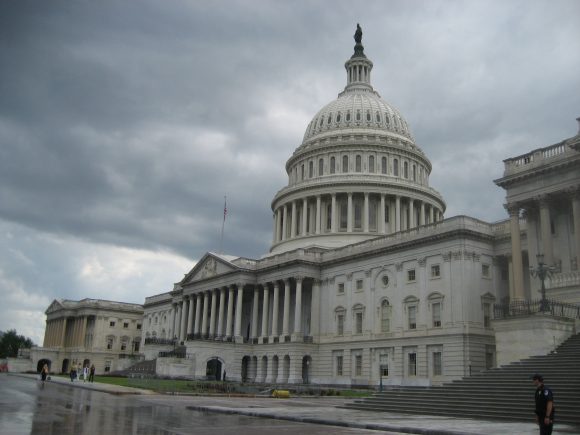 On midnight, Dec. 22, 2018, the government of the United States was partially shut down due to disagreements between Congress and President Trump over funding for certain federal operations. This has led to nearly 800,000 government workers being affected, as some are working without pay or being furloughed.

Currently, the government has been shut down for 33 days, making it the longest shutdown in U.S. history. At the University of Colorado Boulder, students and faculty are saying they are beginning to see the effects.

A potential impact on research and funding

The funding drives discovery and innovation by the university and aids research in areas such as bioscience, energy and aerospace. These fields of study are “impacting the lives of people across the world.”

Fiez also cited the potential impact that the shutdown may have on the university’s staffing and partnerships with local federal labs.

“We remain hopeful Congress will reach an agreement very soon,” Fiez wrote in her statement.

However, weeks later on Jan. 18, Fiez released a second update.

“[The shutdown’s] effects are real and growing,” Fiez wrote.

In the update, Fiez reassured that in spite of the challenges posed by the shutdown, the majority of CU’s work is continuing.

“CU Boulder stands with those individuals coping with challenges caused by the shutdown,” she wrote.

Chris Yankee, director of research communications at the Research & Innovation office at CU, told the CU Independent about some of the people who have been directly impacted by the shutdown, specifically referring to the National Oceanic and Atmospheric Administration (NOAA).

Currently, the NOAA has a joint institute with CU called CIRES, which conducts research on multiple areas of study, such as climate and weather. According to Yankee, 380 people have been displaced from NOAA and are currently looking for other work.

“Several dozen of the NOAA-based people have kids in the Commerce Children’s Center – which is on federal property and shutdown, too,” Yankee told the CUI in an email. “Daycare is a significant challenge.”

The CIRES staff at NOAA remain working and on pay, according to Yankee.

When asked when the Research & Innovation office began to feel the impact of the shutdown, Yankee told the CUI that many of the impacts on campus were related to “uncertainty across campus about how people might be affected.”

“Early effects were minimal but they are becoming more significant,” Yankee wrote.

Regarding the university having put forward strategies should the shutdown continue, Yankee said many departments at CU and beyond are monitoring impacts and having conversations about “mitigating those impacts.” He went on to say that departments are developing plans to address the possibility of the shutdown continuing but would not give specifics.

A student and faculty trip disrupted

Students and faculty weighed in on their experience during a recent course expedition to Yellowstone National Park, citing various ways that the shutdown affected their trip. The course “Ecology and Adaptation: Animals & Humans in the Yellowstone Ecosystem,” ran from Jan. 1 to Jan. 10 with the hopes of exposing students to the world of fieldwork.

“There’s definitely obstacles that can be in your way, and [the shutdown] was definitely one of them,” said Sarah Dehning, a CU junior and one of the students in the course.

One intended aspect of the trip was for students to learn about the parks use of tracking wolf packs through radio collars. For Dehning it was “extremely frustrating” that this research could not proceed due to the restrictions created by the shutdown.

Professor Joanna Lambert, who led the trip, said the ability for students to interact with National Park Services scientists was the “centerpiece of the course.”

“Those individuals are on furlough, of course, and couldn’t come into the park at all,” Lambert said.

With no park employees to maintain the area, Lambert explained how nearby communities were coming into the park to take care of tasks such as cleaning bathrooms.

Additionally, roads were also being maintained by the private hotel chain within the park, which Lambert said was “critical” to the students’ ability to travel to certain areas.

The Big Red F, a local restaurant group with businesses ranging from Pearl Street to Kansas City, has begun offering lunch to those affected by the shutdown.

According to Dave Query, chef and owner of the Big Red F, he had been told by colleagues that furloughed workers were among some of his company’s customers.

“[Customers] in there, they were talking about how hard it was, and so we just took it by the horns and said, ‘well, let’s do this, and that’s what we do,’” Query said.

The restaurant group, which regularly participates in philanthropic projects, has thus far served just under 900 meals to furloughed workers with plans to continue until the shutdown ends.

“We’re in it for the long haul,” Query said. “If it lasted for a year, that might create some financial hardship, but we would probably figure out something else to do at that point.”

The group currently has a family fund for employees in crisis, which helped provide $15,000 to more than 25 employees in need during 2017, according to their website.

Despite multiple spending bills now being passed by the House of Representatives, members of the United States Senate have yet to bring any bills to a vote due to President Trump’s threat of a veto.

With Congress and the president unable to come to an agreement, politicians are unable to provide a definitive answer as to when the shutdown will end.